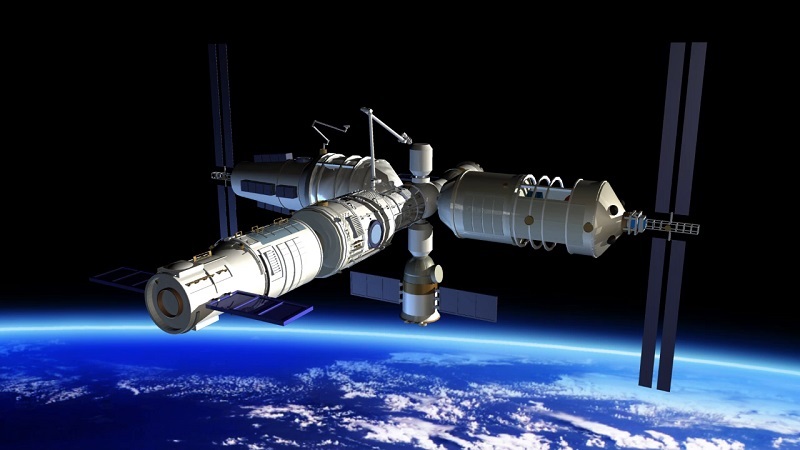 
China is working on the development of a space telescope capable of offering research capabilities in astronomy rivaling that of Hubble. If all goes as planned, the observatory could be launched as early as 2024.

A Chinese station called “Tiangong” (Heavenly Palace) will soon join the ISS in orbit, before taking over definitively in a few years. Aboard this structure, which will consist of three modules, Chinese taikonauts will conduct experiments and prepare for future long flights.

A new observatory in orbit

Once completed, the Chinese station will also be joined by a space telescope named Xuntian. Scheduled to be placed in orbit in 2024, it will have a mirror two meters in diameter, comparable to that of Hubble (2.4 m). However, the Chinese observatory should benefit from a 300 times greater field of view to that of his old American cousin (31 years old, but still so prolific), while maintaining a similar resolution.

The wide field of view will allow the telescope toobserve up to 40% of the sky over ten years in the near ultraviolet and visible light.

A priori, Xuntian will co-orbit around the Earth with the Chinese space station and will be able to moor periodically at the future outpost responsible for supporting the crew. “This will help us refuel the telescope and perform upgrades directly in orbit“, Zhou Jianping, chief designer of the Chinese human space flight program, declared last March.

The Hubble Telescope, meanwhile, had required several mission flights with U.S. shuttles to repair, upgrade, and replace a variety of components and systems. Being able to manage these operations directly in orbit will therefore be a “plus” for China.

Meanwhile, four research centers are under construction to analyze the data collected by the telescope. The most notable objectives include studying the properties of dark matter and dark energy, and the formation and evolution of galaxies. The observatory should also contribute to the detection and monitoring of transneptunian objects (TNO) and near-Earth asteroids.

In the meantime, China is preparing to conduct eleven launches between this year and next year (including four manned missions) to assemble its station in orbit. The base module, named “Tianhe”, is expected to be launched from Wenchang base over the next few weeks aboard a Long March 5 rocket.