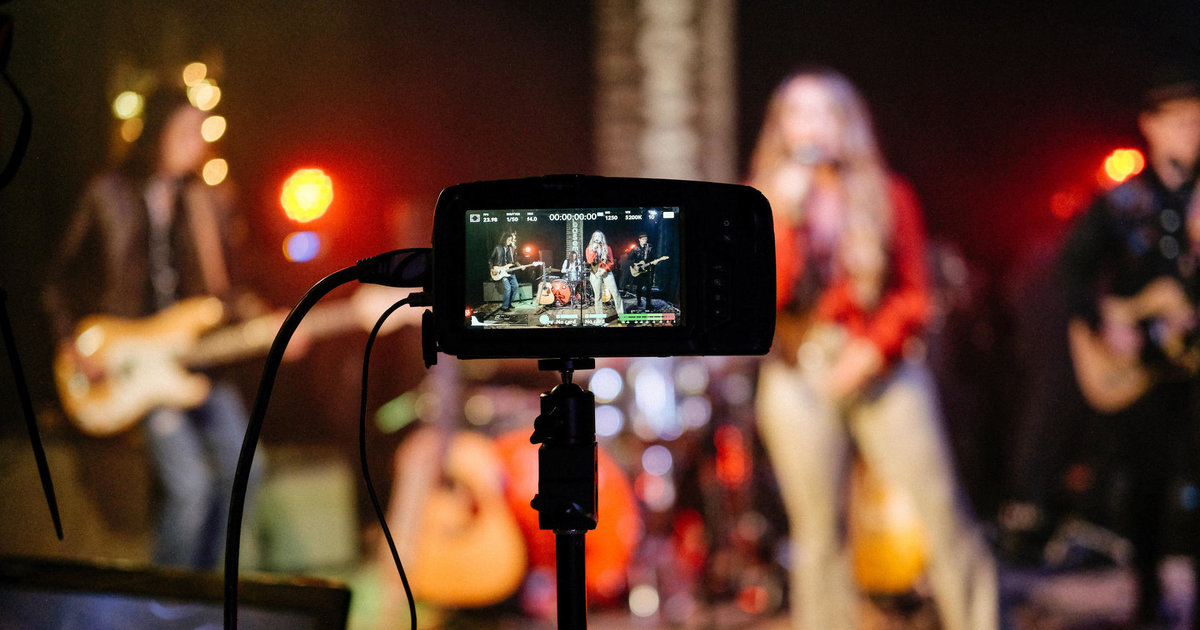 In the midst of a crisis in the live industry, the news sounded like a booming bass: in mid-January, the American entertainment giant Live Nation announced that it had made its first big investment since the start of the pandemic by becoming majority shareholder of Veeps. Veeps? A platform founded three years ago by Joel and Benji Madden, ex-members of the group Good Charlotte, and dedicated to concerts… in streaming. Live Nation had its nose: in 2020 alone, Veeps hosted no less than a thousand.

Performances filmed and broadcast live from thousands of kilometers away: from Dua Lipa to Grand Corps Malade, from Maître Gims to Patti Smith or Gorillaz, many have tried the experience in recent months. And if the first confinement flooded us with videos of guitars strummed in artists’ kitchens, the formula has gradually become more professional. Until today appearing as a serious model, capable of countering the current cultural paralysis – even of surviving it. What arouse the appetite of some as well as the fear of others. Could the recordings replace the thrill of live, real?

The answer begins with a (big) question: that of monetization. Are the public ready to pay for a virtual show? An example seems to confirm it. In October, two livestream concerts by K-pop group BTS raised some $ 44 million. A total of 900,000 fans around the world have logged in to follow the concert, filmed in Seoul and broadcast in ultra-high definition. Emblematic case or exceptional success?

Rather the second option, according to Vincent Sager. “K-pop is a very particular phenomenon, almost a religion,” says the director of Opus One. And to recall that outside of the BTS experience, the industry has rarely brandished livestream revenues – few would be profitable. “The cost to put on a show like this is monstrous. It’s a bit like opera: crazy creative energy for very few performances. ”

The most publicized streamed concerts have one thing in common: their polished and XXL staging. Like the giant 3D spiders swarming above Billie Eilish during her virtual October show. Or the 50 cameras dispatched to Dubai to capture Kiss’s explosive performance on New Years Eve, with flames and fireworks as a bonus.

Show, often accompanied by personalized bonuses. Like being able to zoom in on your favorite BTS singer, or meeting (virtually) Boy George – for the sum of 230 francs. “We could imagine, during a Justin Bieber concert, paying a VIP ticket to follow a camera backstage, or even click on Justin’s cap and see an Amazon window open offering us to buy it,” Michael adds. Drieberg, boss of Live Music Production. The livestream allows real interactivity. ”

And a new point of view. “In front of a large stage, from ten meters, we look at the screens. The livestream, like sport on television, allows you to observe details, slow motion … without the problems of parking and babysitting. ” Less friendly, more comfortable: an experience that, instead of replacing that of face-to-face concerts, would complement it – even after the end of the pandemic, says Michael Drieberg.

Not enough to upset the live industry therefore, even less in Switzerland where artists likely to dematerialize have already deserted the rooms. “Because of the price of the tours, big fish like U2 now only do one or two dates, usually in Zurich: 80,000 people see them, 6 million miss them! In this case, a retransmitted concert would be a plus. “

From gaming to concerts

As for Swiss musicians, they seem far from adopting paid streaming. “To my knowledge, no one has yet tried the experiment,” notes Sébastien Vuignier, director of the artist agency TAKK Productions. But the first steps are taking shape. Like that of the Baloise Session, a festival organized by the insurance group of the same name which, in the fall, filmed Bastian Baker and his guitar on the rooftop of the Royal Savoy. “The cachet was more modest than normal but quite decent, and the audiences rather good, notes Sébastien Vuignier, Swiss agent of the singer. The track of free concerts, supported by sponsors, seems to me the most realistic. “

And yet, the web scene can pay off big, retort the streaming platforms. Which are multiplying, newcomers like the French Gigson to Facebook, which now allows to monetize its live videos. Without forgetting the heavyweight of the sector: Twitch and its 6.2 million users. Originally intended for gamers who broadcast their games live there, Twitch has gradually opened up to cultural content and in particular to concerts – which flourished on the site during the lockdown.

Diffusion of advertisements, donations in virtual currency or paid subscriptions to the artist’s channel, the sources of income are multiple. Among the streamers, Mike Shinoda of the group Linkin Park but also many emerging musicians. “Some of our independent artists have found success during the pandemic. Canadian pop singer Sereda, for example, entered the charts and sold 10,000 dollars worth of albums in a month thanks to the community built on Twitch, ”explains Tracy Chan, head of the Music sector.

Community: the key word of the platform, which encourages exchanges in order to retain fans. “Not only chat between two songs but also create with them, by inviting them to compose the setlist or even the rhythms live,” underlines Tracy Chan. To guide artists through the virtual adventure, Twitch offers them a coaching camp and free streaming software.

Boosted by the pandemic, an entire ecosystem is developing – down to the local level. Jérôme Perakis is the founder of We Can Live on Mars, a company based in Chexbres and specialized in digital communication. He who already offered livestreams in the context of business meetings began to receive requests for concerts. A godsend for this computer ace “with an artistic flair”. “I usually come alone, with several cameras that I move using Playstation controllers. Unlike the big broadcast companies, I offer affordable costs for small clubs. ”

Like the Cityclub of Pully, where he captured the duo Cyril Cyril last month – with virtual hat at the end. Technically stimulating, but less for artists, agrees Jérôme Perakis. “They have to play hard in front of an empty room. We’re kind of their worst nightmare! ”

It is not Cyril Bondi, half of the Geneva group, who will contradict him. “At the end of the songs, we were looking at our feet. There is no return, neither during nor after the concert. We lose all that contact. ” If the percussionist jumped at the opportunity to replay and “make the technicians work”, he remains critical of the livestreaming model, which is difficult to achieve and, above all, deprived of soul. “We’ve been pushing musicians to digitalize everything for years. But these platforms are more like start-ups where we talk about technology and very little art. Whereas a concert is above all a social adventure! It is not for nothing that we do not speak of digital art but of living art. ”