why the “pulses” of meltwater threaten Greenland 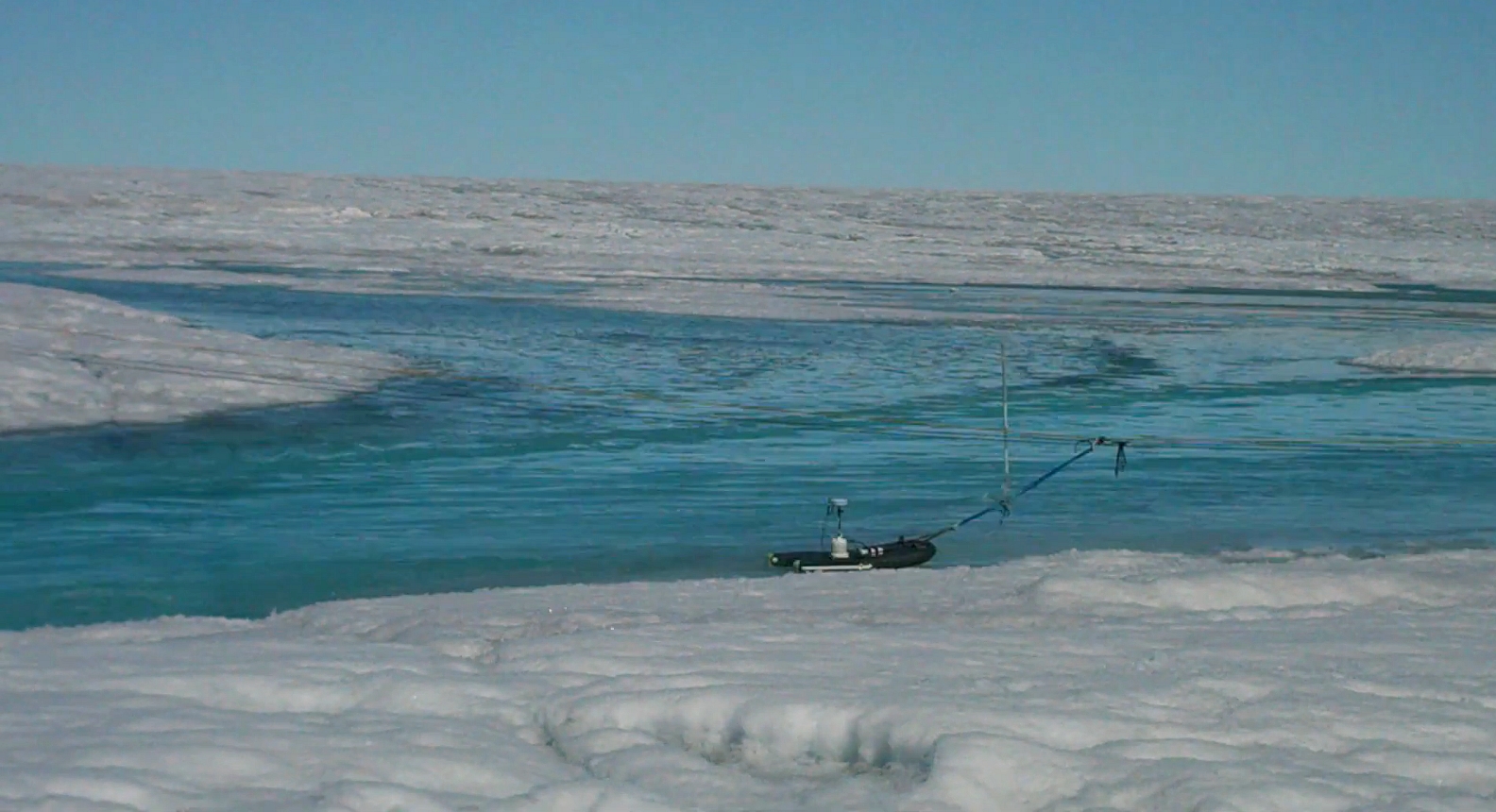 For the first time, the daily pulses of meltwater that occur in Greenland during the hot season have been studied in detail. In particular, the measurements obtained show their important contribution to subglacial lubrication and the consequent acceleration of the cap towards the ocean. The results appear last month in the journal Geophysical research letters.

For several decades, in connection with the global warming of the atmosphere and the ocean, the Greenland ice sheet has been losing mass at an accelerated rate. However, the melting process does not look like ice cream left in the sun. Indeed, the polar caps are subjected to a complex dynamic which makes it difficult to quantify their evolution in a warmer climate.

One of the processes still poorly evaluated is the lubrication of the base of the ice sheet by meltwater originating from the surface. By digging cavities – named mills – in the inlandsis, the latter makes its way to the bedrock where the ice cap rests. Like tires moving on a wet road, the resulting reduction in grip ultimately accelerates the flow of outlying glaciers towards the sea.

Recent measurements taken on the Russell Glacier (southwest Greenland) in mid-summer 2016 provide a better understanding of how the mechanism works. During this expedition, the researchers evaluated the quantity of water discharged into a mill from a glacial torrent fed by a basin of about 60 km². By subtracting the water entering the mill and that leaving at the level of the ice front, the scientists were able to deduce the quantity stored under the ice. In addition, measures GPS made it possible to measure the movements of the latter.

The importance of the daily pulsations of meltwater

Thus, it was possible to build an image, certainly local but coherent, of the phenomenon of lubrication and its impact on the glacier. In particular, the researchers observed a significant daily oscillation associated with fluctuation in solar radiation. When the latter progresses with the advance of the day, the melting increases and the flow of the torrent increases accordingly. However, the inertia means that the maximum flow occurs several hours after the peak of sunlight. In addition, the effect of the daily pulses of meltwater on the movement of the glacier is delayed by a few additional hours.

Finally, the time between the peak of sunshine and the associated peak of glacial advance reaches about 9 hours. In other words, it occurs during the evening. In addition, the data shows that the impact is greater the greater the energy available for melting – typically on hot, cloudless days. But above all, that the sliding speed of the glacier was more modulated by the speed at which the subglacial water stock evolves than by the volume of water as such. Hence the importance of considering these daily pulses, responsible for significant variations in water – and therefore pressure – under the ice.

” If you have a rapid disturbance of the water entering the subglacial system, you are overflowing the system, and you are essentially creating a layer of water at the interface [entre la base du glacier et le socle rocheux] which is no longer contained in the canals or cavities Says Lauren Andrews, co-author of the study. With these unprecedented results, the authors hope to improve understanding of the process and its representation in climate models.