Why did Bill Gates buy so much farmland in the United States? 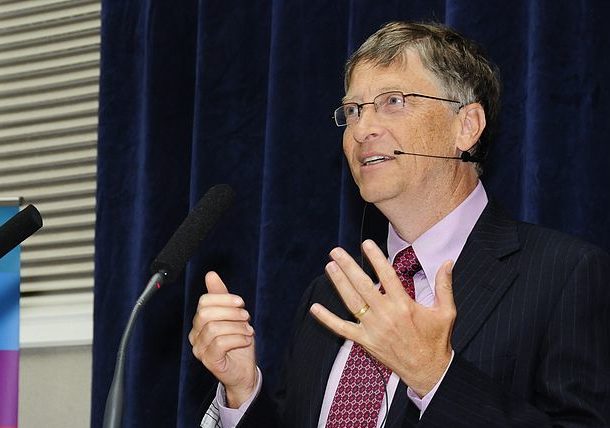 During a frequently asked question for the promotion of his new book on the climate, Bill Gates spoke about his multiple purchases of farmland. According to him, these are not related to the climate. Nevertheless, his explanations are quite puzzling.

On February 17, 2021, Bill Gates released the book Climate: how to avoid a disaster. The famous billionaire addresses it the urgency of climate change and proposes an action plan in order to achieve carbon neutrality. A few weeks later, the founder of Microsoft launched a frequently asked questions on the Reddit platform, inviting internet users to ask him “Any question”. One participant asked Bill Gates why the latter had recently invested heavily in agricultural land.

As the New York Post on February 27, Bill Gates is today the first owner of farmland in the United States. The billionaire owns 97,000 ha of agricultural land and nearly 11,000 ha of other land. These possessions are found in 19 states, including nearly 28,000 ha in Louisiana and over 19,000 ha in Arkansas. When asked by the Internet user, Bill Gates first replied that his investment group had indeed made this choice, but that it had no connection with the climate. Then he gave more details, making things rather confusing.

Indeed, the interested party recalled that the agricultural sector was important and even mentioned biofuels:

“With more productive seeds, we can prevent deforestation and help Africa cope with the climatic challenges it already faces. It is not known how cheap biofuels can be, but if they are inexpensive, they can solve emissions from airplanes and trucks. “

A question that remains unanswered

Ultimately, no one really knows why the co-founder of the Bill & Melinda Gates Foundation (BMGF) suddenly had a interest in farmland. Is this a way to increase your personal assets while helping to protect the environment? Perhaps. Does he want to revolutionize the US sector with sustainable agriculture? Nothing can be certain.

In March 2021, Bill Gates sparked a controversy over nuclear power. Indeed, he said that nuclear would be essential in the near future, representing a more realistic alternative to fossil fuels than renewable energies. He considered that despite the disasters of Chernobyl (1986) and Fukushima (2011), nuclear power remained safer than any other source of energy.