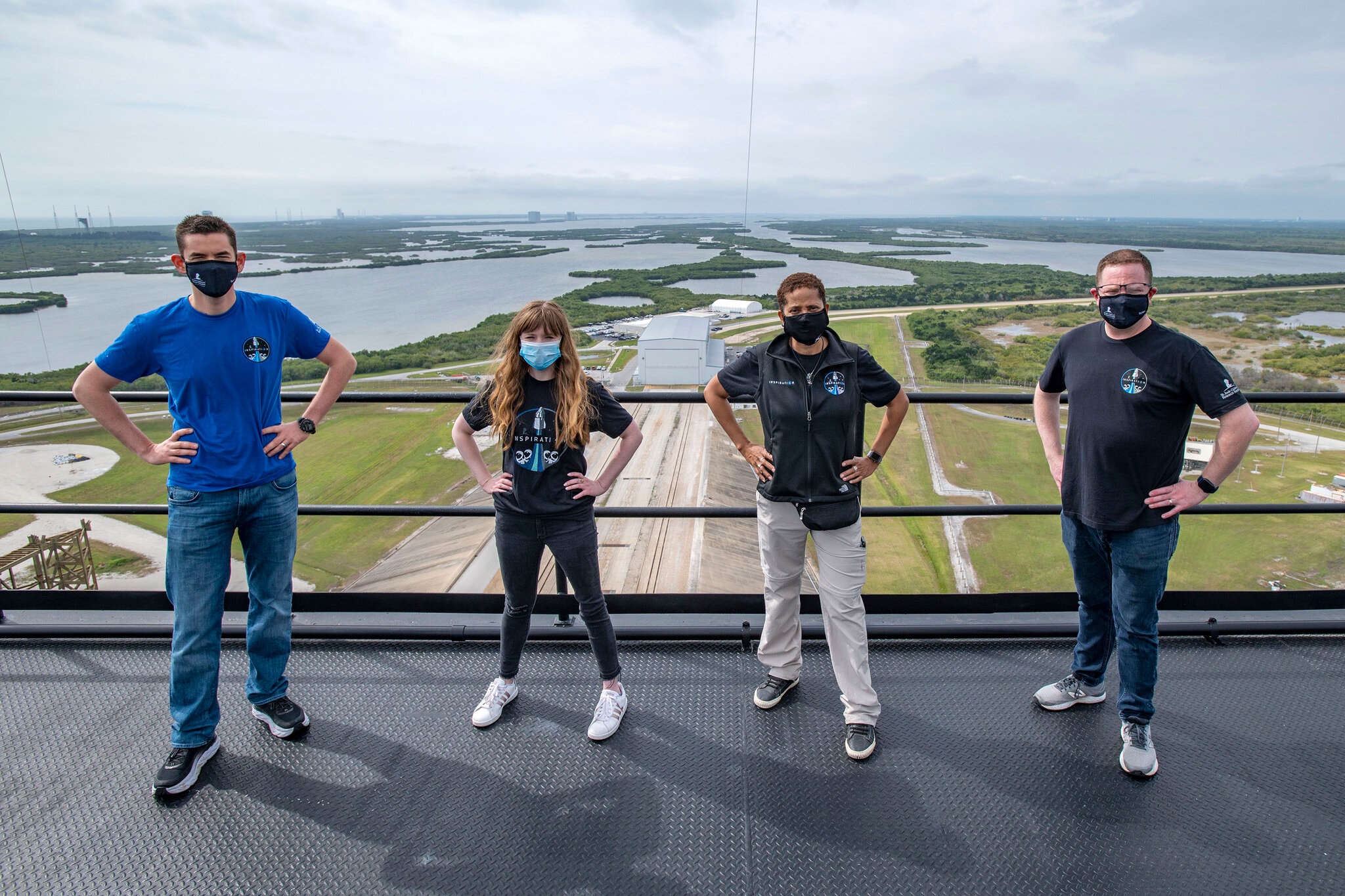 
Entrepreneur and philanthropist Jared Isaacman will travel with SpaceX this year on an all-civilian mission. Three people will accompany him in this crazy adventure. Together, they will therefore be the first to orbit the planet without the presence of a professional astronaut.

You’ve probably heard of it. Jared Isaacman, Founder and CEO of Shift4 Payments, will travel this year with SpaceX as part of the first fully civilian mission of the company, called Inspiration4. The contractor, who is also a pilot, will command a crew of four aboard a Crew Dragon capsule.

The billionaire donated the other three available seats. Through this project, Isaacman said he wanted to give non-billionaires a chance to take a ride in space. He also intends to raise funds for St Jude Children’s Research Hospital in Memphis which treats children for free against cancer and other illnesses.

One of these seats, as we have known for several weeks, has been allocated to Hayley Arceneaux, one of the employees of this hospital. It is also this same institution which treated him of bone cancer in 2002 when she was only ten years old.

Hayley Arceneaux will become in the process the first person with prosthetics to go to space. Metal rods indeed replace parts of his left tibia-fibula. Finally, at 29, she will also be the youngest American to fly in space, blowing the record for astronaut Sally Ride who was only 31 years old for her first flight in 1983.

The lucky second is Sian Proctor, 51, professor at the Community University of Tempe (Arizona).

Dr. Proctor had almost become an old-fashioned astronaut. In 2009, she was indeed one of the 47 finalists selected by NASA from 3,500 entries. The space agency had ultimately chosen nine new astronauts, but it was not one of them. She then applied twice more, still without success.

Finally, when NASA announced another round of requests last year, Dr. Proctor did not even commit. “I said to myself “No”, because I felt that this door had closed.“, She explains. “But I was really hopeful that in my life some commercial space might be available for me. On the other hand, I never imagined that it would come like this and so quickly!“.

In 2013, Sian Proctor also joined a group of six people who lived for four months in a small building on the side of a Hawaiian volcano. Funded by NASA, this experiment aimed to study the effects of the isolation and stress inherent in a long trip to Mars on the human mind.

Finally, the last seat is assigned to Christopher Sembroski, 41, from Everett, Washington. The latter works on data engineering for the Lockheed Martin company.

Sembroski had simply donated fifty US dollars to the hospital and he wasn’t supposed to go to space. In fact, a friend of his won the loot. The latter, who wishes to remain anonymous, has finally decided not to go to space. Knowing his friend’s interest in this environment, he therefore offered him the prize.

While in college, Christopher Sembroski worked as a counselor at Space Camp, an educational program in Huntsville, Alabama, giving children and families a taste of life as an astronaut. He also volunteered for ProSpace, a nonprofit advocacy group that pushed to open up the space to more people.

Mr. Sembroski, who describes himself as the “guy always behind the scenes, who wants to help others achieve their goals and take center stage“, Finds himself today in the spotlight, a little uncomfortable. “Everybody’s doing it for me this time“, He explained. “And it’s a completely different and unique experience“.

A few days after hearing the news, Dr. Proctor and Mr. Sembroski accompanied Jared Isaacman to Los Angeles to visit SpaceX headquarters and undergo health assessments at the University of California.

Tuesday, March 30, 2021, after the official announcement at the Kennedy Space Center, the four crew members traveled to Philadelphia to integrate a giant centrifuge, simulating the strong forces they will experience during launch and re-entry into the atmosphere. Their training at SpaceX in California will also be similar to that of NASA astronauts piloting SpaceX rockets.

At the end of April, Isaacman also plans to take them on a three-day camping trip to Mount Rainier in Washington so everyone can get to know and trust each other.

On D-Day, the capsule and its occupants will circle the Earth at about 570 km altitude, which is about 130 km higher than the International Space Station. Originally scheduled for next October, the launch date could be brought forward to September 15.