What you need to know about self-tests, coming soon to pharmacies 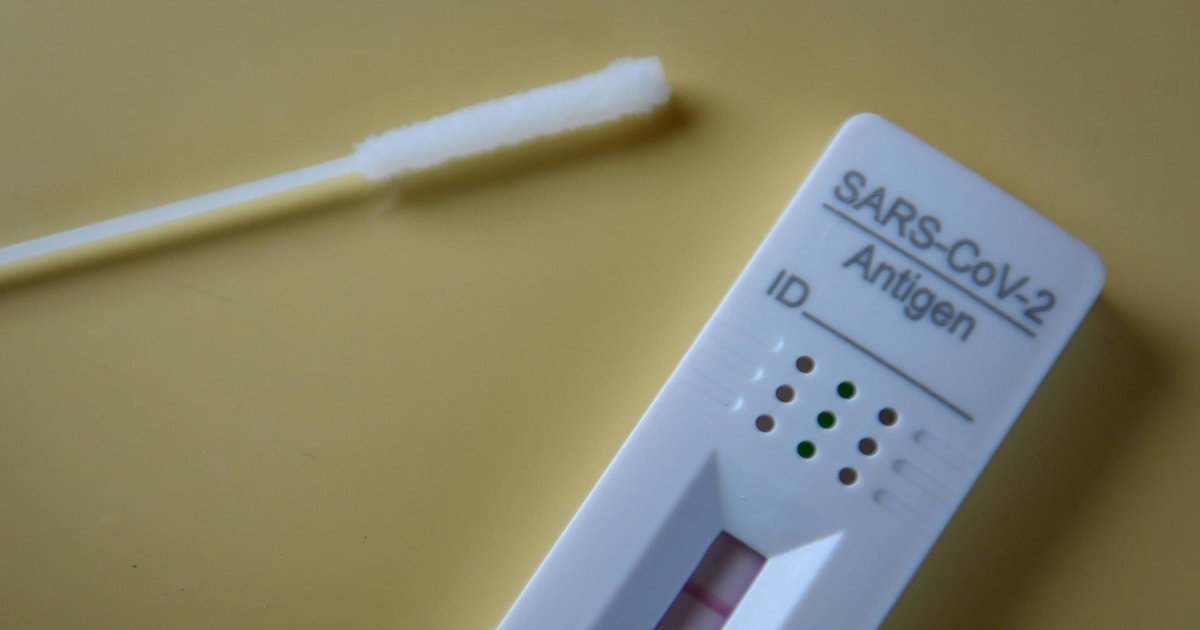 1- When and where will they be available?

In an interview with the SRF on Saturday, Alain Berset indicated that the quick home self-tests would be available from Wednesday April 7 – in other words, only after the Easter weekend. The tests will only be available in pharmacies, as currently provided for in article 24, al. 4bis, from the ordinance of June 19, 2020. Several manufacturers have contacted the FOPH and Swissmedic for a few weeks to obtain an approval file. Self-tests are among the medical devices for which exceptions are made in the event of an emergency, to speed up their availability.

When they arrive, the self-tests could well be taken by storm, as happened in Germany. The Aldi or Lidl chains, which on March 6 offered lots of 5 self-tests at prices between 22 and 25 euros, were immediately out of stock and, this Monday, March 29, the “Schnelltest Corona” are not available. still not once again become available for purchase on many medical equipment sites, such as Doccheckshop or Rossmann, overwhelmed by demand. In France, the government which had announced that future self-tests would also be available in supermarkets finally backed down, in front of the sling of pharmacists. In Belgium too, self-tests will only be issued in pharmacies.

2- How much does it cost and who will pay?

The Confederation pays for up to 5 rapid tests per person per month, you just need to go to the pharmacy with your health insurance card to receive your prize for the month. Additional tests will need to be purchased. The prices are not yet known. In Germany, they fluctuate between brands and distributors between 5 and 10 euros each.

Read also: How to navigate the jungle of SARS-CoV-2 screening tests?

Self-tests are antigenic tests that you can do on yourself. The principle is to thread a swab (a small brush with a handle) parallel to the nasal passage, 2-3 centimeters inside the nostril (the sample is therefore shallower, and normally less painful, than the rapid nasopharyngeal tests currently performed in test centers). It is then necessary to turn it several times by rubbing it on the nasal wall, then repeat the same maneuver with the same swab in the other nostril. After having immersed the swab in a tube fitted with an extraction buffer, a few drops of the solution thus obtained are poured onto a small reader similar to those used for pregnancy tests. The result appears in about 15 minutes: a control line certifies that the test has been done, and if a second line appears, even fuzzy or incomplete, it means that the test is positive. Differences may exist between brands and models of tests. In Spain or England, these tests are used in schools, by children.

4- How reliable are these tests?

Self-tests are less sensitive than PCR tests, their precision is equivalent to that of rapid tests performed in testing centers. To be approved, a rapid test must meet several criteria: according to the recommendations of the Coordinating Commission for Clinical Microbiology of the Swiss Society for Microbiology, it must have a sensitivity of at least 85% (tolerance of 15% maximum of false negative results) and a specificity of 98% (tolerance of 2% at most false positives). The degree of effectiveness is also related to the time elapsed between the date of infection and that of the test; all tests, even PCR, can miss early infections when the viral load is too low. But the self-tests have other specific limitations.

– The harvest is done in a place of the nose shallower, where there seems to be less viral load (but this is good because the test is less complicated than it can be done on oneself).

– Second limit, the conditions of the levy. “Most of the tests on the self-tests were carried out under medical supervision, with very fresh instructions,” explains Didier Trono, the EPFL virologist and member of the covid task force; we do not know at all the conditions under which people will carry them out at home. ” Will we be sure that this levy will be done?

– Finally, we cannot be sure of the quality of the reading of the results: “We could fear that the interpretation is oriented, perhaps we will be more inclined to interpret somewhat borderline results as negative if we are tests, for example, in anticipation of an exit, ”continues Didier Trono.

For the virologist, “the self-tests cannot be a blank check to go out without taking the usual precautions”. But they can be seen as an additional way to detect infected but asymptomatic people. This is at the heart of the Confederation’s screening strategy.

Also read: In the cantons, mass screenings in dispersed order

5- What to do with the result of my self-test?

Cases diagnosed as positive must be confirmed by PCR tests (in this case fully supported by the Confederation), then go into isolation and their contacts can be traced. These are all additional cases detected, cases which without these self-tests would perhaps have remained invisible: these tests, which can be done at home at will, lead to greater acceptability, and should be done in a more trivial, more regular way.

For negative cases, there will always be some doubt. And there is no question of abandoning the usual preventive measures – mask, social distances and hygiene measures remain essential. If you have symptoms, you should go for a PCR test.

6- Could a generalized use of these self-tests change the situation?

For the president of the Conference of Cantonal Directors of Health, Lukas Engelberger, who said so in the Sunday newspaper this weekend, these self-tests “have the potential to fundamentally change the situation. If everyone can regularly perform a self-test in their bathroom in the morning, the load on pharmacies and testing centers would be reduced. ” Do the self-tests show the way to reopen restaurants, cinemas and sports halls?

Professionals first ask the question of follow-up: not sure that all positive people will spontaneously announce themselves and go for a second test, PCR this time, which will lead to their quarantine and their tracing. contacts. Some may prefer to isolate themselves at home without saying it, or even not isolate themselves at all. In other words, massive use of these tests could ultimately affect the statistics of the epidemic, which would no longer reflect the full reality of contamination. Paradoxically, monitoring would therefore be more complicated.

On the same topic: Genetic screening and surveillance, the two challenges awaiting Switzerland

Then, even without false negatives and false positives, 5 free tests per month would not be enough, it would take at least the double of them to be able to identify on D + 3 or 4 the new infections which would not have been detected at the very beginning.

The self-tests can therefore only play a complementary role. “A negative test should not lead to a false sense of security and unreasonable behavior, writes the FOPH on its website, wearing a mask, taking hygiene measures and respecting distances are still necessary and are essential. ”

“We regularly discuss all these limits with our international colleagues”, recognizes Didier Trono, for whom self-tests, if they can represent additional security before going to meet friends or participate in a collective event, remain only the worst. – go, while waiting for the vaccines. Not a highway to a reopened life, a simple spare tire.