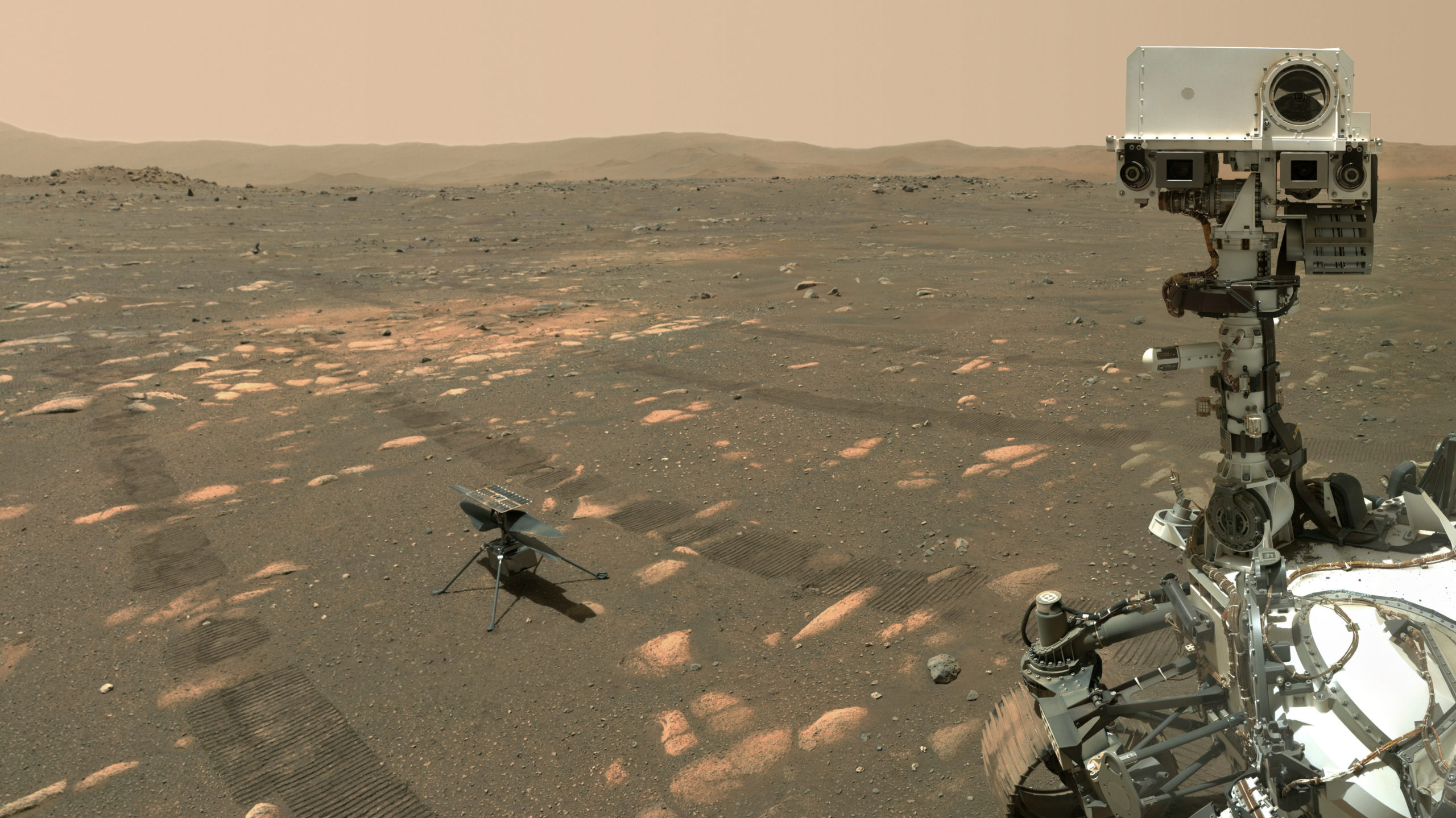 
NASA is so excited about Ingenuity’s progress that Ingenuity will go into extra time. And incidentally, he will rise in rank. Over the next thirty sols (Martian days), the small helicopter will help Perseverance spot sites and other targets of interest to explore. Never seen on another planet.

He had only one goal, that of successfully flying to Mars. Finally, after having proven four times that powered and controlled flight is possible on the Red Planet, Ingenuity will soon embark on a new demonstration phase at the service of Perseverance. This new work will also be of considerable support for the successors of the rotorcraft destined for the future exploration of Mars and other worlds.

“Ingenuity’s technology demonstration was a resounding success ”, a declared Thomas Zurbuchen, Associate Administrator of the Scientific Missions Directorate of NASA. “As the rotorcraft remains in excellent health, we plan to use it for the benefit of future air platforms while prioritizing and moving forward with the short term science goals of the Perseverance team ”.

So far, all rotorcraft flights have involved hovering or round trips. During its last test, the fourth, the rotorcraft, for example, moved 133 meters in a southerly direction, before returning to land at the very spot where it had taken off, in the Wright Brothers Field.

For its fifth flight, Ingenuity will fly this time one-way to land at a new site. If all goes well, the new operations will begin in about ten days, after this fifth test.

This new operational phase will only involve one-way flights, each requiring more precision maneuvering and greater use of its aerial observation capabilities. In other words, engineers are going to take a lot more risks.

As of April 26 (sol 66), Perseverance had only traveled about ten meters in Jezero crater, heading south, to try to identify potential targets. Over the next few weeks, the rover will continue in this direction for about two kilometers, focusing on the most interesting rock outcrops.

In support, Ingenuity will be able to carry out aerial observations of Perseverance’s scientific targets, and even suggest potential routes, while capturing stereo images for digital elevation maps.

Extensions until the end of August

The rate of flights during this operational demonstration phase will no longer be the same. Ingenuity will no longer fly every few days, but about once every two or three weeks. All of these forays will be carefully timed to avoid interfering with Perseverance’s scientific operations.

The Ingenuity team will take stock of this work after 30 sols and finish flight operations at the latest. at the end of August. The researchers will then have time to conclude the first phase of the rover’s scientific activities until mid-October. During this period, Mars and Earth will be positioned on either side of the Sun (conjunction), which will block communications for a time.

Next, Perseverance will head north, then west, then targeting the Fossil River Delta of the Jezero crater. Ingenuity will likely be left behind after completing all of its goals and more.