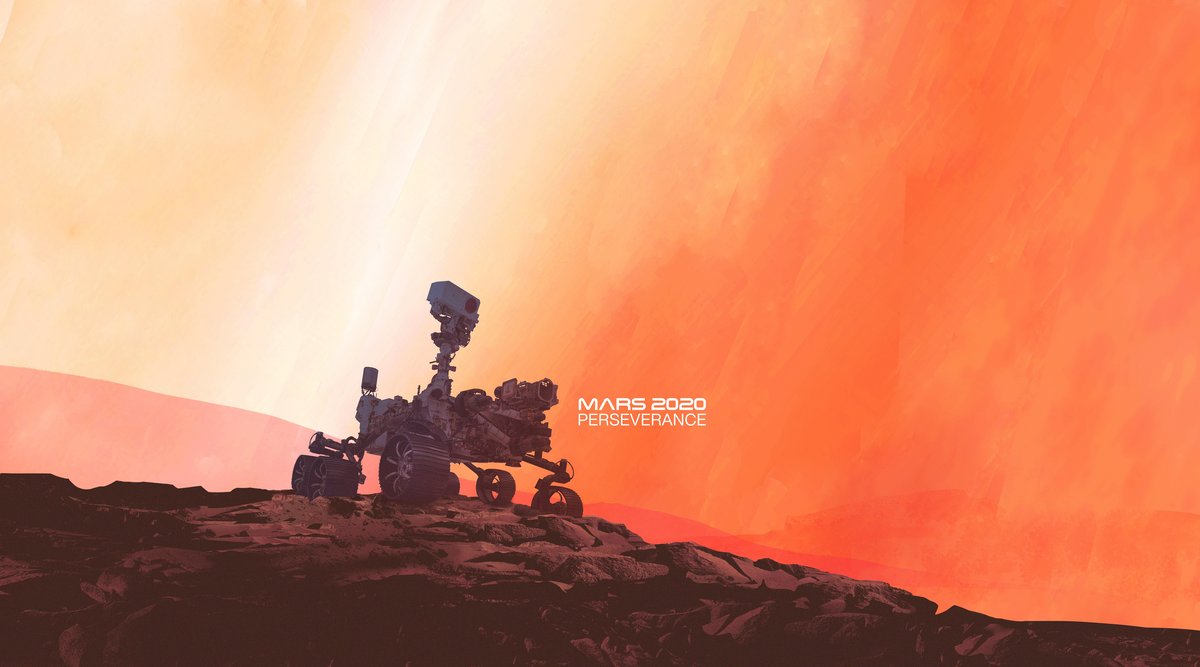 
The American rover Perseverance is preparing for its landing scheduled for Thursday. Its objectives will be to characterize the geology of the planet and its past climate, but also and above all to search for traces of past life buried in the ground. But what will the rover probe, precisely?

Perseverance’s long journey to the planet Mars is drawing to a close. Launched last July, the rover is expected to land this Thursday, February 18. Once there, his objectives will be to characterize the site, explore Martian geology, measure the atmospheric and meteorological properties of the planet, but also to search for traces of microbial life having once evolved on the planet.

We know, thanks to the multiple previous missions, that Mars was once habitable, like the Earth, before finally losing all its water. That being said, between three and four billion years ago, life may have had time to emerge, develop, and leave traces. The rover’s mission will be to probe them. These could be direct or organic chemical signs in the composition and chemistry of rocks, such as textural evidence in rock records.

The choice of Jezero crater

For almost four years, researchers wondered about the appropriate site. Eventually, NASA set its sights on the Jezero crater. Also thanks to previous missions, we know indeed that this formation was once filled with water. And at the entrance of this former large lake, a river delta.

Now on Earth, these shallow waters promote the preservation of organic molecules by burying them very slowly in the sediment. So, if a Martian delta works the same way, and if indeed there was life in ancient Martian rivers, then it is possible that this environment may have preserved the remains, or traces of this microbial life from the ancient highlands, found above the crater.

Apart from the presence of water, Mars also had several sources of heat (volcanoes, asteroid impacts). In short, there are very few places in our solar system where traces of extraterrestrial life could be preserved. Jezero crater is one of them. It also has the advantage of being “easily” accessible. Even if, we remind you, it is very complicated to land on Mars.

The promises of the MasterCam Z

NASA having made the bet of a mission of return of Martian samples, the researchers chose not to retain instruments capable of making the most in-depth analyzes, but those capable of quickly and efficiently identifying the portions of soil most in-depth. more interesting.

To do this, Perseverance is embarking on a little novelty: the Mastcam-Z. This is an improved version of the Curiosity camera, equipped with a zoom allowing a 3x magnification. It also includes two separate lenses 24.2 centimeters apart which will allow you to take very detailed stereo photos.

Using these images and other selected instruments, researchers will be able to select the most promising sites. Once pre-determined, small cores five centimeters deep will be taken there to be analyzed by the rover using its two PIXL spectrometers and SHERLOC. He will then take care of putting the most interesting samples under cache for their future trip to Earth, where they can be analyzed with state-of-the-art instrumentation.

Calendar side, we do not yet know the precise dates, but roughly, the course of the mission will be to send a new lander to Mars in 2026. Once installed, it will then deploy a new rover responsible for collecting the tubes of samples set aside by Perseverance. These will then be deposited in a small rocket which will then come to orbit around the planet. In the meantime, ESA will send a probe that will collect these samples directly from orbit, before bringing them back to Earth in 2032.