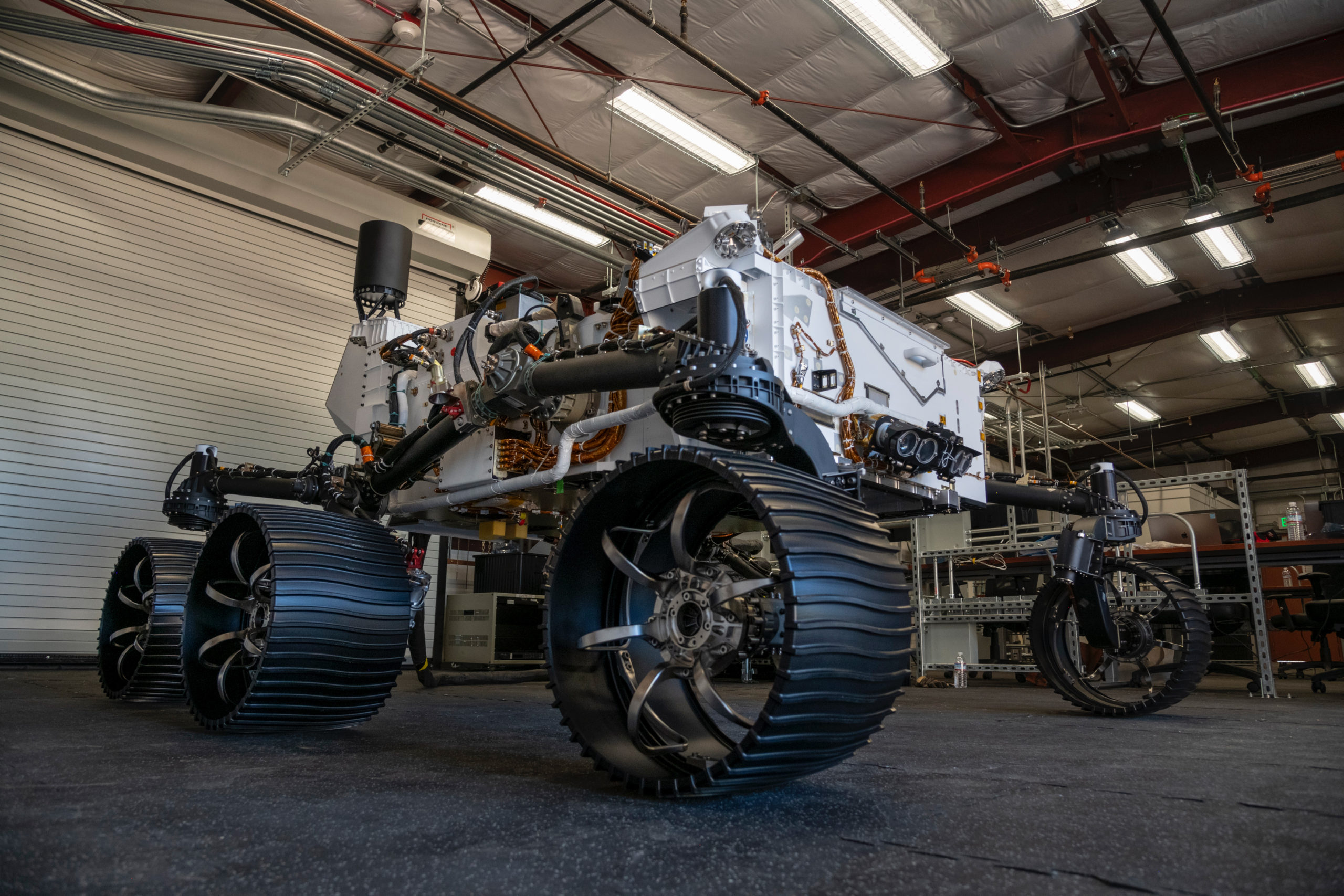 
The Perseverance rover is preparing for its imminent landing on Mars. In the meantime, NASA engineers can still enjoy the company of its twin brother, named Optimism. But concretely, what will this machine be used for?

On July 30, NASA’s Mars 2020 mission was launched to free the Perseverance rover on the surface of the red planet. The landing is scheduled for February 18, 2021. Its main objective will be to search for traces of past life in the Jezero crater. It will also be a question of putting some samples under seal for a future return to Earth. The American agency also intends to take advantage of this mission to test its Ingenuity rotorcraft.

That said, as Perseverance nears the surface, NASA becomes familiar with its terrestrial companion: Optimism. Built on the same platform as Perseverance, this rover will allow NASA to test the various commands and upgrades before you can send them to his new Martian rover.

Optimism arrived at the JPL site in Pasadena, California at the end of August, before passing a first driving test on September 1. Since then the rover has been placed on the “Mars Yard”, a simulated martian landscape of twenty square meters used to test different robotic prototypes. Also note that the rover will have to share this space with Maggie, Curiosity’s “twin” currently on Mars.

“The Curiosity Mission learned lessons from Maggie that otherwise would have been impossible to learn“, Explain Matt Stumbo, NASA. “Now that we have Optimism, Perseverance has enough support to learn everything it will need to be successful on Mars.“.

Note that Perseverance and Optimism are not 100% alike, just like Maggie is slightly different from Curiosity. In reality, only the wheels are slightly different, as each machine evolves according to the respective gravitational forces of each planet.

In addition, Optimism is currently incomplete. The same instruments, cameras, as well as Perseverance’s unique rock sample collection system will be installed early next year.

In the meantime, the rover is preparing for its landing. For those interested, NASA will cover the event live on its website from 2:15 p.m. Eastern time (8:15 p.m. French time). A live will also be available from 8 p.m. on the excellent YouTube channel Astro Alex – the Space & Aero Channel for francophones.