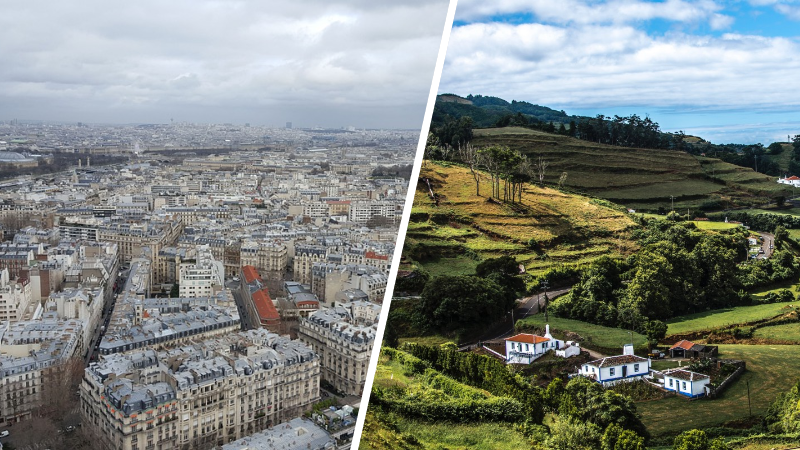 
British study recent explains that walking in an urban or rural environment would not have the same effects. This may seem paradoxical, but the pace of walking is faster in rural areas. This would be due to a calming of our minds thanks to this environment.

Walking in nature for better health

A new study also British published in the journal Royal Society Open Science January 6, 2021 seems to go in the same direction. Researchers at the University of Bristol conducted two experiments including a total of 75 volunteers. The idea was to place them in specific situations and measure their walking speed as well as their reaction time.

The first experiment focused on the participants’ gait as well as their cognitive load. A dozen cameras filmed their movements in a room 15 meters long. On the wall in front of them, the researchers projected the image of a rural or urban landscape. After the walking session, each volunteer had to answer a questionnaire to assess the feelings that this little “walk” had given them. However, participants said they experienced more discomfort in the face of the cityscape. Moreover, their pace was slower than facing the image of a rural landscape.

More difficult to concentrate in an urban environment

In the second experiment, the scientists this time sought to analyze the types of cognitive processes at work. Participants then had to distinguish between various simple shapes on a computer, while facing the same images of rural or city landscapes. The researchers analyzed the reaction time of each patient and made a discovery. Facing the cityscape image, the volunteers took more time to differentiate the shapes. According to the people in charge of the study, this can be explained quite easily. Humans simply have more difficulty concentrating within an urban environment. Indeed, the latter requires more attention.

The researchers admitted, however, that their study is not sufficient to draw firm and definitive conclusions. To achieve this, it would be necessary to conduct further research on larger samples and ideally, place the volunteers in real conditions.