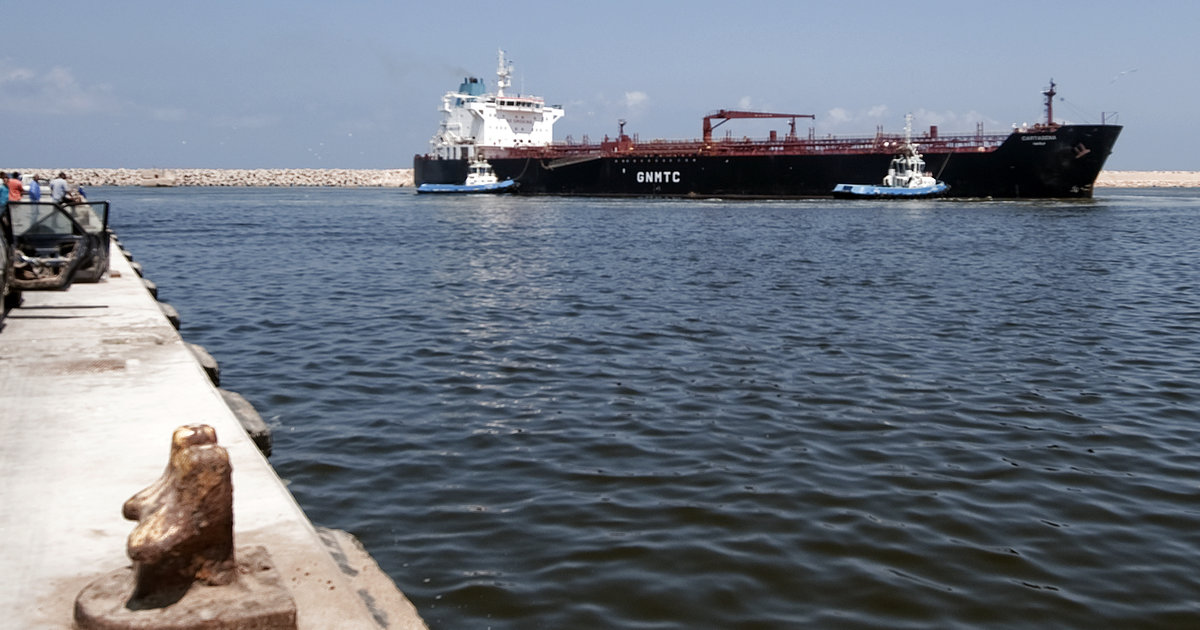 From outside, we can’t see anything. No sign at the top of this Geneva building, the name of the occupant of the top three floors only appears on a plaque in a corridor on the ground floor. Inside, white walls, a photo of a cistern and a view of Lake Geneva. A receptionist indicates that the office is closed because of the Covid-19. The only other sign of life comes from a perpetually moving scale that appears to allude to the ships in the group. It constantly charters some 200 from one point of the globe to another. In front of the reception, a drop of oil, the logo of Vitol.

The world’s largest private trader and Switzerland’s largest company in terms of turnover ($ 225 billion in 2019). The biggest firm you’ve never heard of, according to The Guardian. A house that operates in the shadows where its competitors, Trafigura, Glencore or Total, have opted for more transparency. The news around Vitol, which trades 7% of the world’s oil, is however dense, as much as the hydrocarbons it markets and transports across the oceans.

So rich that the date of December 3, 2020 could forever mark its history. That day, American justice ad that the Geneva multinational will spend 135 million dollars to close a corruption case as vast as it is recent.

We learn that the company has paid for the last fifteen years, and until July 2020, millions of dollars in bribes, in Brazil, Ecuador and Mexico, to obtain contracts or information. That an array of shell companies, middlemen, offshore accounts and code names – middlemen calling themselves “Phil Collins” and “Batman” – were put together to hide these transactions. Regarding the Petrobras scandal, which also involves Trafigura and Glencore, a repented accomplice mentions “an MBA in corruption“.

In 2020, Vitol is also cited – and cleared – in November in a corruption case in South Africa. In October, a report of the Dutch NGO Somo criticizes its modus operandi in Nigeria, where it works with controversial partners. In May it is accused for coming to an agreement with a competitor to inflate fuel prices in California. In January, he was pointed out for having delivered rotten fuel to a ship. Stories that make few waves but that generate tension in the community.

“Vitol is the first private oil trader in the world, it is financially solid but very secretive”, estimates Jean-François Lambert, a consultant specializing in raw materials. “It is extremely problematic that Vitol was involved in a recent scandal [celui en Amérique du Sud, ndlr] because it tarnishes a whole sector which must definitively turn the page on these bad practices ”, according to him. “It has remained in this culture of secrecy which traditionally surrounds the sector where other houses have left it”, adds Philippe Chalmin, the founder of the Cyclope circle, an institute specializing in raw materials. “It may seem anachronistic but it is effective. Nobody talks about Vitol. ”

Trafigura, another Geneva merchant, bet on more transparency following a scandal in 2006 that nearly caused its loss – that of Probo Koala, named after a ship that dumped toxic waste in Abidjan. Nothing like it at Vitol, even if the group has long been led by a charismatic man close to the British establishment, Ian Taylor, who died in May 2020. “Ian Taylor was a remarkable communicator, full of charm but practically the only one in the company to express itself, ”says Jean-François Lambert. “Communication is good, but it is only the foam on the sea. It is the culture of the company which will have to evolve in depth”, estimates the consultant. Will Vitol’s kickbacks in Latin America act as an electric shock? “We’ll see, but it would be good for everyone in the business,” he says.

Vitol spokesperson Andrea Schlaepfer said regularly responds to the media and NGOs but recognizes that “there is something better”. The group is preparing a first report on socio-environmental issues (ESG) this year. American justice relief that Vitol worked perfectly with her. The company also answered our questions.

Its core business is trading in petroleum products, from gasoline to naphtha. Ian Taylor became famous in particular following a trip to the Libyan rebels in 2011 to sell them fuel for crude. Vitol from the Burma to Norway, where the group invested in November in a plant producing fuels made from recycled tires, via Switzerland, where he owns shares in Varo Holding, the company that manages the Cressier refinery (BORN). Vitol has around 40 offices around the world – the main ones are in London, Geneva, Singapore and Houston – and employs 1,450 people, including 180 in Switzerland.

It charters boats, owns refineries and terminals, notably in the port of Singapore (the largest in the world for fuel oil for ships) where it strengthened its presence this spring by redeeming a key player in marine fuels. One subsidiary specializes in kerosene, another in service stations, in Africa and Australia. The group explores and produces crude oil, notably off the coast of Ghana.

Its huge storage capacities were essential last year, as oil prices were volatile and it was often necessary to wait – and store – for the best time to sell. Its competitors thus published record profits in 2020. The few annual financial results that Vitol makes public are generally published in March.

The group owes its name to one of its two founders in 1966. Henk Viëtor, combined with “olie”, oil in Dutch, that gave Vitol. Initially, the young company buys fuel from a refinery in Rotterdam, transports it along the Rhine and sells it in Germany. Business prospered, an office opened two years later in the canton of Zug. He was transferred in 1969 to Geneva.

Also read:
Faced with fraud, the reaction of traders

Under the leadership of Ian Taylor, its director from 1995 to 2016, the company is transformed into giant trade and logistics, depending on contracts, in often complicated regions, and controversy. In 2007, the group is condemned in the United States in the Oil for Food case. Its reputation was shaken again in 2012 following a purchase of crude from Iran, a country under sanctions. In 2016, the NGO Public Eye demonstrates that Vitol take advantage of permissive standards in Africa to legally dispose of polluting fuels banned in the West.

“Vitol is one of the large companies that have agreed to collaborate with us to help SMEs in the sector meet expectations related to ESG criteria,” notes Florence Schurch, secretary general of STSA, the association of traders in Switzerland. The former director of Vitol in Geneva, David Fransen, was its chairman and his successor, Gérard Delsad, sits on its board of directors.

The question of renewable energies

And the energy transition? Trafigura multiplies the press releases related to its investments in renewable solutions and Glencore has share of its intentions to be carbon neutral where Vitol remains silent. “Communicating your intention to be carbon neutral is an effective communication strategy, but if it is not followed by concrete actions, that remains words,” says Andrea Schlaepfer. Vitol prefers to develop its plans carefully and ensure that it is able to meet its commitments. ” To date, the group has invested $ 500 million in renewable energies, reduction of its emissions and plans to invest several hundred million more in wind, solar and natural gas projects.

“The energy transition will force traders of petroleum products to change their business models, according to Jean-François Lambert. A big challenge. Will they turn to electricity trading, invest in renewable energies? Without a doubt. Will they be able to earn as much as with oil trading as they do today? This is not obvious.”

Crude consumption collapsed in 2020 so much so that in September BP suggests that peak oil has passed. An opinion that the large private traders, including Vitol, do not share. Its Managing Director, Russell Hardy, ad in the process that we will return to the figures before the pandemic and that we will have to wait a decade before global demand for oil peaks. The thirst for crude oil in Asia will more than compensate for hesitation in Europe and in aviation, he said. The oil companies of the Geneva group should therefore remain, for a long time to come, in perpetual motion.