Unanimously, the Security Council “strongly condemns the deaths of hundreds of civilians” in Burma 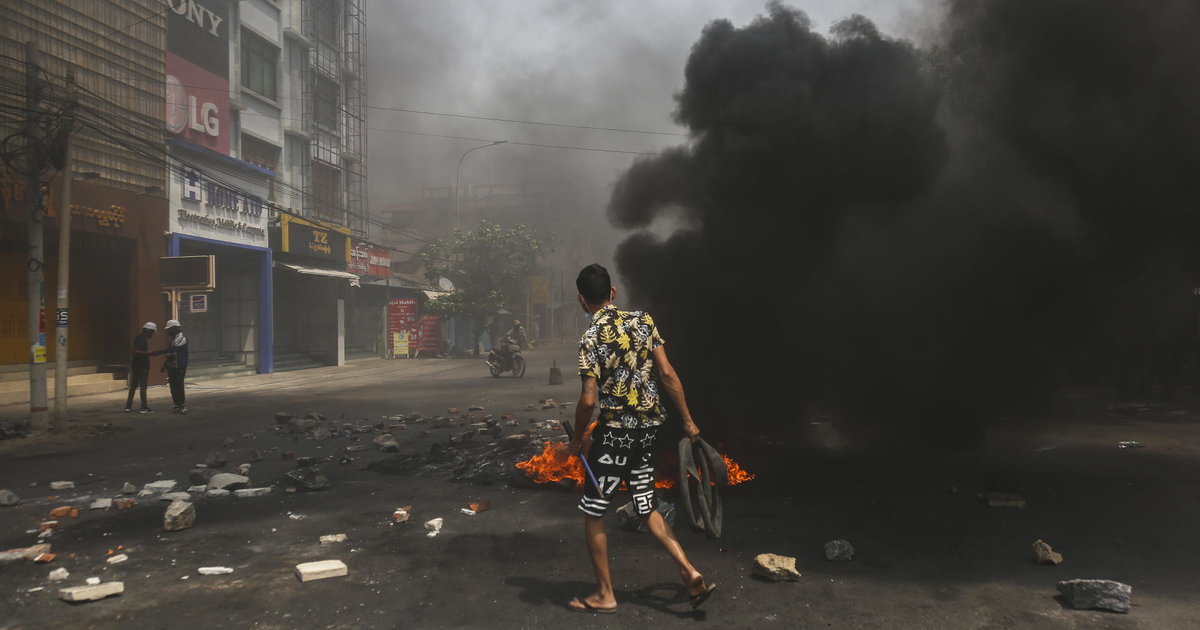 The UN Security Council “strongly condemned the deaths of hundreds of civilians, including women and children” in Burma, in a unanimous statement Thursday, largely watered down by China during a difficult negotiation that lasted two days.

Deeply concerned “by the rapid deterioration of the situation”, the members of the Council, who had held a closed meeting Wednesday of more than two hours after the deadly violence of the weekend, also denounce “firmly the use of violence against peaceful demonstrators ”, indicates their declaration initiated by the United Kingdom.

References deleted by Beijing and Moscow

In previous versions of the text, obtained by Agence France-Presse (AFP), Westerners had put a mention affirming that the Security Council was “ready to consider new steps”, a vague allusion to the possibility of sanctions international organizations against the military who took power.

According to diplomats, China, opposed to any sanctions, has however repeatedly blocked an approval of the text because, among other things, of this reference which no longer appears in the adopted text. The latter confines itself to stipulating that the Council “will remain actively seized of the file”.

Beijing also imposed at the end of the negotiations to change a reference to “the murder of hundreds of civilians” by a reference to “the deaths of hundreds of civilians”. Russia, according to the same diplomats, has also blocked the text several times because this country wanted a statement condemning the death of members of the security forces in demonstrations, which it did not explicitly obtain.

A Council unit on three occasions

Getting to speak with “one voice” in the Security Council is “a very important signal” for the Burmese military, wants to believe an ambassador on condition of anonymity, by implicitly acknowledging that several concessions had to be made in Beijing.

Since the February 1 coup, the Security Council has shown its unity through statements on three occasions, including that of Thursday.

Beijing, Burma’s first supporter and which has never recognized the existence of a military coup, has however each time reduced the scope of the negotiated texts. Moreover, the Council’s positions have had little effect on the military so far.

Read more: Over 500 civilians killed since coup in Burma

“Support for the efforts” of the Asian regional organization Asean

In its latest statement, the Security Council reiterates its “appeal to the military to show the utmost restraint”. They must “fully respect human rights and seek dialogue and reconciliation in accordance with the will and interests of the people of Burma”, adds the text, calling again for the release of Aung San Suu Kyi, accused Thursday for violating a colonial-era state secrets law, and President Win Myint.

The text also underlines that the Council is providing “support for the efforts” of the Asian regional organization Asean, which is to hold a summit at the end of April, to find a solution to the crisis, and calls for “safe and unhindered humanitarian access to all those in need ”.

To continue reading: Burma: where are the monks?

“It is vital that the rights of minorities are fully protected”, their declaration indicates, hoping that the UN envoy, banned from entering the country since the coup, can have access “the most. as early as possible ”.