Two years after the Notre-Dame fire, the work is far from over 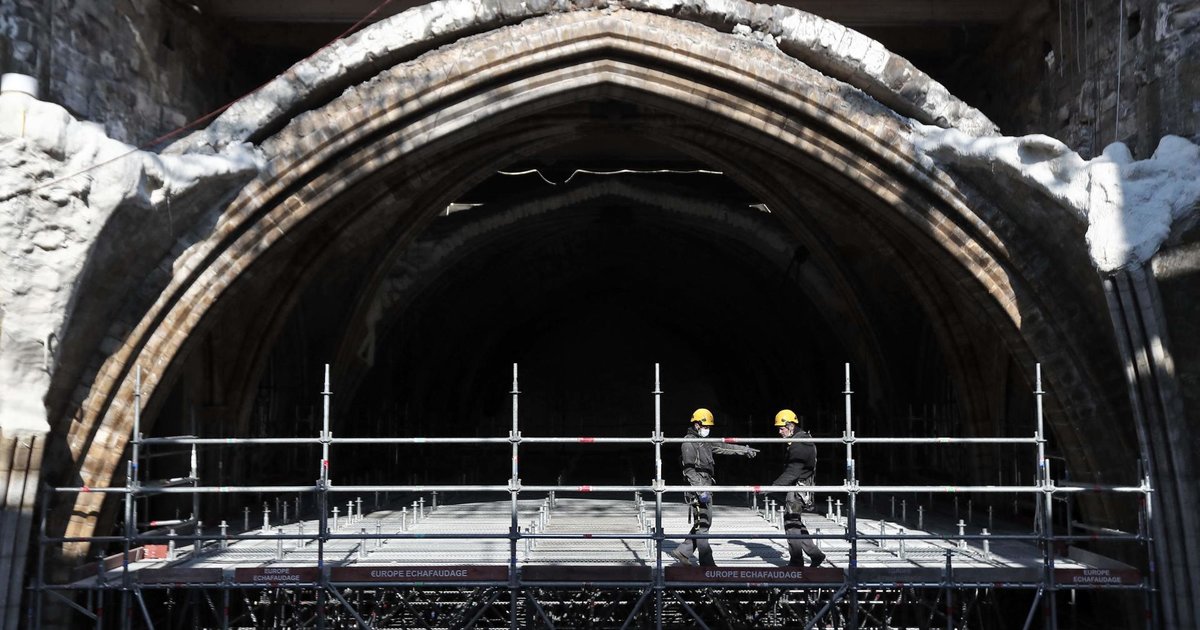 Two years after the Notre-Dame fire, French President Emmanuel Macron underlined “the immense work accomplished” by visiting the impressive reconstruction site of the cathedral. It must be returned to worship by April 16, 2024. “We are also looking at the next three years because we will have to meet our objectives and therefore there is a very large mobilization of very demanding and rigorous planning,” added the head of the state, publicly returned to the scene for the first time since the roof and the spire were destroyed by flames on April 15, 2019.

“It’s a message of collective pride because we’ve done a lot in two years and we’ve avoided the worst. So a huge thank you to all those who are mobilized by the thousands, ”he added, stressing that 35 companies were participating in the work.

A project not completed in five years

Shortly after the tragedy, Emmanuel Macron announced that he wanted to rebuild it in five years. A year later, in a video message, he renewed this promise despite the interruption of the construction site during the first confinement.

But the site will not be completed in five years. On the other hand, the monument must be returned to worship by April 16, 2024, the day when a first mass must be celebrated again in the nave, announced in December 2020 General Georgelin, president of the public establishment responsible for rebuilding the cathedral. “We will meet the deadline” of 2024, reaffirmed the general Thursday morning on France Inter.

He also revealed to have returned with the president another time to Notre-Dame “in a very discreet way one evening”, weeks after the fire.

With an elevator, Emmanuel Macron climbed to the high floors of Notre-Dame. 47 m high, in the heart of Paris, on a platform surrounding the gutted roof, he observed the rope access workers at work, abseiling, to secure the vaults of the Heart by masking unstable stones. An essential step before setting up the securing scaffolding.

The president was to meet the teams mobilized for this phase of securing, prior to its reconstruction. A moment to thank “all those who are working on its reconstruction (carpenters, scaffolders, rope access technicians, crane operators, organ builders, master glassmakers, restorers in painting and sculpture, stonemasons, archaeologists and researchers”, but also “again all those who made it possible to save the cathedral from the flames, as well as the 340,000 donors from all over the world who make this project possible, ”according to the Elysee.

He is accompanied by the Minister of Culture Roselyne Bachelot, the Mayor of Paris Anne Hidalgo, General Jean-Louis Georgelin, the Chief Architect of Historical Monuments Philippe Villeneuve, Mgr Michel Aupetit, Archbishop of Paris, Mgr Eric Aumonier, representing the diocese of Paris and the rector of the cathedral, Mgr Patrick Chauvet.

Some 833 million euros (920 million francs) were collected for this restoration thanks to a national and international fundraising.