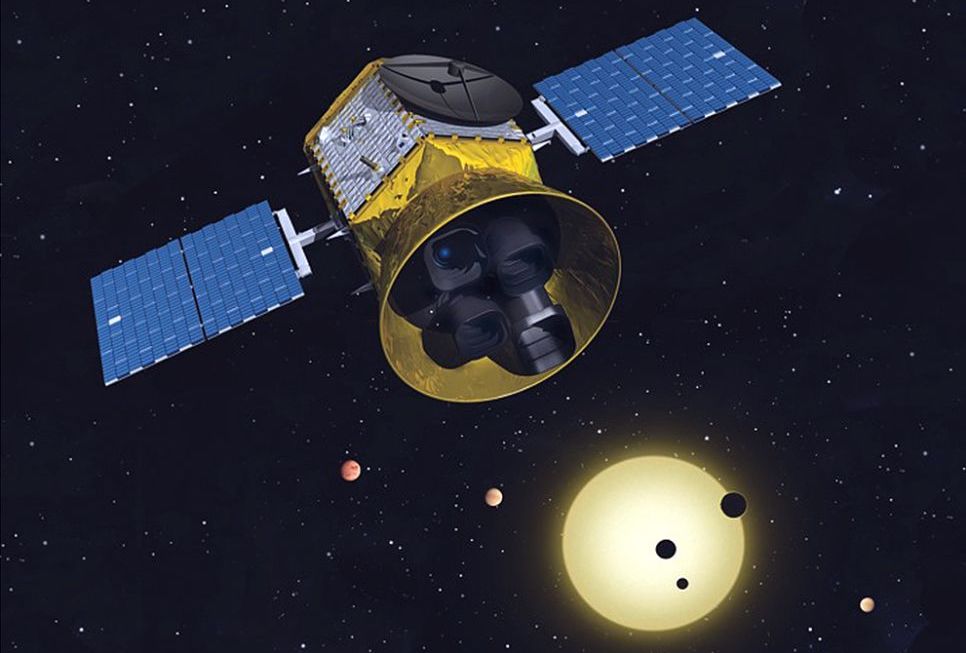 
A team of astronomers announces the discovery of three new planets orbiting a much younger version of our Sun. The system operates in the Pisces-Eridanus star current which stretches over 1,300 light years.

Stellar currents are formed when the gravity of our galaxy “tears” star clusters or dwarf galaxies. The individual stars are then found to float along the orbit of their original structure, forming an elongated group of objects that gradually disperse.

Two years ago, a team from the University of Vienna came across one of these currents thanks to data from the Gaia mission (ESA). This stream named Pisces-Eridanus spans about 1300 light years, covering no less than fourteen constellations.

A few months after its discovery, researchers at Columbia University (New York) relied on data from the Transiting Exoplanet Survey Satellite (TESS) to analyze several stars moving inside. Young stars spin faster than their older counterparts. Based on the period of rotation of these objects, astronomers thus determined that these stars were very young, formed about 120 million years.

One of these stars, TOI 451, is the one that interests us today. Found only 400 light years of the Earth, this object indeed shelters three planets. They were identified by TESS using the transit method. As a reminder, this consists in identifying the light and regular gradations of luminosity appearing when one or more planets pass in front of their star from our point of view.

These three planets are also very hot. Even the most distant one moves three times closer to its star than Mercury to the Sun. Temperature estimates range from about 1200 ° C for the innermost planet at about 450 ° C for the most exterior.

If these three worlds therefore seem inhospitable, the youth and proximity of this star nevertheless make it a particularly promising target for test the theories on how planetary atmospheres can evolve.

Astronomers expect worlds as large as these to retain much of their envelope despite the intense heat of their host. By measuring the light of this star entering the atmosphere of these planets, researchers will indeed be able to deduce their chemical composition. The James Webb Telescope, scheduled for launch in October, will normally be able to perform these scans.

Details of the study are published in The Astronomical journal.