They wanted to dig a pool, they stumbled upon a prehistoric horse 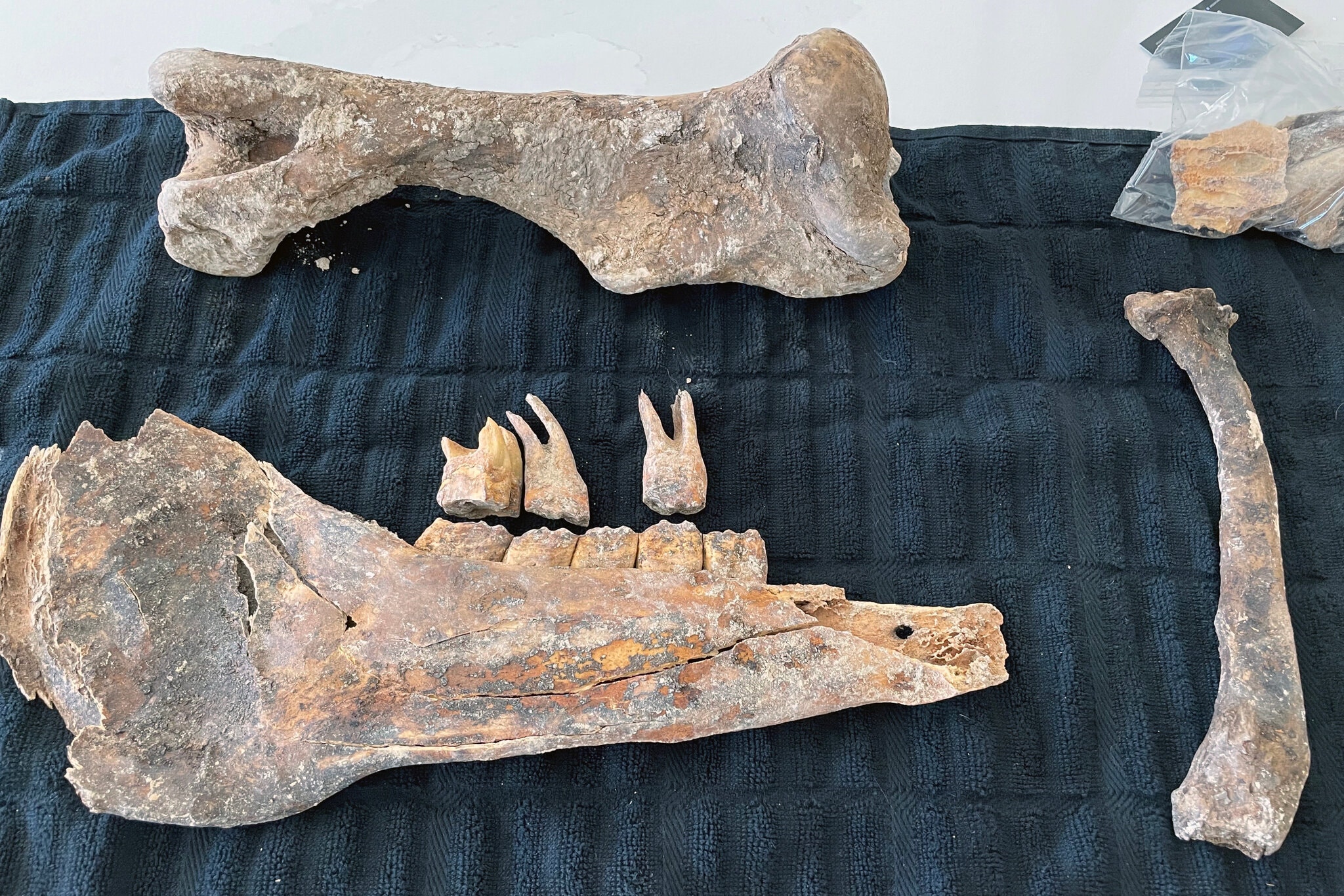 A few weeks ago, diggers digging a pool in a backyard came across the remains of an ancient horse. Astonishing? Not quite. The property is indeed a few kilometers from an important fossil site from the last ice age.

When the workers are fallen down on these bones for the first time, they immediately called the police. Matthew Perkins and her husband, the owners, only learned of the discovery when investigators from the Las Vegas Metropolitan Police Department showed up to assess the situation.

Very quickly, the latter determined that these remains were no human remains. “This is no longer our concern“, They then declared. From then on, they left it up to the residents to decide how to proceed. In the United States, fossils isolated on private land belong to the owners.

The latter finally delayed the construction of their swimming pool so that paleontologists could fully excavate the area. After several unanswered calls, a local news agency put them in touch with Joshua Bond of the Nevada Science Center, who then traveled with his team.

The remains of a prehistoric horse

A few days later, the excavation did reveal several bones, including legs, ribs, vertebrae and a jaw with teeth from a single animal. All were buried between 1.5 m and 3 m deep under old and compressed vegetation. They belonged to an ancient species of horse.

Interesting fact: the remains of this animal were always connected to each other in the same way they would have been when he was still alive. For the paleontologist, this suggests that the victim was covered quickly after his death, probably by mud, allowing his remains to be kept out of the reach of scavengers.

Based on the rock layers surrounding the bones, Joshua Bonde believes that these remains have between 6,000 and 14,000 years. Two species of horses evolved in the region during this period. A team from the US Geological Survey will soon be in charge of refining these estimates. If they are over 10,000 years old, then they will be considered fossils.

The Perkins couple have decided to return these bones to the Nevada Science Center where they will be kept and exhibited.

In reality, it is not so surprising to find this type of bones in the area. The property is indeed less than three miles from the Tule Springs Fossil Beds National Monument where many fossils from the last Ice Age, including those of Colombian mammoths, extinct horses, camels and other “terrible wolves” have been found. been discovered.

As Joshua Bond points out, “fossils hardly care about political boundaries. They are scattered throughout the valley where people have been settling for decades. It’s only a matter of time before we find more“.