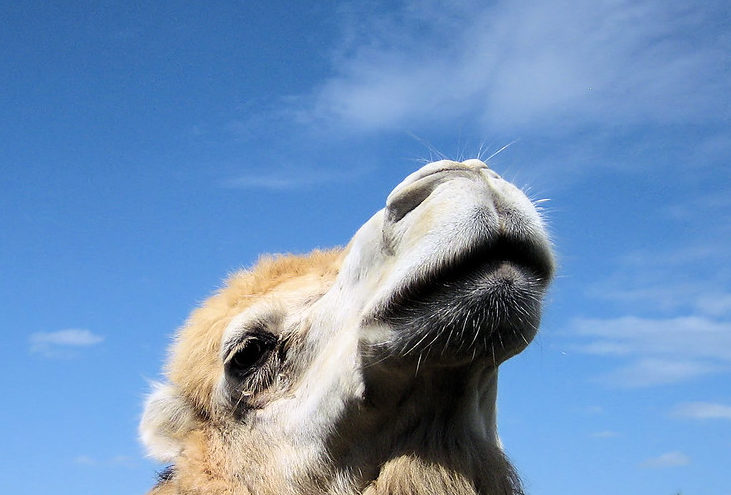 
In Dubai, a team of researchers made a discovery which unfortunately is not that rare. Lately, a camel’s stomach contained around 2,000 plastic bags. This macabre discovery is added to the many already recorded.

Usually, marine animals grab the headlines for their excruciating exposure to plastic waste. In 2018, a sperm whale stranded on a Spanish beach had no less than 29 kg of plastic in his stomach. In 2019, two whales discovered within weeks of each other in Italy and the Philippines contained respectively 22 and 40 kg of plastic in their stomachs.

A study published in the Arid Environments Journal in February 2021 mentioned the same problem concerning this animal evolving on dry land. The American daily relayed the discovery in Dubai of a camel whose stomach contained no less 2,000 plastic bags. According to Marcus Erikson, director of research for the 5 Gyres Institute, said the mass of plastic in question was as large as a large suitcase. Since 2008, around 300 camels of the Dubai region died after eating human waste, accounting for 1% of deaths.

“Imagine you have fifty plastic bags in your stomach, which you cannot digest, causing ulcers, tremendous discomfort and feeling full all the time. You cannot and do not eat food. This is what happens to camels, and it leads to intestinal bleeding, blockages, dehydration, malnutrition and death ”, Marcus Erikson explained.

In their study, scientists called this phenomenon affecting camels “polybezoar”. It is about a plastic chipboard assembly, rope and other wastes as well as salt deposits, found either in the stomach or in the digestive tract of the animal. They also evaluated the mass that these sets can achieve, namely between 6.2 and 63.6 kg. In Dubai, plastic bags and other packaging are leaking from the trash cans due to the often high winds. These would then travel long distances before finishing their run in the natural environment of the camels.

Marcus Erikson recalled that most people focus their attention on the impact of plastic waste at ocean level. According to the person concerned, this would represent a brake in the ability to solve the problem globally. In other words, plastic pollution also affects dry land to mountain tops, so it is urgent that global politicians finally take the situation seriously.