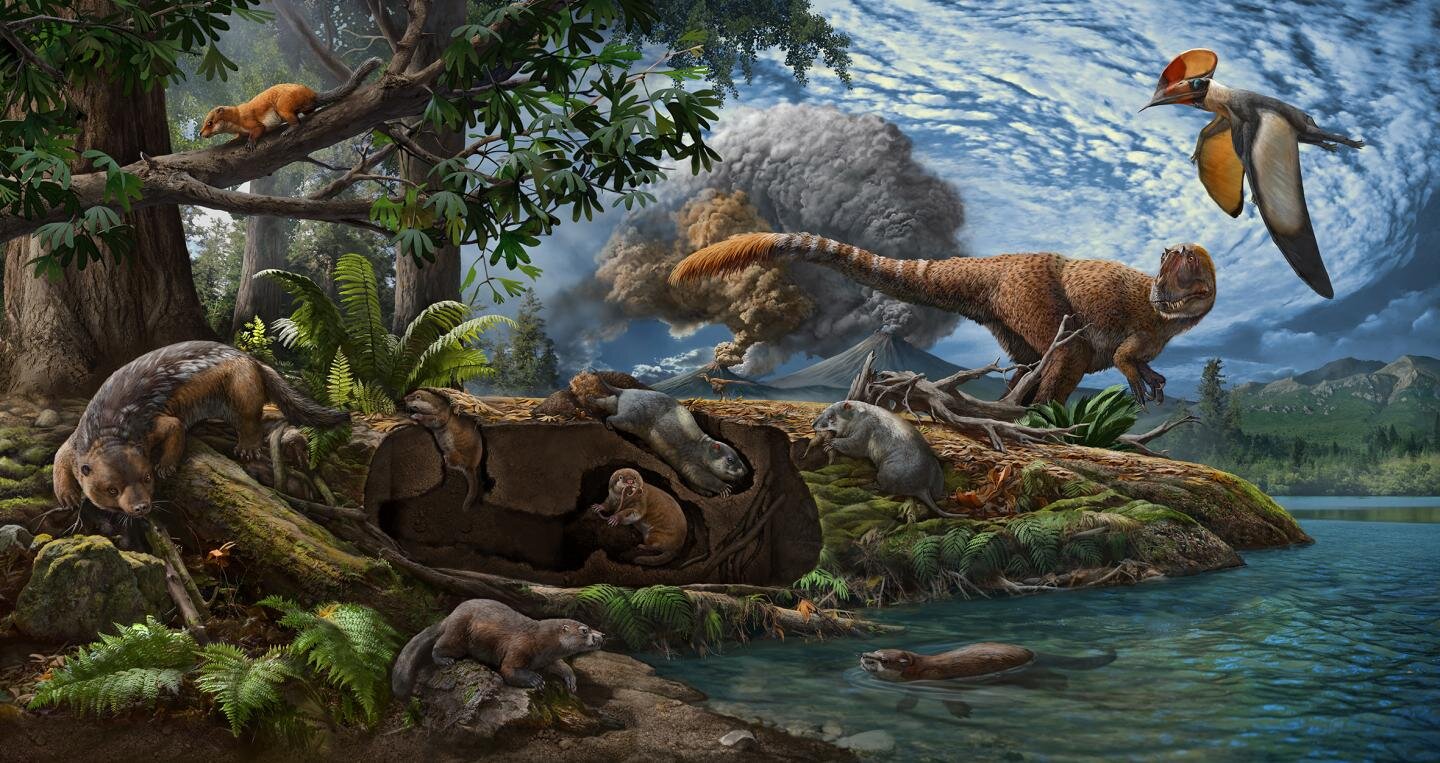 
A team of paleontologists announces that they have identified two new species of mammal-like burrowing animals. Both evolved around 120 million years ago in what is now northeast China. The results of this work are published in the journal Nature.

As today, many animals lived underground during the time of the dinosaurs, whether to protect themselves from predators, to maintain a relatively constant temperature (not too hot in summer and not too cold in winter) or for food. insects and roots.

In a recent study, a team from the American Museum of Natural History details the discovery of new species that have favored life underground. These fossil remains were discovered in the Jehol biota, which represents all the fossil organisms 145 to 100 million years old found in northeastern China.

One is a tritylodontid (mammal-like cynodonts) discovered in the Jiufotang Formation. It is the first of its kind to be identified in this biota. Long about thirty centimeters, it has just been named Fossiomanus sinensis.

The other is a eutriconodontan, a distant cousin of modern placental mammals and marsupials found in the Yixian formation. Measuring approximately seventeen centimeters long, he has just been baptized Jueconodon cheni. Both were evolving about 120 million years.

These two animals, however unrelated, would have developed the same characteristics of highly specialized burrowers. In other words, these two species evolved independently under similar selective pressures (convergent evolution).

According to this study, both had hind legs that were shorter than their forelimbs, broad forelimbs with sturdy claws, and a short tail.

“This is the first convincing evidence of a burrowing life in these two groups.“, Underlines Jin Meng, main author of this work. “These are also the first cases identified in the Jehol biota, which once housed a great diversity of life, from dinosaurs to insects to plants.“.

Finally, both species had also developed an increased number of thoracic vertebrae. Typically, mammals have 26 vertebrae from neck to hip. However, Fossiomanus had 38, while Jueconodon had 28.

This variation in the number of vertebrae, probably the result of genetic mutations made during the embryonic development of animals, can also be found in modern mammals, including elephants, manatees and Hyracoid.