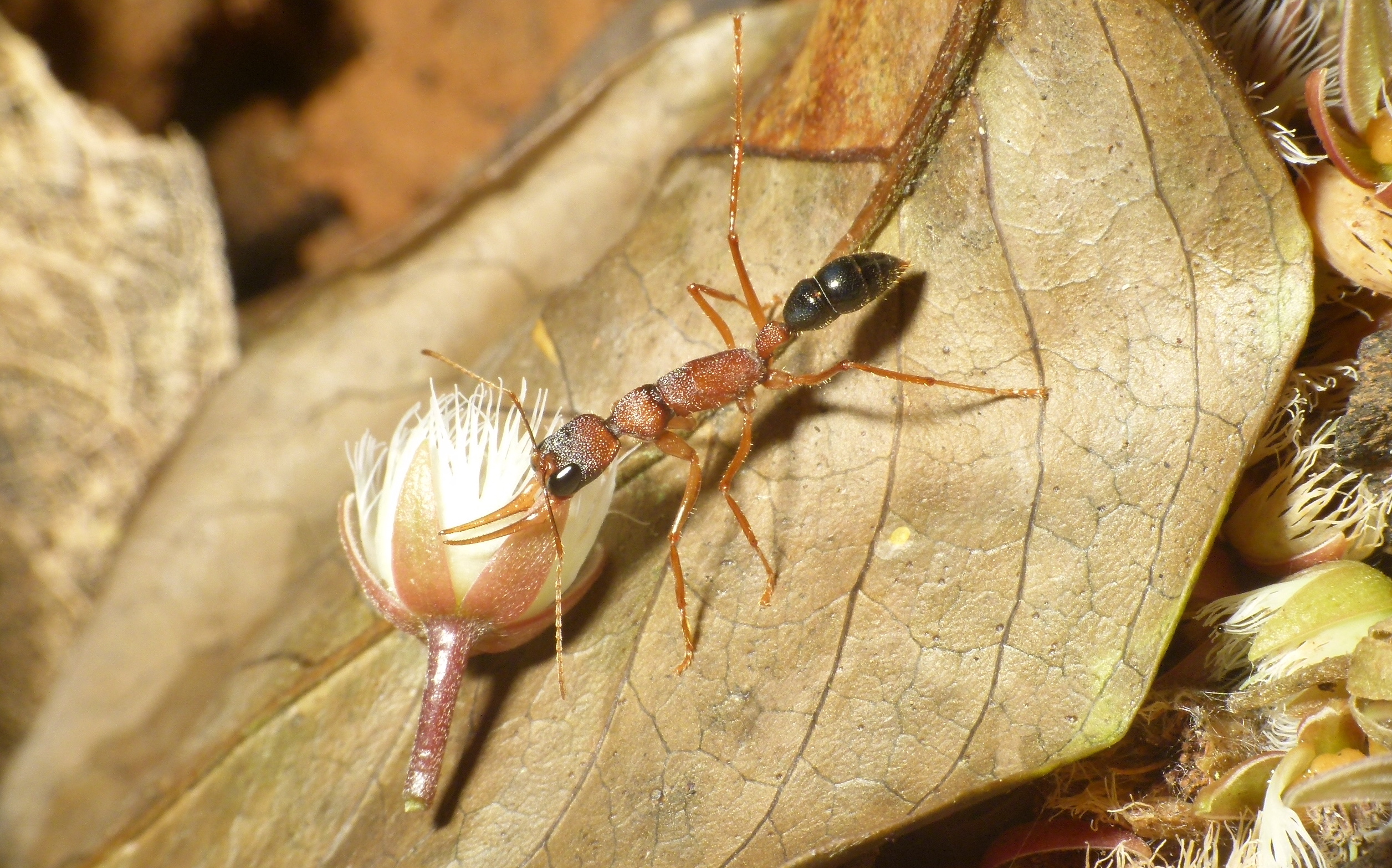 
In India lives a species of ants unlike any other. Underground, some shrink their brains for a chance to become queen. They then engage in bloody battles to eliminate competition and gain access to the throne.

Indian ants Harpegnathos Saltator, found in the flood plains of India, are known to jump more than ten centimeters away when needed. We also know they are capable of killing prey nearly twice their size. Another skill and not the least: these amazing insects can also adjust the size of their own brain, reports a study published in the journal Proceedings of the Royal Society B.

Other insects, including honey bees, have the ability to increase their brain size. The Indian jumping ant is the first insect known to be able to both increase and decrease the size of its organ. Why inflict such a metamorphosis on yourself? To prepare to become queen.

Like many ant colonies, those of Indian jumping ants consist of a few queens (polygynous colony), males for breeding, and an all-female working class. The queens occupy the most coveted positions. On the one hand, because they live longer than others. But above all because, in a typical colony, queens are the only ones allowed to reproduce.

In most species, we are born queen, we do not become. In the kingdom of Indian jumping ants, it’s different. Here, workers can compete for a chance to ascend the throne. The principle is as follows: when a queen dies, about 70% of the females in her colony participate in a “battle royale” style tournament in which all the competitors fight with their antennae. These attacks can last for more than a month.

At the end of these clashes, there remains only a group of five to ten individuals who, in the end, accede to the throne.

“Once they have won the tournament, they hardly become more than laying machines”

From the start of the tournament, hormones push the competitors to undergo an intense physiological transformation allowing them to lay eggs, just like the queens. These ants are called gamergates. Although worker bees and gamergates are similar in size, their internal anatomy is very different.

We already knew that becoming gamergate causes their ovaries to swell (up to five times their normal size). In this study, Clint Penick and his team at Kennesaw State University in Georgia also found that their brains also shrink by about 20%.

Laser-assisted imaging analysis techniques have pointed out that the optical lobes undergo the greatest shrinkage. Dr Penick explains this to the fact that gamergates actually don’t need good eyesight in their underground nests. ” These ants live in total darkness. They therefore have no reason to maintain the ability to process visual signals ”.

“Worker ants need a large brain to cope with these cognitive tasks, such as finding food and defending the nest from predators,” explains the researcher.“Conversely, gamergates don’t need to think too much. Once they have won the tournament, they become little more than laying machines ”.

Researchers believe these ants shrink their brains, an expensive organ, to conserve energy that will be diverted to parts of the body responsible for reproduction.

What then becomes of the losers of these tournaments? The researchers collected several gamergates to isolate them from their colonies. While they thought these ants would be doomed, surprisingly, they “returned” to their normal state. In other words, their brains got bigger again.

Researchers suspect that the ability to switch between these two classes (worker and gamergate) has likely evolved to ensure that those who fail in their conquest of the throne can return to their jobs of maintaining the colony.