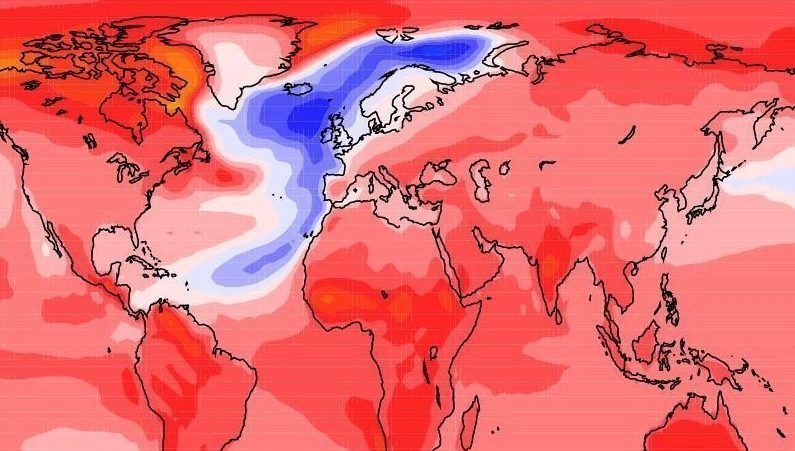 
If enough meltwater is released into the North Atlantic, thermohaline circulation in the region threatens to stop. An event that would lead to potentially dramatic regional disturbances. Now, new work notes that this could also occur with a much more limited supply of meltwater. Worrisome results published in the scientific journal PNAS this March 2.

Recently, researchers have indicated that the ocean current system, of which the Gulf Stream is a part, has been slowing down unprecedentedly for at least a millennium. Their study focused on the last 1600 years confirms and thus extends the idea ofa recent very atypical weakening and attributable to man-made climate change. For more details on these new results, you can consult our dedicated article.

This study was released around the same time as that of Johannes Lohmann and Peter D. Ditlevsen. In the latter, the authors focused more specifically on the risk of the collapse of the ocean circulation of the North Atlantic (AMOC in English). Let’s take a closer look at what is meant by this.

As the polar extension of the Gulf Stream depends on the plunge of cold and salty water at the level of the northern seas, the increasing injection of fresh water by the melting ice causes its slowing down. However, scientists know that this circulation system is unstable. Also, by slowing down, there is a risk ofreach a critical threshold signing the sudden switch to a very different configuration. We also talk about bifurcation. A largely irreversible phenomenon which would have dramatic consequences for many regions of the world. 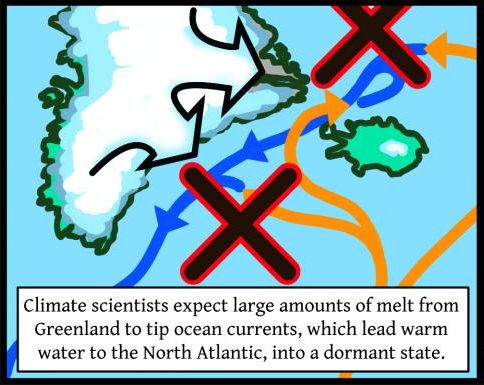 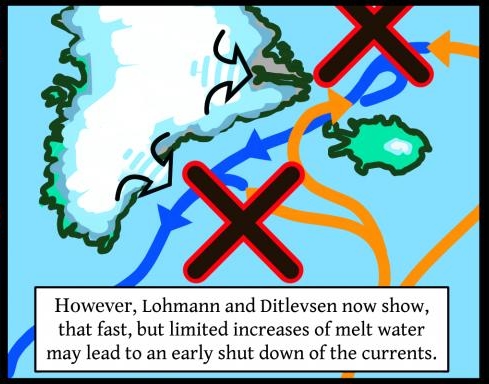 However, knowing where exactly this threshold is is no easy task. Moreover, it is very likely that there are even several. In their paper, the researchers used an ocean model to better understand the underlying physics. At the end of their work, they discovered that the safety margin – the area outside the rocking area – is narrower than expected. Put another way, the ocean circulation would be less resilient to the disturbances that apply to it.

A safety margin narrower than expected

Until now, climatologists believed that in order to cause a collapse of the Atlantic circulation, a large body of meltwater had to be released. However, Johannes Lohmann and Peter D. Ditlevsen have shown thata much smaller quantity is sufficient if the injection speed is fast enough. Thus, a collapse is possible even when no threshold is reached in terms of melting ice. “This is disturbing news”, says Johannes Lohmann, lead author of the study. To imagine, it’s a bit of the difference between emptying a watering can gradually on plantations or releasing all the water at once. It is easy to see that the reactions are not the same.

Finally, the speed at which we emit greenhouse gases and the climate is warming requires these results to be considered with the utmost seriousness. “These tipping points have already been shown in climate models, where meltwater is introduced very slowly into the ocean”, details the main author. “In reality, the increases in Greenland’s meltwater are accelerating and cannot be considered slow”. Also, the study specifies in its summary that “The chaotic dynamics of the climate make such a collapse difficult to predict”. Another reason to limit our climate impact as much as possible.