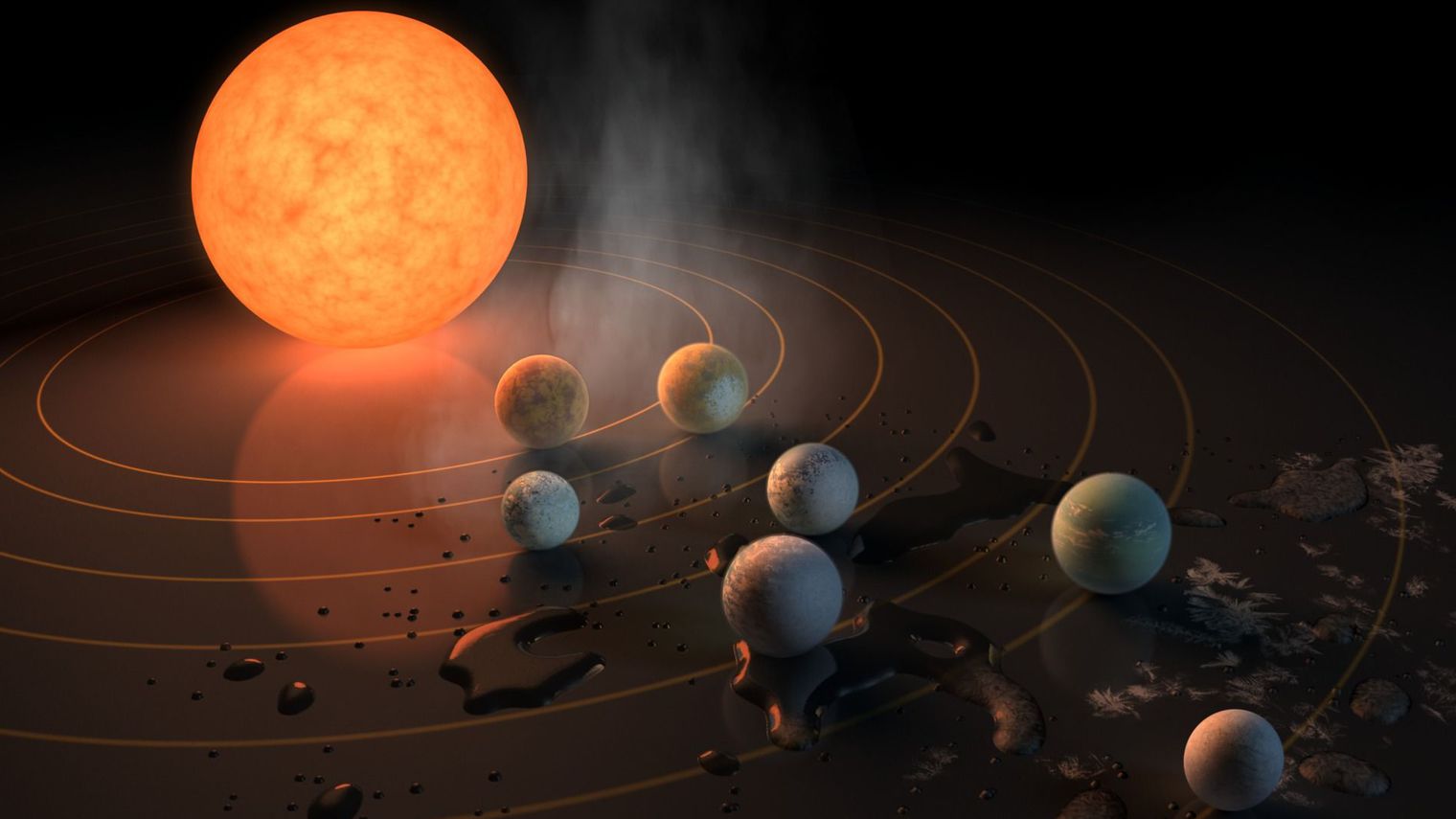 
The red dwarf star TRAPPIST-1 incorporates the largest number of Earth-sized planets ever discovered outside of our Solar System. After a study recent, all of these exoplanets are said to have remarkably similar densities, providing new clues to their composition.

The discovery of the TRAPPIST-1 system in 2017, only 39 light years from Earth, had made the headlines. And for good reason: astronomers had described a red star surrounded by seven planets so close to each other that you could see them all from the surface of one of these objects. These planets are all the more interesting because they are all rocky. Of the seven, three also evolve in the habitable zone of their star. Thus, one or more of these worlds could, under certain conditions, shelter life, hence our interest.

As early as 2018, astronomers had estimated the masses of these planets. These calculations had then made it possible to determine that all were approximately the size and mass of the Earth. Follow-up analyzes carried out with the Spitzer space telescope, now retired, have made it possible to estimate the masses and diameters of the planets with greater precision. Using this data, the researchers were then able to calculate their density and therefore estimate their composition.

In our own Solar System, the densities of the eight planets vary widely. On the one hand we have the gas giants, Jupiter, Saturn, Uranus and Neptune, and on the other the four terrestrial planets which are Earth, Venus, Mars and Mercury. The former are larger and less dense, as they are mainly composed of gas, while the latter are smaller and denser.

The seven planets of TRAPPIST-1 all share a similar density, which makes this system very different from ours.

The fact that these planets share a similar density could mean that they all contain roughly the same materials that make up most rocky planets like iron, oxygen, magnesium, and silicon. These worlds, on the other hand, are about 8% less dense than Earth. This means that their composition must be significantly different.

To explain this lower density, the authors suggest that the TRAPPIST-1 planets have a composition similar to that of Earth, but with a slightly lower percentage of iron (about 21% compared to 32% of Earth). These planets could also present high oxygen levels, forming iron oxide or rust (as on Mars). The additional oxygen would then decrease the density of the planets. It could also be that these slightly lower densities are a combination of these two factors: less iron overall and some oxidized iron.

These works published in the Journal of Planetary Sciences thus allow us to better characterize these different rocky planets, which will ultimately allow us to estimate their degree of habitability. Our current technical resources, however sophisticated they may be, do not allow us to “see” a little further. On the other hand, one instrument could soon change the situation: the James Webb Telescope, which is scheduled for launch next October. This eagerly awaited observatory could indeed tell us if these planets have atmospheres or not.