The Saver Whale underwater drone can save lives! 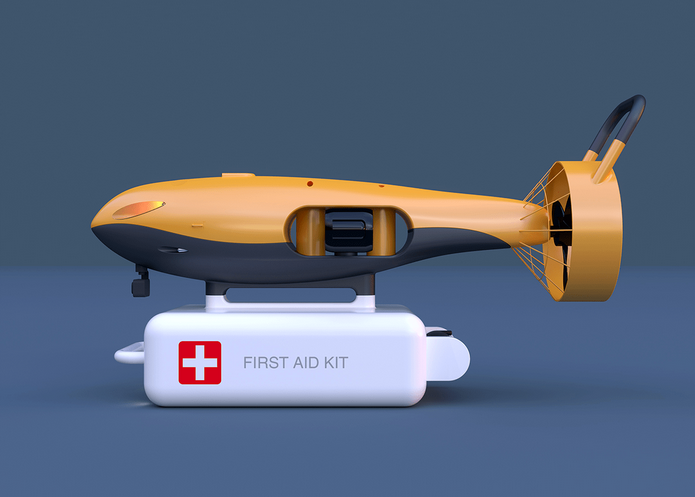 A South Korean designer designed the Saver Whale underwater drone with the aim of saving drowning victims. This “rescue whale” provides a waiting buoy for victims and allows their geolocation. This would be an additional asset for rescuers in the event of an accident.

Act as a waiting buoy

Usually, drowning takes only three minutes. This is the time it takes for water to enter the lungs and inevitably cause cardiopulmonary arrest. For rescuers, time is running out when an accident occurs. Based on this observation, the South Korean designer Lim Do-Hwi has developed a concept of “rescue whale”, the Saver Whale.

According to the person concerned, when the conditions of access to an accident are difficult, the emergency services unfortunately do not have time to intervene. However, the Saver Whale drone can quickly reach your goal by inverting the steepest places. When arriving at the site, the drone will act as a waiting buoy. Indeed, it will bring oxygen to the person, or help him to hang on in order to rise to the surface and reduce his state of panic.

A varied palette of possibilities

The Saver Whale drone – 87.6 cm long – can be steered from a command center. However, a helicopter can also let go in the crash area in order to increase the chances of success. The device will then activate autonomously to find the survivors using sonar, radar and radio. Capable of geolocation, the device therefore allows emergency services to follow its route and arrive shortly after. Moreover, the craft carries a first aid kit in which is a life jacket, oxygen, a walkie-talkie and a rope. In addition, he can throw a net towards the victim in order to bring him back to dry land and thus prevent the current from dragging him. Let us also mention the fact that several drones can operate simultaneously, which can be very useful in case of shipwreck involving several people.

Lim Do-Hwi explains on his page Behance that many stories tell of how orcas rescued people in danger. The interested party considered that the Saver Whale drone is a way of paying homage to them.

Here is a video presentation of the concept developed by Yanko design :