The Megaloceros, one of the largest deer of all time 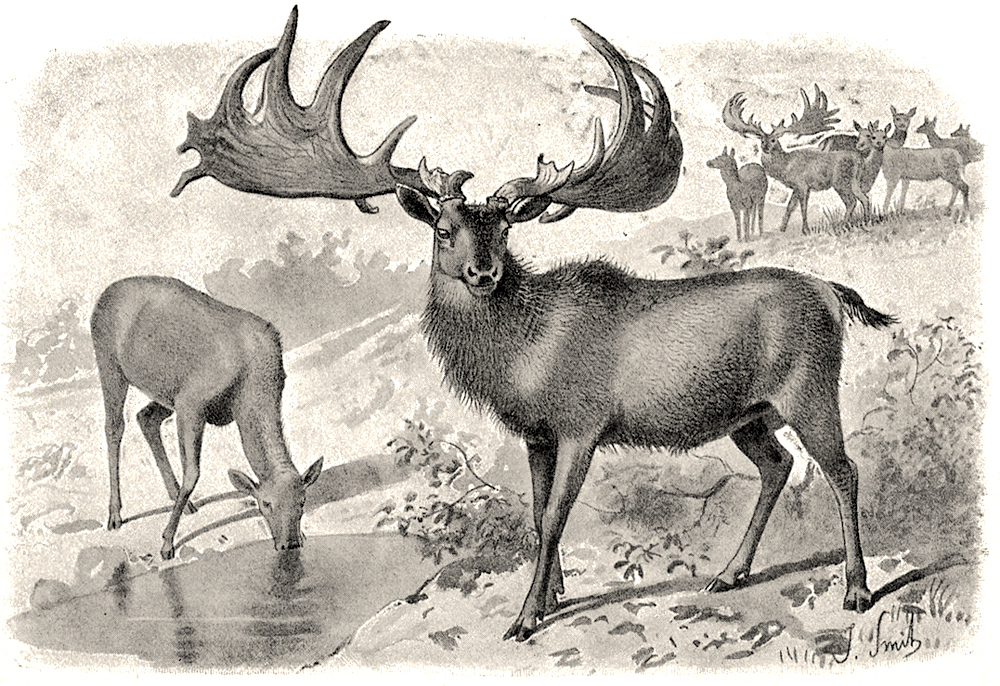 About 17,000 years ago, on a wall in the Lascaux cave, an artist painted a stag with gigantic antlers, still visible today. Far from being an exaggeration, it is a precise representation of an animal that the first Europeans knew well. Today, it is called Megaloceros giganteus, the Irish elk or the great peat bog deer.

The biggest males weighed nearly 700 kilos, roughly the same weight as a male elk in Alaska, and sported the largest antlers in the world. Some could reach 3.5 m wide and weigh nearly forty kilograms. Those of females were 10-15% shorter. These antlers, like those of modern moose and deer, grew and fell with the seasons. This gigantism was then essentially motivated by sexual selection.

The name Irish elk is a double misnomer. The animal did indeed evolve and prosper in Ireland for almost 400,000 years, but its range extended far beyond, to western Siberia. And it wasn’t a momentum either.

On a for a long time believed that the size of these woods had got the better of the species. Ancient works often depict these animals entangled in the forests, trapped by a cave lion or a group of primitive humans. In reality, such representations do not really make sense: Megaloceros mainly evolved in open landscapes maintained by herds of mammoths, bison, reindeer and other aurochs. They also survived three glaciations.

In reality, the reason for their disappearance has nothing to do with their antlers.

Adrian Lister, a paleobiologist at the Natural History Museum in London, has spent over twenty-five years of his career studying the Megaloceros. “It was one of the most famous extinct animals, along with T. Rex and the mammoth, but relatively little was known about them, and much of what we thought we knew was wrong.“, Explains the researcher.

Lister mapping, dating and pollen research have since shown that these animals actually had bears the brunt of climate change, wiping off the effects of the Younger Dryas, a period of rapid cooling that occurred about 13,000 to 12,000 years ago. These animals indeed needed abundant grass, leaves and shoots rich in minerals to survive and evolve properly. However, under the effects of the cold, this vegetation has gradually become scarce.

“Males have probably had more and more difficulty growing their antlers each year.“, Explains the researcher. “But the impact of the cold snap on the females was arguably the deciding factor“.

According to a 2008 study by CO Worman and Tristan Kimbrell, “the ability to produce and feed viable young was closely related to the nutritional status of females“. So, as the landscapes turned to ice and tundra, the herd sizes would have been reduced to finally reach the point of no return.

In parallel, the researcher notes that it is possible that the humans of the Paleolithic have completed the last populations already condemned. However, this has never been proven.

From then on, humans forgot all about this giant deer until the late 1500s and early 1600s, when Irish peasants, digging in bogs to burn peat for fuel, began to isolate several of the their fossilized wood. Some still adorn the walls of castles and other lodges in the country today.