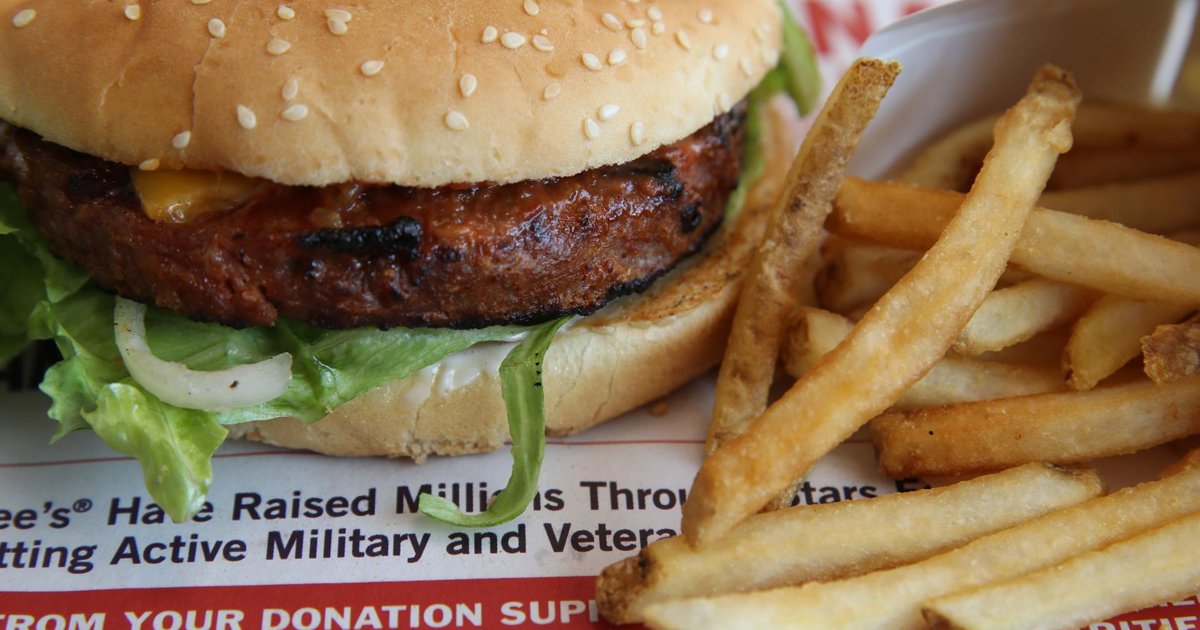 Animal meat faces an increasingly formidable vegetable competitor. The adoption of meat, egg and dairy substitutes based on plants, microorganisms and cell cultures is gaining ground, according to a study by Boston Consulting Group and investment firm Blue Horizon released Wednesday. Plant protein, which accounts for 2% of the total dollar protein consumption market, is expected to grow 14% annually to reach $ 290 billion in 15 years.

At this rate, the so-called 2.0 food market should grow from 13 million tonnes per year in 2020 to 97 million tonnes (11% of the market) in 2035. Europe and North America would reach the “peak”. animal meat ‘ (cutting edge meat) from 2025, according to the authors. During the following years, its consumption should decline. “Technological innovation and regulations more favorable to climate transition are the two engines of change,” said the Time Björn Witte, CEO of Blue Horizon.

The progress made should bring plant substitutes to the objective of “parity” with animal meat, ie equivalence in terms of price, texture and taste. “When this goal is achieved, the alternative protein market will be at a pivotal point. You don’t have to be an advocate for plant substitutes to see bright prospects, ”says Benjamin Morach, study co-author and partner at BCG.

Food 2.0 prices are falling and are approaching that of animal meat. The market leader, the American Beyond Meat, hopes to achieve parity as early as 2024, according to the Financial Times. Israeli start-up Future Meat Technologies manages to produce a substitute for chicken breast from chicken cells at a cost of $ 7.5, up from $ 300,000 at the start of its research in 2013. The American Impossible Foods has said in February that he would lower the price of his vegetable burger by 20% to $ 11, barely double that of the animal equivalent.

Innovation is rapid, but the road remains perilous. The Swiss start-up Mirai Foods, in Wädenswil (ZH), which has already raised 4.5 million francs from investors, produces a kilo of beef substitute from cell cultures for the price of a “small car », According to the site Startupticker.ch.

“At the stage of the iPhone 3”

“Plant substitutes are no longer the equivalent of Nokia applied to the protein diet. They are already at the level of the iPhone 3 ”, compares Björn Witte.

Growth forecasts are also based on progress in the energy transition. “Vegetable meat meets a consumer need and has societal benefits,” says Björn Witte.

Rising standard of living and population growth are increasing protein requirements. But if the animal meat market is growing by 3% per year, that of plant substitutes is growing much faster. Blue Horizon and BCG also present an “optimistic” scenario, in technological and regulatory terms, in which the market share of alternative proteins would be 22% in 2035.

Growth linked to the price of CO2

The competitive situation “will depend a lot on the evolution of the price of CO2, respectively of the regulations with regard to the environment”, according to Benjamin Morach. The switch from meat and eggs of animal origin to plant products alone will, according to the authors, save more than a billion tonnes of CO2 equivalent by 2035. This amount is equivalent to the Japan’s CO2 neutrality for an entire year. This transformation would also save the equivalent of the water supply to the City of London for 40 years.

The political and financial environment, through socially responsible investment and green taxation, increasingly supports transformation. Vegan food is no longer carried by small groups but by a general awareness among the population, says Björn Witte.

Financial investments are flowing in this segment. The leader Beyond Meat has a capitalization of more than 8 billion dollars for 407 million turnover in 2020 (+ 36%). In the next two years, three to five IPOs are expected to occur in this area, according to Björn Witte. The supply of securities should become popular.

The major global consumer groups are ready to make investments in this area. “Their know-how would be very useful,” concludes Björn Witte.