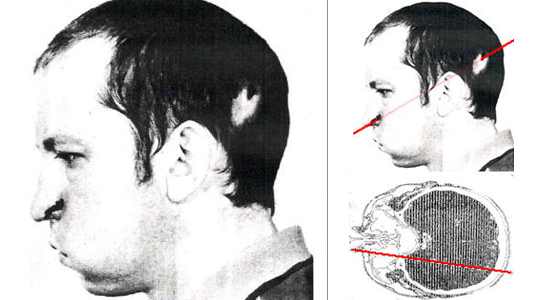 
In 1978, while inspecting one of the sections of a Soviet particle accelerator, physicist Anatoly Petrovich Bougorsky was unaware that the instrument was still in motion. A beam of protons pierced his skull. The man suffered several injuries, but survived (and even earned a doctorate).

A particle accelerator is an instrument that uses electric or magnetic fields to drive charged particles to speeds close to the speed of light. These structures are used for fundamental research on elementary particles or even in the medical and military fields. You guessed it: it is therefore strongly recommended to keep a safe distance once these devices are in operation. Of course, Anatoli Bugorski knew this. Unfortunately for him, all did not go as planned.

A light “brighter than a thousand suns”

We are the July 13, 1978. Like almost every day, the physicist goes to work at the Institute of High Energy Physics in Protvino, where the largest particle accelerator in the Soviet Union is located. Hours later, the then 36-year-old man inspects a missing piece of equipment. At first glance, everything is fine. The machine is switched off. What he does not know is that the different security mechanisms have also broken down.

The physicist therefore bends down to operate. It is then that a proton beam crosses his skull, from the neck to the nose, at a speed close to that of light. At the moment, he doesn’t feel any pain, but he is well aware of what just happened. This light, “more shining than a thousand suns“, Left no doubt about the gravity of the situation. At this point, he doesn’t say anything to anyone and just ends his day before going home. Of course, the situation was going to get worse.

Absorption of five grays of radiation would normally result in death. Bugorski doesn’t know it yet, but he’s just been struck by 2,000 grays (formerly rads). Overnight, her face finally begins to swell beyond recognition, prompting her to see a doctor the next morning. Very soon he was taken to a clinic in Moscow, but the doctors didn’t give much of his skin.

Two days later, moreover, his skin began to peel off around the entry and exit wounds, freeing a path through his skull, and therefore the brain.

Remarkably, he is holding on. Over the next several years, brain tissue continued to burn, and her face became paralyzed on the left side, causing hearing loss as well. Stranger, as he got older the right side of his head showed signs of aging, unlike the left side. Until the fall of the USSR, he did not tell anyone about this accident.

Subsequently, Anatoli Bugorski naturally suffered several crises, but never stopped working. He has even obtained a doctorate. And today it is still alive.