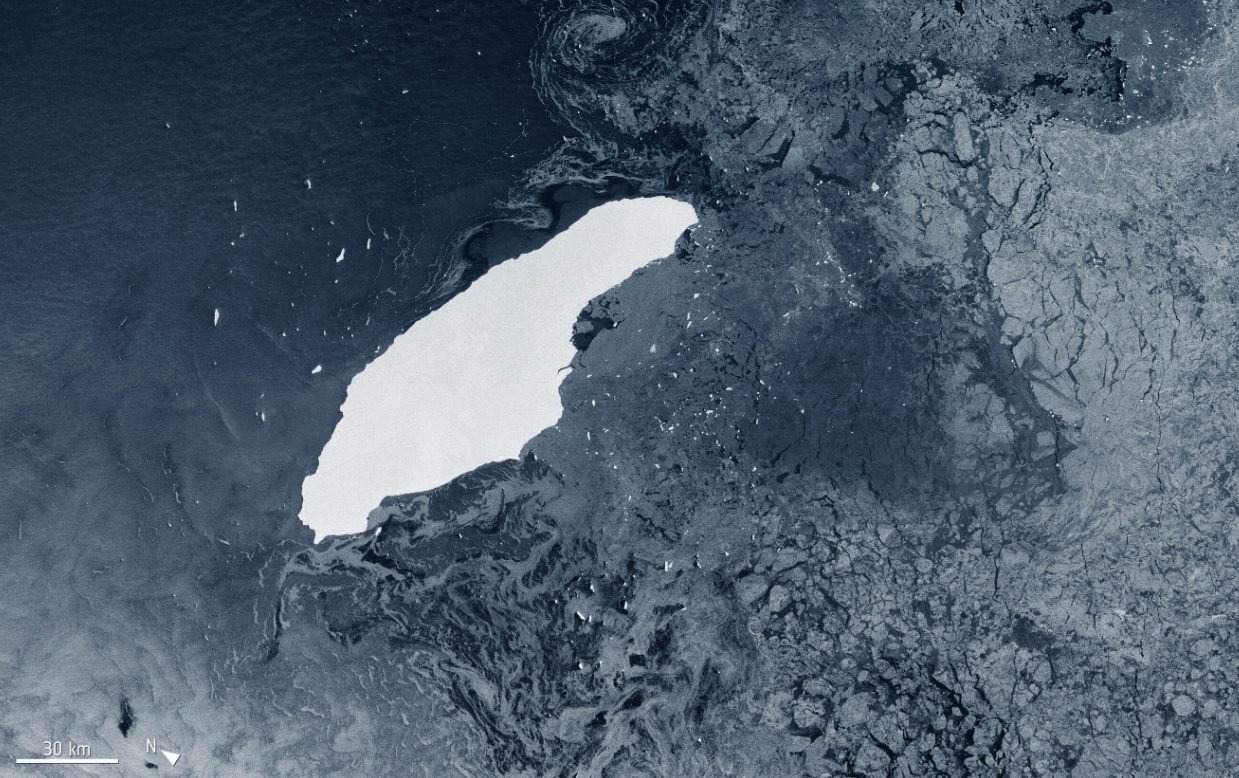 
Pieces of the former “world’s largest iceberg” continue to fracture into smaller pieces off the coast of South Georgia, a remote island in the southern Atlantic Ocean. Two robots will soon be on site to analyze the water around the remains of the structure.

Three years ago, researchers confirmed the calving of a gigantic iceberg of 6000 square kilometers east of Antarctica, from the Larsen C ice shelf. With the currents, the structure called A68-A seemed to be heading towards the British island of South Georgia, threatening to anchor on the continental shelf surrounding the island. If this had been the case, the iceberg would have potentially cut off the sea lanes allowing seals and penguins to feed normally.

Broken into a dozen pieces

Eventually the structure changed course, eventually drifting around the island where it began to break up in early December, releasing a first piece of ice of about 180 square kilometers, then a second, then a third … Today , there are a dozen, eleven of which are big enough to each have their own name. They were thus named from A-68b to A-68M. The A68-A iceberg no longer exists.

Obtained on February 12th thanks to moderate resolution imaging spectroradiometer (MODIS) of the satellite Terra from NASA, the image below depicts eight of those eleven newly named fragments, swirling around South Georgia Island. As for the other three, they drift near the A-68G and the A-68M.

If the threat to local fauna seems a priori ruled out for the moment, researchers from the British Antarctic Survey (BAS) who have been following the iceberg for several months are eager to study the potential impact of this fracture on seawater around the island. In particular, it is expected that two robots the size of a refrigerator will soon be dispatched to study the temperature, salinity and clarity of water around the remains of A-68.

Also remember that if nowadays only a few people live there during the summer months, South Georgia was once considered the center of industrial whaling. It is estimated that more than 42,000 blue whales were killed around this island between 1904 and 1960. Since then, whaling has been banned and populations of these large mammals have started to increase again. As part of a recent shipment, biologists have in fact spotted several dozen of these animals.