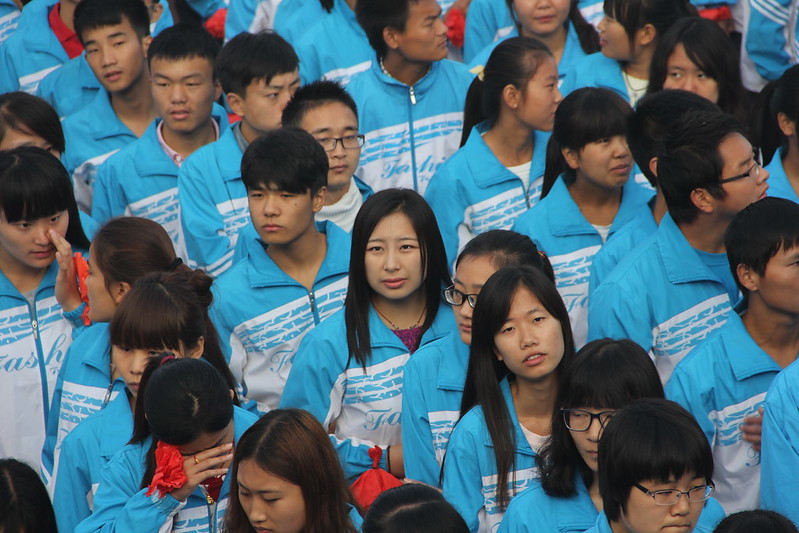 
China is trying to prevent a future demographic crisis by considering a new policy. The first elements of this policy tend towards solutions that are still vague, but above all unequal. Proof of this is with the government’s latest idea: to shorten the time children spend in school.

Too much time spent in school?

Despite continued positive economic growth, China faces a accelerated aging of its population and the gradual decline in its number of working people (and working people). In 2020, the country observed a drop in the birth rate of 15% compared to the previous year. According to the Chinese Academy of Social Sciences, the country’s population (which is currently close to 1.4 billion) should start to decline in 2027. Another worrying data: in just four years, a fifth of the Chinese population will be over 65 years. Today, the Chinese government’s objective is therefore to revive the birth rate by inducing a baby boom.

One of the ideas raised is to ensure that children, especially girls, spend less time at school. In this country, children start school at 7, finish high school at 19 and start working around the age of 25 or 27 if they are studying at university. In an article in the Chinese daily The Global Times on March 7, 2021, MP Zhang Hongwei discusses the fact that a woman retiring at age 55 (legal retirement age) will have passed more time at school than at work.

Some voices speak out against this idea

The idea is therefore to shorten the duration of studies, which would allow young Chinese women to access the labor market more quickly. They could then acquire a certain financial ease more quickly allowing them to calmly consider having children. For Zhang Hongwei, who proposed this measure, it could also limit the problem of declining assets and therefore, the emerging labor shortage. Obviously, not everyone agrees with this way of seeing things. On the country’s social networks, many Internet users are indignant that students are simply considered as labor. Others feel that they do not want to work too early in order to acquire a good maturity through education.

Educational researcher Chu Chaohui does not see the point of such measures either. According to him, the aging of the Chinese population is a structural problem of society. This could not be resolved by shortening the duration of studies in order to increase the working population. In addition, this would have the effect of increasing the pressure on schoolchildren and students, which is also not desirable.

Not long ago, another idea was debated in China: reducing the legal minimum age for marriage. Today, women can get married at twenty and men at twenty-two, but that limit could drop to eighteen for all. The logic behind this measure? Get married earlier and feel ready to having children just as early.