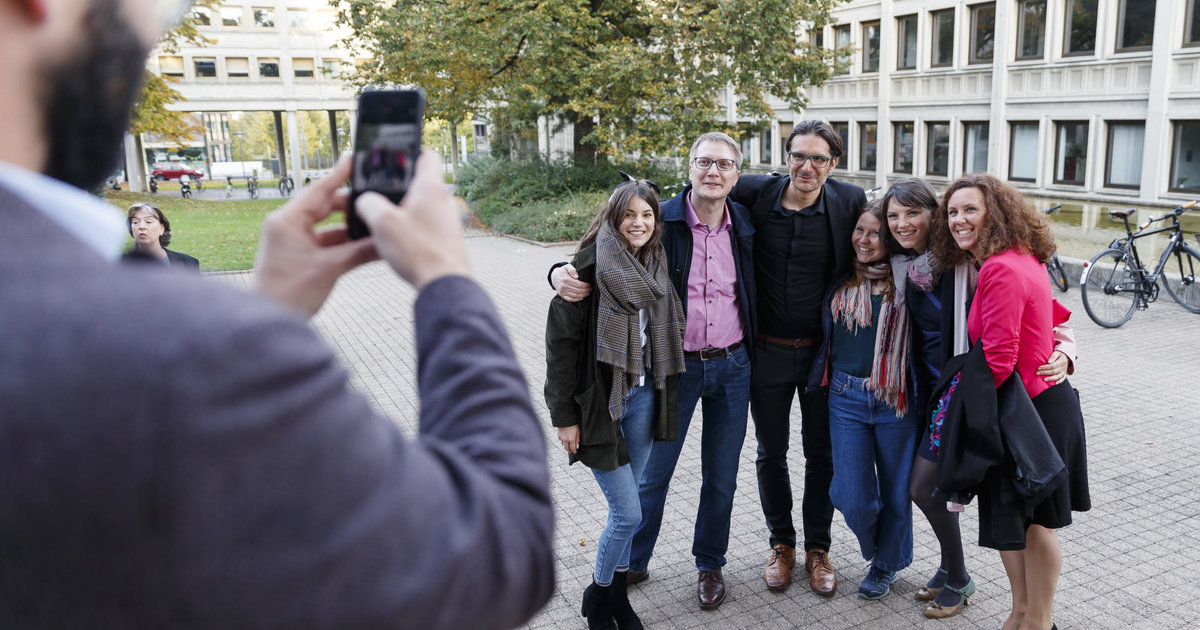 Will Sarine take on a slightly greener hue on the evening of Sunday March 7? Knowing whether the Greens, boosted by concerns related to global warming, will make their entry into the Municipal Council is indeed one of the main issues of the municipal elections in the city of Friborg. Because if the executive of the fourth French-speaking town has been leaning to the left since 2006, no environmentalist has yet sat there. Today, it is made up of two socialists (the syndic Thierry Steiert and Andrea Burgener Woeffray), a social Christian (Pierre-Olivier Nobs), a PDC (Laurent Dietrich) and a PLR (Antoinette de Weck). The latter is the only one not to represent herself.

Read also: The Vaudois Greens torn between prudence and recklessness

But, in a scenario somewhat similar to that of Lausanne, where its councilors are also re-elected in March, the new environmental ambitions have not been without consequences for the alliance of the plural left. They participated in exploding the single ticket strategy which had ensured its success in the city of Zaehringen since 2011. The different formations therefore start on separate lists, making the election, which is played on a proportional basis, more open with a total of 28 candidates for 5 places. “It was never a desire to break the alliance,” explains Mirjam Ballmer, head of the Greens’ list for the City Council. However, we have not succeeded in finding a solution that suits everyone. ”

Legitimacy of the Greens

For Mirjam Ballmer, also cantonal co-chair of the Greens, there is real legitimacy in claiming a seat on the Friborg Municipal Council given their progress. “Our voters do not expect from us a tactic to ensure the re-election of outgoing elected officials, but that we defend our values, supports the one who had a first political career in the canton of Basel-City. On the subject of the environment, the current executive is going in the right direction, but we believe that we must go faster and further. ”

Read also: Friborg at the bedside of its elected municipal officials

For many observers, the Greens, who reached 20% in the cantonal capital in the 2019 federal elections, have a good chance of making their entry into the executive. The question remains to the detriment of whom? Much attention is focused on Pierre-Olivier Nobs, of the Left Center – Christian Social Party (CG-PCS), a small formation whose electoral potential is around 8%. Man is fully aware of this arithmetic handicap, but wants to believe in it. “Each campaign must be approached with modesty and each election has its own mechanics”, he philosophizes.

Nothing is played. The former independent artisan jeweler of La Basse, who passed through the ranks of the ATE (Transport and Environment Association), has just received the unexpected support of an ad hoc committee created by Socialists and Greens disappointed with the strategy of disunity of their respective parties and which calls to vote for the outgoing elected. “I hadn’t asked for anything,” reacts the latter. I take it as a gift. Such a gesture will have a significant impact on the result, ”notes Pierre-Olivier Nobs.

Despite the division, some on the left continue to hope for a 4-1. Because the PLR ​​is also weakened by the departure of its outgoing advisor, the lawyer and deputy Antoinette de Weck, figure of the party. “It is the departure of a personality, of course, but our will is to keep this seat”, supports the cantonal president Sébastien Dorthe, aware that an election in the city of Freiburg is always delicate for the liberal-radicals. He assures that he can rely on a young, competent list, and on a positive trend launched by the victories of Didier Castella at the Council of State and Johanna Gapany in the States: “They have done a lot of good, both outside than inside the party. “

Others expect the separate list strategy to weaken a left that could cannibalize itself. A prospect which thus arouses the appetites of the PDC, which is burning to regain its second seat lost in 2011, and why not to allow the right to overthrow the majority. An unlikely scenario, but Damiano Lepori, cantonal president of the party, wants to believe it: “If the left had gone united, there would be no chance. There, the fronts have moved, the opportunity exists. ” As proof of its ambitions, the cantonal PDC exceptionally provided financial support for the electoral campaign of its local section.

The fact remains that the suspense will remain intact until the evening of February 7, the ballot promises to be tight. Including the second socialist headquarters is not guaranteed. The forecasts remain difficult. In any case, the property manager Thierry Steiert will not go there. “I am not a diviner”, smiles the socialist, who also concedes that, in a campaign truncated by the covid, it is difficult to feel the pulse of the population, “as if we were in a bubble”. He is also aware that, perhaps, the essential stake for the future of his city will be played in a few months, on September 26, with the consultative vote on the merger of Greater Friborg. Originally scheduled for May 2020, the election was postponed due to the health situation. The process should lead to the reunification of nine municipalities which would form a city of 75,000 inhabitants, in order to finally allow Freiburg to be imposed between the Bernese capital and the Lake Geneva region.