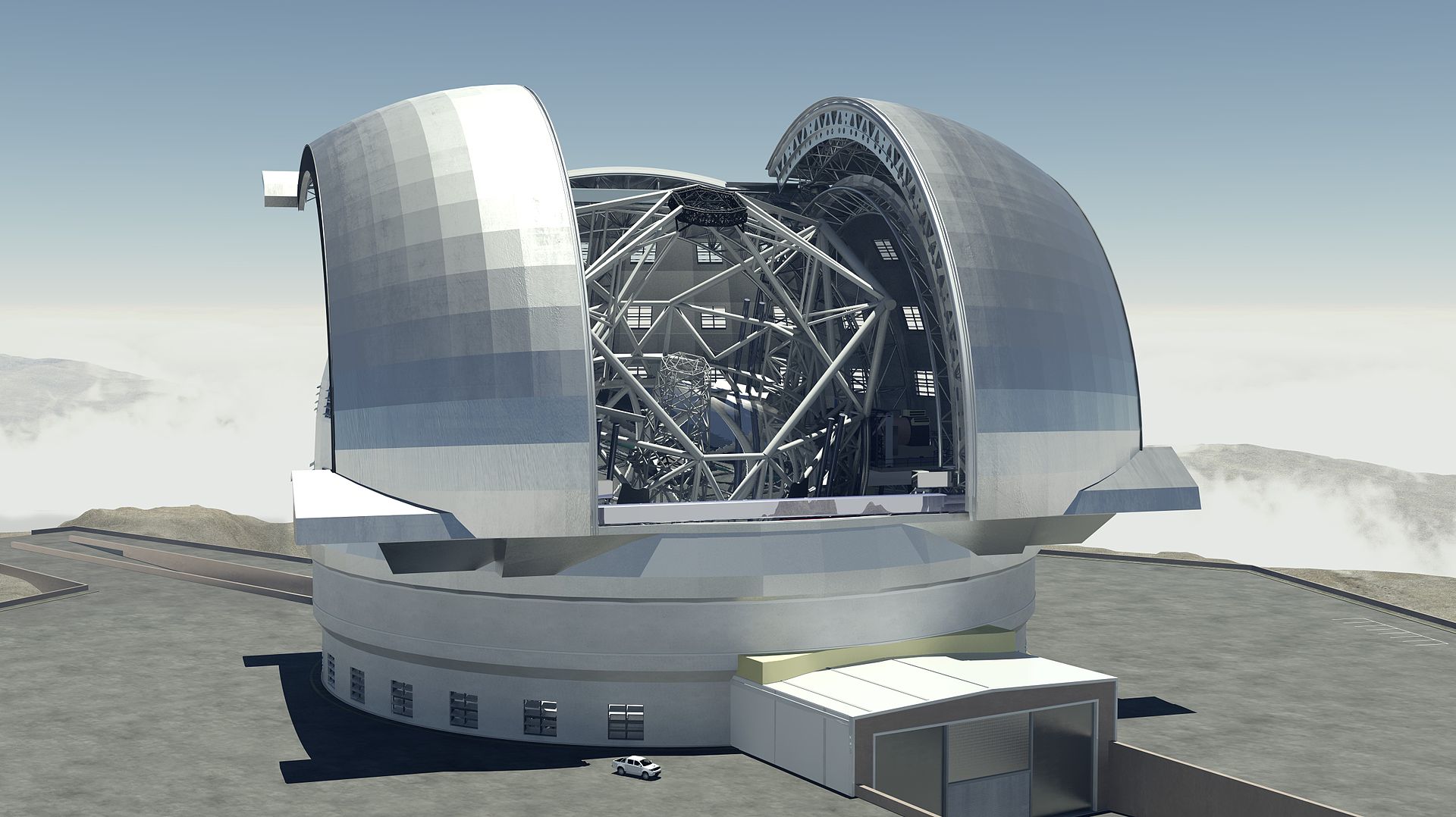 
Several large observatories will make their debuts over the next few years. Let us quote the James Webb Telescope or the Square Kilometer Array (SKA), which will be fully operational from the beginning of the 2030s. Between the two will see the light of a third much awaited tool: the giant European Telescope, which promises to take a new look at the Universe.

You will find it in northern Chile, on Cerro Armazones, about twenty kilometers east of Cerro Paranal. It is here, in the heart of the Atacama Desert, at an altitude of more than 3,000 meters, that the “first stone” of the future large optical telescope in the world was laid almost four years ago, in May 2017. L observatory, the cost of which is close to one billion euros, should be able to capture its first light from the start of 2025, enjoying totally clear skies for much of the year, as well as dry and cold air. It will succeed the current Very Large Telescope (VLT).

A single figure alone sums up the enormity of the Giant European Telescope – or in English Extremely Large Telescope (ELT): the diameter of its main mirror (or reflector), which will be 39.3 meters. Concretely, the larger the surface of a mirror, the more it collects light and the more it makes weakly luminous objects visible.

Thanks to this mirror, the ELT alone will be able to collect more light than all the current large terrestrial telescopes combined. Compared to its predecessor, the VLT, it will allow astronomers to access objects twenty-five times less luminous. Assuming that the brightness of an object decreases with the square of the distance between us, to say that an object is twenty-five times less luminous than another is therefore to say that it is located five times more far. In other words, the ELT will multiply by five the size of the observable Universe.

Based on these incredible technical characteristics, researchers will be able to obtain direct images of rocky exoplanets (like Earth) within a radius of more than twenty-five light years. Some could then evolve in the “habitability zone” of their star – allowing the existence of liquid water on the surface. Once these worlds are targeted, researchers can then analyze their atmosphere and detect the possible presence of life through the presence and proportion of certain gases.

At the other end of the scale, the ELT will also allow probe the early childhood of the universe. One period in particular is of interest to researchers: the end of the Dark Ages, which in passing marks the beginning of the Star Age. In other words, the passage from a primordial universe uniformly bathed in hot and brilliant radiance, to a universe allowing the ignition of the very first generation of stars.