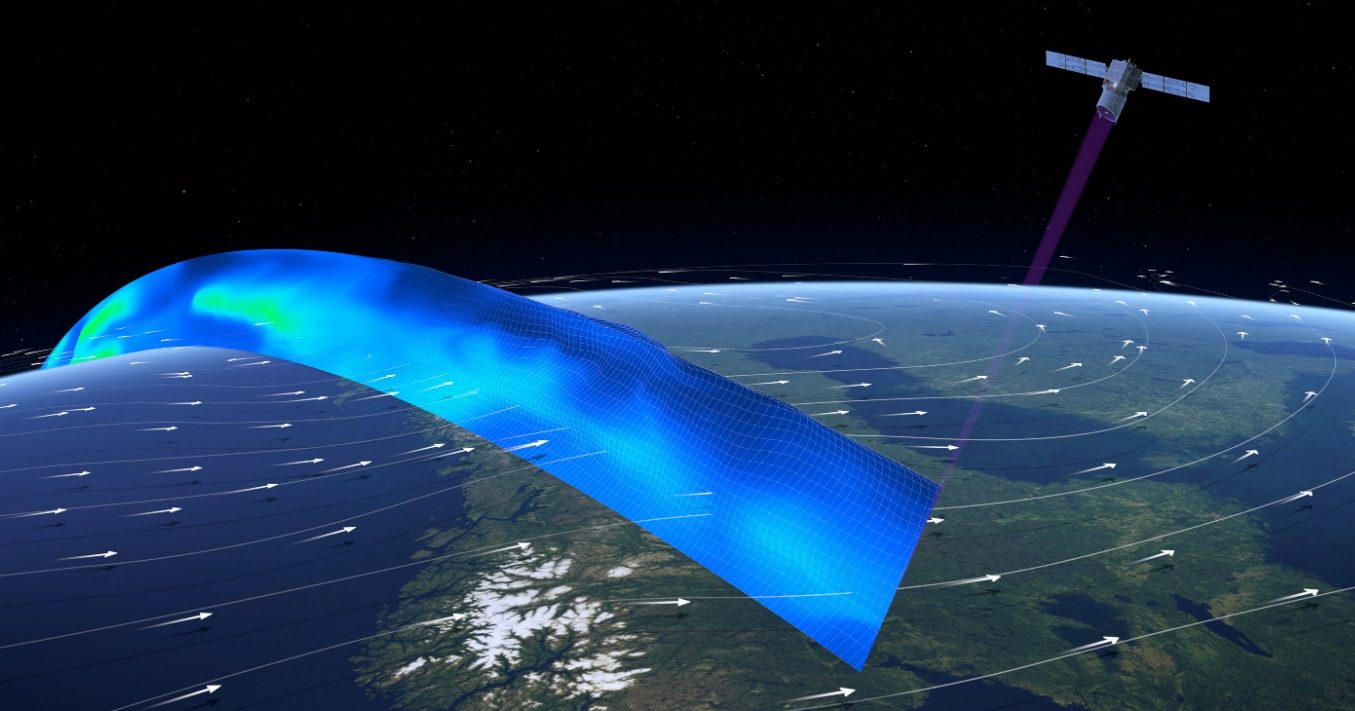 
While the polar vortex underwent severe disturbances at the start of the year, the European satellite Aeolus continues to collect valuable data that will be used to better understand the mechanisms responsible for these jerking meteorological. Aeolus is the first satellite in orbit to directly measure the winds in the lower atmosphere.

With the establishment of the polar night, a vast and powerful vortex of cold air forms each winter in the regions of high latitudes. This seasonal vortex reaches its full potential in the middle and upper stratosphere – an atmospheric layer where variations between summer and winter are more pronounced than near the surface. It is called by this title polar vortex or stratospheric vortex. The band of strong westerly winds that accompany it constitutes the polar night jet stream.

Outbursts of heat in the heart of winter

However, although this is a typical structure of the winter stratosphere of high latitudes, it weakens sometimes strongly and can even eventually disappear. This while we are still in the middle of the cold season. The reason is that the polar vortex is subject to dynamic instabilities. Also, waves formed near the surface propagate from time to time to the stratosphere where they violently disrupt circulation. A bit like exerting a sudden brake on the tourbillon.

This slowdown causes a sudden stratospheric warming (SSW for the English acronym). The temperature then rises by several tens of degrees in a few days, indicating a deep or total rupture of the polar vortex – in this case, we speak of SSW major. Note that this is a natural phenomenon that occurs on average once every 2 to 3 years in the northern hemisphere. The fact remains that when such a disturbance occurs, it tends to bring profound meteorological upheavals near the surface. These include, for example, cold and snow episodes at unusually low latitudes.

Launched in August 2018, the European ADM-Aeolus satellite enables the dynamics of the stratospheric polar vortex to be observed in detail. A task that was still little experimental because measuring wind from space is notably difficult. Thanks to Aeolus, scientists now have a database that will allow them to better understand the complex mechanisms at work in the processes mentioned above. The technique used by Aeolus is based on the Doppler effect due to the interaction between the ultraviolet pulses emitted by the satellite and the air molecules that they encounter.

Below, the wind field observed in the lower stratosphere between November 1, 2020 and February 1, 2021. Also, note how the vortex evolves from a normal state to a deeply destructured state (areas in blue).

“The changes in wind structure during an SSW have never been observed directly on a global scale before. So far, our understanding of these changes has been developed using point measurements, measurements along aircraft flight paths, through the use of temperature observations and, primarily, computer models. and reanalyses ”, explains Corwin Wright, researcher at the University of Bath (England).

“We are currently observing a polar vortex event where we see it split into two, with one mass of air rotating over the North Atlantic and one over the North Pacific”, notes the scientist Anne Grete, in reference to the movements present in the stratosphere at the beginning of the year. “The split causes changes in the tropospheric circulation allowing cold air masses from the poles to escape more easily to lower latitudes. (…) What scientists would also like to know is whether SSWs may become more frequent due to climate change. Also for this, Aeolus data will be very important ”.