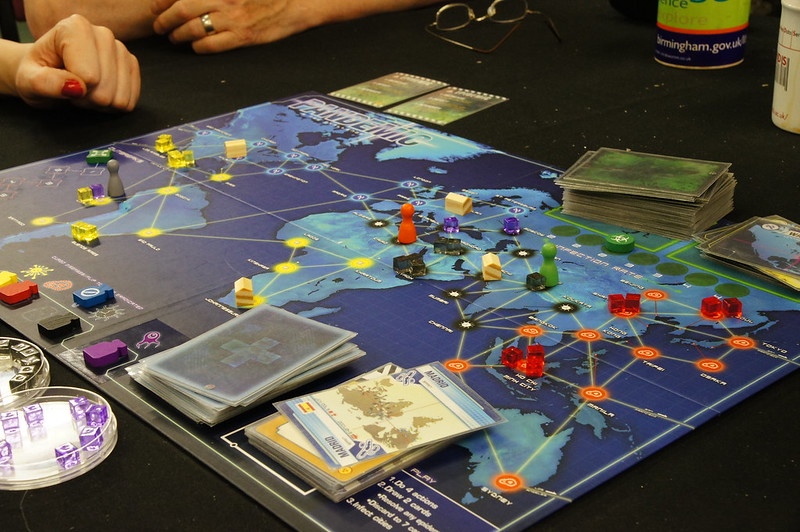 
Released over a decade ago, the board game Pandemic is currently experiencing a resurgence of interest. The company behind this game is working on its next creation, a game with a recurring theme: climate change.

A new game on climate change

Pandemic (or Pandemic) is a board game published since 2008 by Z-Man Games. The goal? Players must fight against several viruses risking to contaminate the whole planet. Real critical success at its release as recalled The New York Times in an article from March 25, 2021, Pandemic was among the best-selling games in the world. Like other content that is once again successful long after its release, namely the film Contagion (2011) and the game Plague Inc. (2012), the game Pandemic is once again being emulated by the current health crisis linked to the SARS-CoV-2 coronavirus. It must be said that this one was at the time inspired by the SARS epidemic (2003).

Matt Leacock, creator of Pandemic thought and still believe that a game set in a contemporary disaster is likely to attract the curiosity of the public. The person mentioned the theme of the next game of his creation: climate change. Now, this subject has the particularity of representing a permanent crisis, which is not the case with the current coronavirus.

This new climate change game will play the same as Pandemic. On the other hand, instead of neutralizing viruses, the player will have to achieve stabilize the planet at zero carbon emissions. While this isn’t the first time such a subject has come up in the board game world, Matt Leacock has the notoriety advantage. The fact remains that making climate change issues fun is not easy. So, it is a question of finding a balance between realism and entertainment.

Matt Leacock wants to give his next game a truly educational dimension. We must therefore add a touch of scientific realism. Participants will thus have to tackle subjects such as carbon emissions, forest fires, melting ice or waves of climate refugees. On the side of measures, there could be the recycling of waste or the manufacture of photovoltaic panels. In order to give credit to its content, the creator says he has met experts on this type of problem.

Still under testing, the game in question must still undergo some modifications. Indeed, the test players sometimes felt like they had achieved their goals before, in a few turns, the temperature of the Earth increased drastically causing the end of the game.