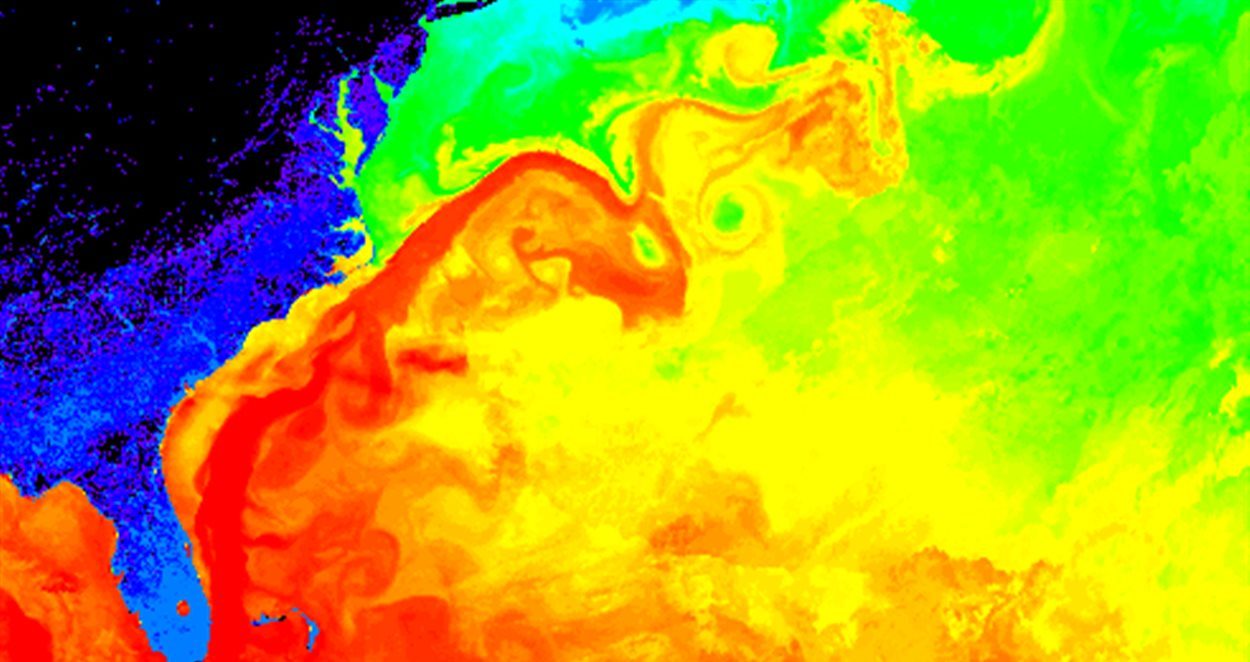 
According to a recent study, the particularly rapid oceanic changes observed off Newfoundland are the result of a northward migration of the Gulf Stream. The results appear this April 20 in the journal Communications Earth and environment.

It is close to Grand Banks of Newfoundland that on the night of April 14-15, 1912, an iceberg sank the infamous Titanic. However, this oceanic region is today one of those undergoing the most rapid climatic changes. In fact, over the past ten years or so, the frequency and intensity of marine heat waves have sharply increased. In addition, the sea level is experiencing a considerable rate of rise relative to the world average. A phenomenon that recent studies associate with a northward rise of the Gulf Stream.

A drift of subtropical waters to the north

” We used satellite data to show that as the Gulf Stream migrates closer to the submarine shelf of the Grand Banks of Newfoundland, it blocks the transport to the southwest associated with the Labrador Current which would otherwise provide low-salt, oxygen-rich cold water to the North American Shelf »Explains Gonçalves Neto, main author of the paper. Add to this that the migration mentioned took place quite abruptly in 2008 and has not reversed since then.

Thus, a greater inflow of hot and salt water following regional changes in ocean currents makes it possible to account for the evolutions. As the thermal expansion of the ocean is related to its temperature, the reaction of sea level makes sense. On the other hand, the lower solubility of gases in heated water explains the drop in dissolved oxygen also observed.

Obviously, these rapid variations have strong impacts on the region’s marine ecology and the economic sectors that depend on it. The fishing industry, for example, has been greatly affected by the resulting changes in the distribution areas of species. In addition, the eastern United States and Canada are almost automatically subject to an increased risk of marine submersion and humid heat phenomena.

However, the causes of the sudden displacement of the Gulf Stream in 2008 are not yet known. It could be a phenomenon linked to global warming of the planet or quite simply a natural variation of the North Atlantic ocean circulation. In this regard, the data collected show that a similar phenomenon, but of lesser intensity, occurred at the end of the 1960s. An element which would seem rather to favor the second hypothesis. On the other hand, models show that the slowdown inAMOC due to climate change would cause an oceanic signature similar to that observed. For now, the question therefore remains open. Case to follow!