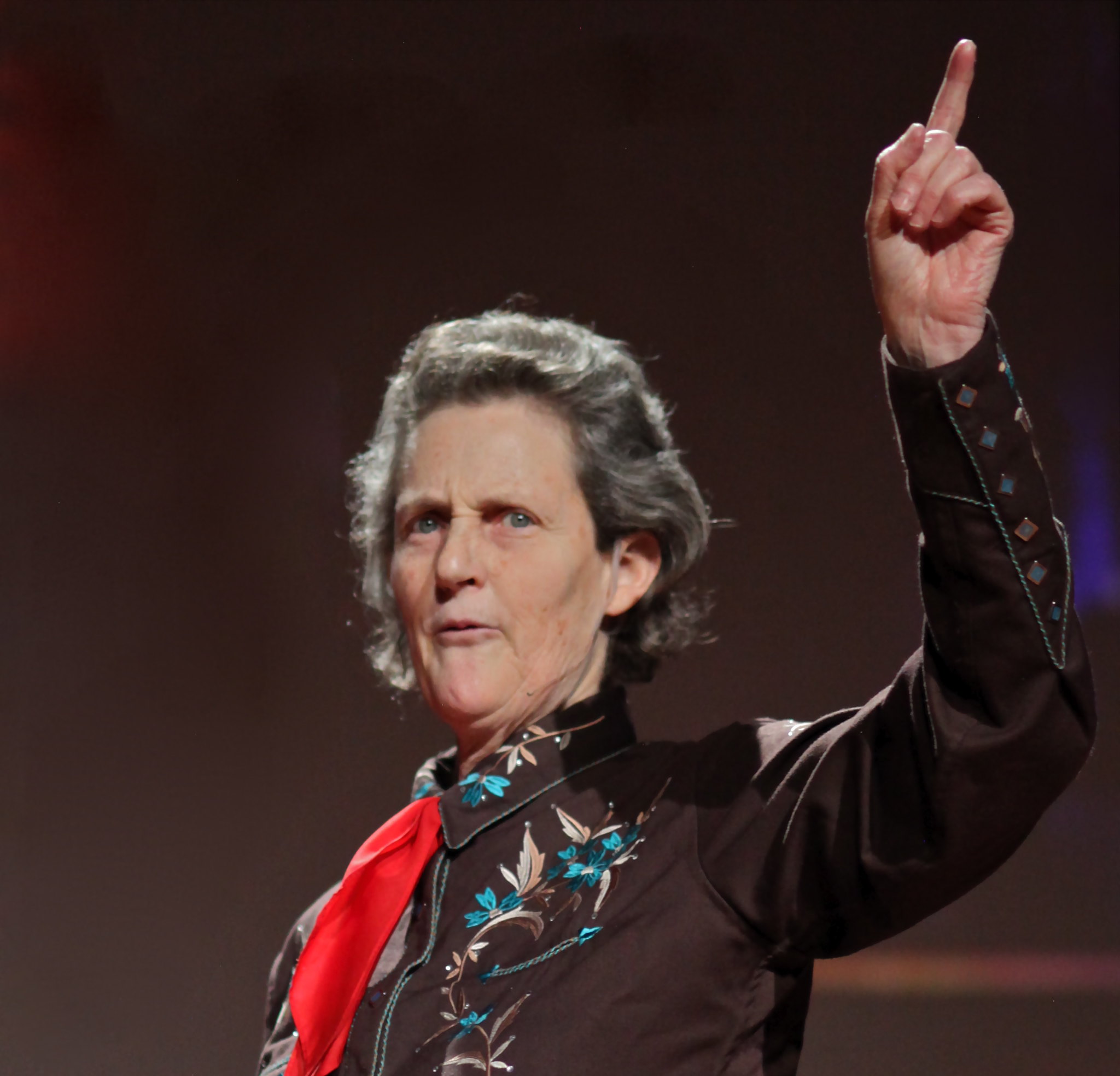 
Specialist in zootechnics and animal sciences, Temple Grandin has created an engineering and consultancy company dealing with the conditions of livestock farming. Placing animal welfare at the center of its innovations, it has over time become an expert in the design of equipment for livestock. Autistic, Temple Grandin was able, through early intervention, to continue her studies and become a world-renowned specialist. She was also very active in the understanding of this disorder by the public.

Born in 1947 to a former military father and a writer and actress mother, Temple Grandin is the eldest of her siblings. From the first months after her birth, her mother realizes that she is different from other children. Abnormally wise, staring at objects for a long time, refusing all affection and avoiding direct looks, the little Temple also seems deaf and hypersensitive to noise. She also reacts violently to certain noises and has developed a high sensitivity to touch and odors. For example, she hates clothes that irritate the skin or perfumes that smell too strong. In addition, she shows a certain creativity (playing cards or paper planes), although very often obsessive.

Not verbal until the age of three and a half, Temple Grandin was diagnosed with “infantile schizophrenia” in 1951. Another example is the presence of brain lesions revealed by electroencephalography. Described as a strange little girl, Temple Grandin was diagnosed frequently at a time when autism remained largely unrecognized. The little girl’s behavior generated arguments between her parents who faced serious disagreement. While her father advocated placement in an institution for the mentally ill, her mother advocated individual special education.

The little Temple went three times a week to a speech therapist to learn how to articulate well, had language therapy and was then able to benefit from the company of a housekeeper. She taught him social rules (eg politeness) by applying methods close to current cognitive-behavioral therapies. This early intervention thus allowed Temple Grandin to lead an almost normal life.

After going through a private school with strict rules and then through the traditional primary school, Temple Grandin becomes a teenager. She quickly developed a passion for science fiction literature and series. She is also fond of airplane models. In high school, she suffered a lot of teasing for her thinness, her obsession with repeating the same things often and his disinterest in social relations or even fashion. At the age of thirteen, she held several jobs, including that of a seamstress. Nonetheless, she is sent to a boarding school shortly after showing violence towards a classmate who was harassing her. She practices horseback riding and discovers that animals calm their symptoms and do not judge her.

While her autism is much more clearly identified at the age of fifteen, Temple Grandin goes through Franklin Pierce University where she will obtain a bachelor’s degree in psychology, finishing second out of a total of 400 students. She then joined Arizona State University at Tempe to y study animal psychology. Temple Grandin chose the behavior of farmed cattle as a subject for her master’s degree and obtained her diploma in 1975. She obtained her doctorate in zootechnics fourteen years later at the University of Illinois at Urbana-Champaign.

Let us recall in passing that zootechnics is the scientific study of animal husbandry, reproduction and adaptation to specific needs. This discipline often inseparable from agronomy is used to apply sciences for the improvement of animal productions and animal products.

Animal welfare at the heart of innovations

Temple Grandin did not wait for his doctorate to start his own business. In 1980, she founded a consulting and engineering company in equipment for livestock. Quickly realizing that farmed cattle feel fear and anxiety, she experiments with new techniques. Temple Grandin often manages to find what scares these animals and what paralyzes them in their movements. Seeming to be someone strange in her attitude and appearance, she all the same gains in reputation.

His warhorse ? Improve the livestock management and slaughter system in the United States, an area neglected from any research or other questioning. Among its innovations, we find restraint devices, rounded tracks to respect the distances between animals or the development of corridors preventing them from seeing workers working around them. Let us also mention the presence of non-slip materials to prevent falls.

Temple Grandin works in parallel as a journalist for the magazine Arizona Ranchmen for seven years before becoming professor of zootechnics at Colorado State University in 1990. She accompanied the new ideological movement in favor of animal welfare and participated in numerous conferences and presentations. Some large food companies like McDonald’s and Burger King commission audits to make progress in this area.

In 1996, Temple Grandin supervised a federal inspection of 24 slaughterhouses in ten states. According to the findings, 30% of these establishments do not respect animal welfare during slaughter, which represents a real development. Today, she carries out audits for companies in many countries, always with the same goal: to improve the conditions of farm animals. In 2012, the specialist estimated that in North America, half of the cattle ending their race in a slaughterhouse uses a central track restraint device of its design.

Grandin Temple is also famous for his numerous publications on autism in the scientific press. Let’s also mention one of his creations: the cuddle machine. Therapeutic, this pressure device was intended to calm hypersensitive people, often autistic, and whose positive effects have been proven by a study in 1999. She used it until 2008 before finally managing to hug people.

In 1988, Temple Grandin intervened on the occasion of the release of the famous film Rain man with Dustin Hoffman. This film, one of the first to deal with autism, led to a some public admiration for learned autism. Temple Grandin will explain that people with autism can also experience professional success, thanks to the particularities of their autism. She will evoke especially visual thinking, a way of thinking based essentially on the processes of visual information processing by the brain. This intervention contributed to break decades of shame and stigma towards autistic people, just like his autobiography Emergence: labeled autistic, published in the United States in 1986 and in France in 1994 with a different title: My autistic life.