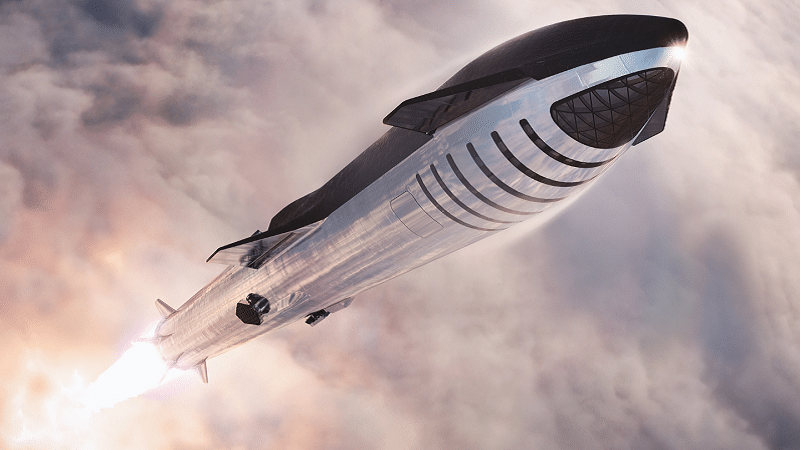 Valaris plc, like many oil companies, has had a complicated 2020. If most still have fairly solid kidneys, it did not hold, finally filing for bankruptcy last July. A few weeks earlier, the company still sold two of its oil rigs for $ 3.5 million each to SpaceX, which will transform into launch pads.

Sea bases for the Starship

For several years SpaceX has been developing an entirely and rapidly reusable spacecraft called Starship, which aims to transport crew and cargo in Earth orbit, but also on the Moon and beyond. Of course, we’re not there yet. SpaceX will indeed have to go through many steps before it can achieve these objectives. That said, the company has already climbed a few steps, and plans to intensify its development program during this year 2021.

Currently, all of the Starship’s testing is done at SpaceX’s facilities in Boca Chica, Texas. A priori, certain launches should thus be able to be operated from this base, but in the long term, maritime launch pads – positioned far from any populated area – could be more suitable.

According to the magazine NASA space flight, always very well informed, it is planned that these ramps will be transformed off Brownsville (Texas). If all goes according to plan, Phobos and Deimos will then be able to enter service at the end of this year. By then, the Starship could already become operational for orbital flights.

These two photos were taken months apart – you can see the sign is a recent addition. Could this be one of the superheavy class floating spaceports that @Elon Musk mentioned that SpaceX is being built? @NASASpaceflight pic.twitter.com/pmqFrItELr

In the meantime, the next Starship test could take place as early as this Tuesday (January 26), after having successfully suffered several static shots. Like its predecessor, the now famous Starship SN8, the SN9 is expected to operate a test flight at 12.5 kilometers altitude. Again, it will be for the spacecraft to return to Earth at an angle of attack of about 70-80 degrees, before relying on reaction control thrusters to return to a vertical position before landing. .

Finally, remember that the first tests of the Super Heavy, supposed to propel the Starship into space, will be started this year. The first prototype, currently under assembly, might only run with just two Raptor engines. But eventually, this gigantic structure more than 70 meters high will have no less than 28 of these engines. Enough to offer enough lifting capacity to get out of the earth’s gravity.