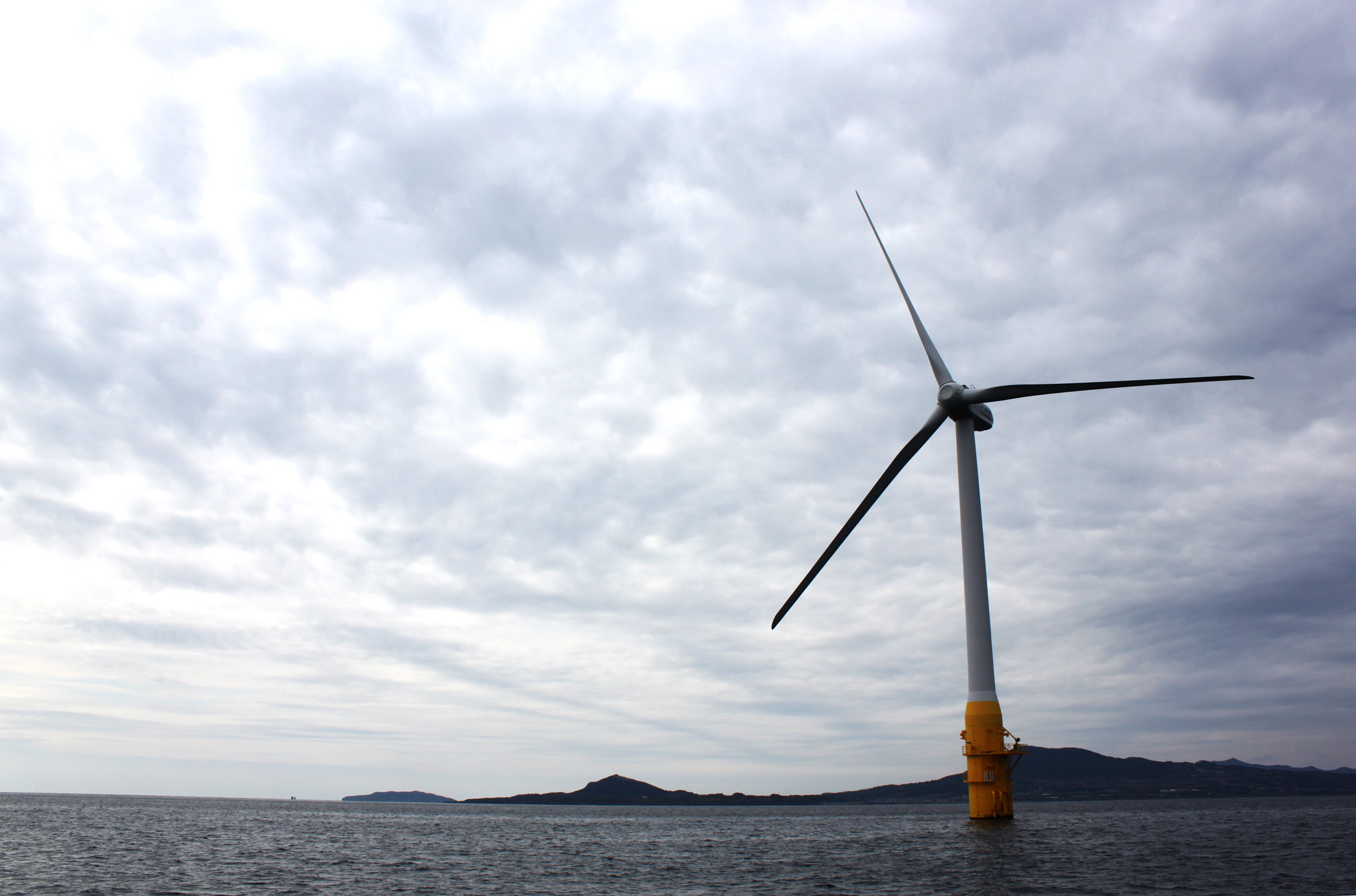 
South Korea plans to build the world’s largest offshore wind farm. With a capacity of 8.2 gigawatts, this huge project will allow the country to multiply its wind energy production tenfold by 2030.

At Dogger Bank in the UK, energy group SSE and its Norwegian partner Equinor are preparing to start construction of what will be the world’s largest offshore wind farm. This wind farm will be developed in three stages: Dogger Bank A, Dogger Bank B and Dogger Bank C, each of these phases offering an installed production capacity of up to 1.2 gigawatt (GW).

This park, as monstrous as it is, will not however keep its title of “largest offshore park” for very long. South Korea in fact unveiled on Friday a plan to 48.5 trillion won (36 billion euros) to build an even more powerful facility by 2030.

A capacity of 8.2 gigawatts

This project is one of the major components of President Moon Jae-in’s Green New Deal, launched last year in an attempt to make the peninsula carbon neutral by 2050. The installation will offer a maximum capacity of 8.2 gigawatts (GW), or the energy produced by six nuclear power plants. It is due to emerge off the coast of Sinan, a coastal town in the southwest of the country.

Many utility and engineering companies will provide around 98% of the funding for the project, while the rest will be taken care of by the government. The construction of this offshore wind farm should create up to 5,600 jobs.

Achieving carbon neutrality by 2050 will not be easy for South Korea. Let us recall that the country is the world’s fourth largest importer of coal and the third investor in coal projects abroad. In its 2050 strategy, the government maintains that it plans to phase out all of its power plants or convert them to run on liquefied natural gas (LNG).

As a reminder, LNG is a fossil fuel mainly composed of methane. Once extracted, the natural gas is cooled (around -160 degrees) in order to transform it into a transparent, odorless and non-toxic liquid. It can then be regasified in dedicated terminals.

This solution appears to be a cleaner source of energy than coal. However, its environmental impact is the subject of much controversy. While gas-fired power plants emit less CO2 than coal-fired power plants, gas remains a fossil fuel whose exploitation contributes to global warming.