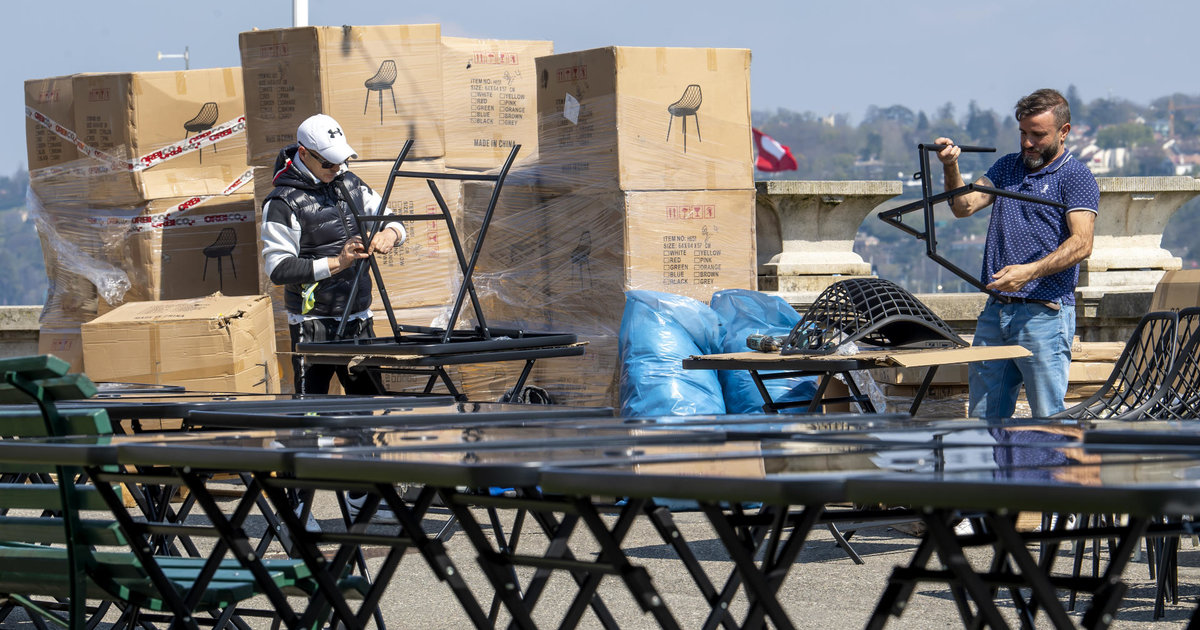 Thanks to this pandemic, a new public service was born. We even border on the new human right. On Wednesday, when the Federal Council spoke, a wave of relief, moved incredulity, almost euphoria, swept across the country. I mean of course the announcement of the opening of the terraces on April 19. We understood, hearing the reactions of restaurateurs and cafetiers, that the measure was aimed primarily at the public, just to relax the atmosphere and make the wait for the vaccine less painful. Who says public service says public funding. We are convinced that Confederation will rise to the challenge.

Speaking of terraces, one tiny episode left an indelible mark on me. I was in Paris with a friend and her mother from Prague, visiting. We crossed the Place de la Bastille on foot, zigzagging through the tables in the cafes. I’m talking about the distant 2000s or the very end of the 1990s. The basic concept of any self-respecting Parisian café is simple and unchanging: making the accessory the main thing. The terrace is the epicenter, the beating heart of the place. To the point that we almost forget that a counter with ultra-noisy percolators is crouching over there, far, far away, beyond the ocean of tables and chairs, lined up like at the show.

Read also: “Au café”, immersed in the history of the bistro

I think at one point, the idea of ​​sitting down for a drink came across my friend and me. And that’s when his mother said casually, “What are all these people doing?” They don’t have a job? ” A large seismic fault like the one in San Andreas, California, opened under my feet. I concentrated very hard on my Perrier-lemon to let the discomfort pass. And I did not answer anything, moreover she did not expect an answer.

But since then, I have rarely sat at a table on the terrace, especially the one that is long awaited because it is just in the proper shade, that is to say speckled with the sun, without it. respond mentally. I even line up the arguments, while I smile at the waitress I’ve known for years. And in front of my overturned (highly sentimental jewel of the art of Swiss coffee), I refine my pleading.

First of all, “having a coffee”, on the terrace or inside, we won’t quibble, there is nothing idle about. It is even quite the opposite. Writers have understood this since the dawn of time, and even before. How many novels, poems, philosophical dialogues, revolutionary pamphlets, of course, have been written in the hubbub of a bistroquet? Yes, ladies and gentlemen, I ask you, how much?

Decompression chamber, half-public, half-intimate, the café is a neutral zone where you can step sideways as you wish, even cat jumps. We are remaking the world there, it is not nothing. We are all writers of our own lives, say self-help authors (do they also write in cafes?) After a break on the terrace, the inspiration for the next chapter usually arrives as if by magic. This is why for months, we all have the impression of running out of fuel.