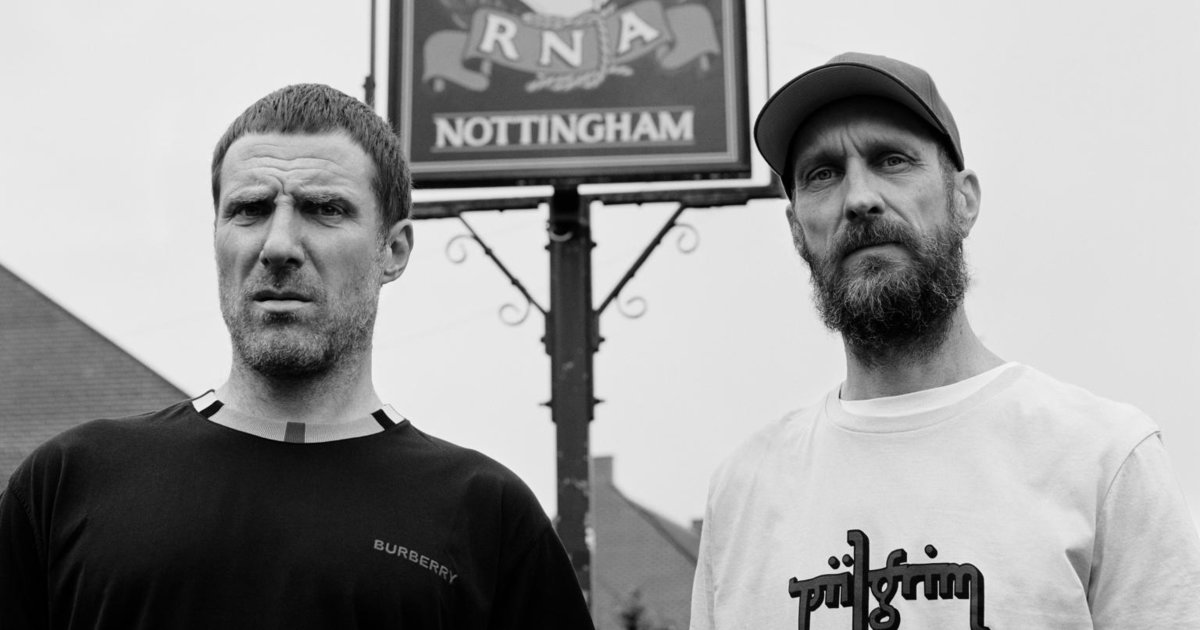 The UK is full of anger these days. Brexit is certainly there for a lot, to revive border problems in Ireland and the desire for independence in Scotland. Its political class is so grotesque that it brings them closer to the United States than to Europe. The people are tossed between rage and resignation, even if the demonstrations of ras-le-bol appear less spectacular than in France. Heaps of groups have followed one another for half a century to carry this exasperation. Today the Sleaford Mods, duo from Nottingham, are essential in the exercise.

They are certainly not the only ones across the Channel to get annoyed at the inventory. The southern part of London speaks very loudly too, but the Shames are thirty years younger than their elders – and as much in the relevance of their anathemas – and the Fat White Family remains far too turned on to unite a whole class around it. . And we will immediately scratch the aptly named Idles, sales at the top but simple marketing clowns without real civic awareness. On the Fugazi scale of desire for revolution, named after the American hardcore group that broke the standards of social and anti-capitalist revolt, the Sleaford Mods get a good 9.

They sweep wide, unsurprisingly. It is a question of hatred for his country, the loss of illusions and the cynicism that can result from it. If they have long reserved their resentment only to the Conservative Party, in a cultural fidelity now outdated, they no longer hesitate to put Labor in the same bag. They do not like the poseurs of the artistic world either and have revived the tradition of speak vulgarly on other groups, with always delightful exchanges. Idles, therefore, bombarded with bird names in interviews as on record, but also others more anecdotal such as London Grammar, who had the misfortune to claim publicly from Nottingham (“what a fucking horror, in addition they are not from Nottingham, they just came to study there, that’s really crap ”).

A freedom of speech which they always had as they wished, even when their poetry remained confidential. Because they took time to get a semblance of notoriety since their official debut in 2006. The singer Jason Williamson, initially alone on the track, regularly brushed against the caricature to spit fire-breathing way in front of his microphone. Andrew Fearn joined him in 2010 to take care of sound. He put away the average instrumentals that Williamson tinkered with year in and year out to allow him to focus all his energy on his diatribes.

Another key to a success that grows stronger over time: they have managed to escape Beats ultra-fast and outright barking, aware that the formula had to be changed to prevent each single from resembling the previous one. Spare ribs, their sixth album in the strict sense, will therefore hunt on more melodious and varied lands. With a little electro, too, and above all two guests who bring real added value. We will not speak here of feminine gentleness, since these are two enormous characters who have come to strengthen the bile of Jason Williamson: Billy Nomates, a local much more enraged in his solo productions, but who finds here a ground to pose more gently; and Australian punk Amy Taylor, a cross between Iggy Pop and Debbie Harry, a singer in front of whom we lower our eyes.

These two women carry the album’s two singles to the peak of what the Sleaford Mods have been able to compose for ten years (Mork n Mindy for the first, Nudge it for the second). A blessing for two men watched by weariness, claimed musicians, whose ears have recently switched to the southern hemisphere with the discovery of New Zealander Aldous Harding and Australian Alex Cameron. “We’re not just two angry men, we’re musicians above all else. We love pop, and I try to push my limits. I do not see why we could not manage to go even further in this direction ”, according to Jason Williamson in the English magazine The Quietus.

We don’t do more working class English than these two Englishmen, we do not always understand everything they bellow – sometimes even nothing – and yet: their success is international, especially in the French-speaking world where their concerts are always sold out. Why? Especially for reasons of feeling and authenticity. We feel that these guys don’t tell it to each other, that they don’t pretend. They are not trying to write a political manifesto, they just talk about the fed up with everyday life and its dead ends, in a form of energetic nihilism – it’s not a paradox with this funny binomial.

Authentic, they are also authentic in the way they tell their story and recognize their flaws. The fifties will strike Jason Williamson this year. He felt the need to say more about him, especially in a superb report published by the magazine Noisy and quiet. Her childhood in Grantham, a small town west of Nottingham, in marked poverty – birthdays at the local chip shop, used toys for more than one Christmas. His drug and alcohol problems, completely resolved for four years. His efforts, not always successful, he says, to fight against his misogynistic reflexes or certain overly simplistic worldviews. There are things that evaporate in this world, and others that do not move. We want to believe that Sleaford Mods will remain incorruptible for a long time.