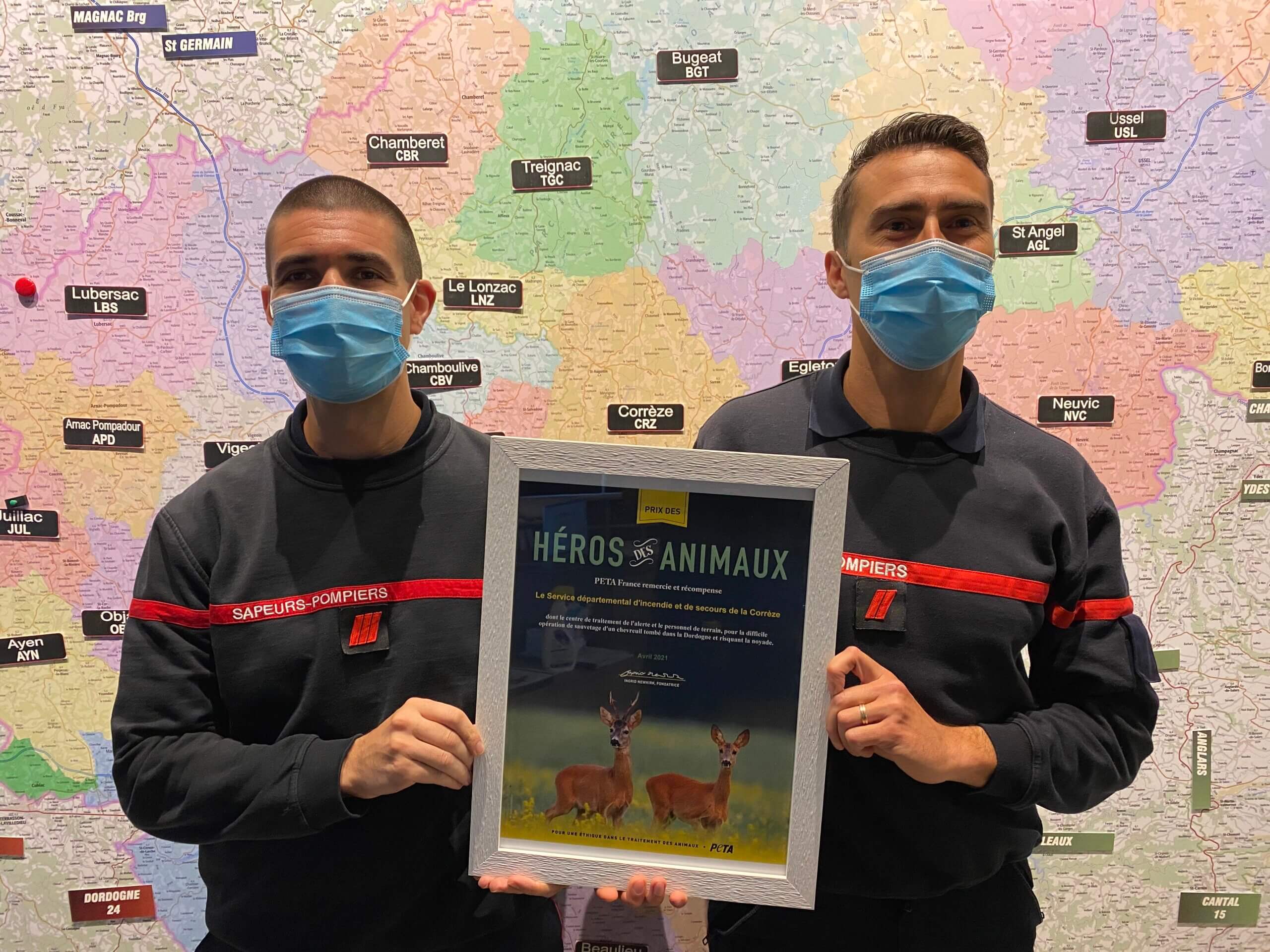 PETA awarded its “Heroes Prize for Animals” to the Departmental Fire and Rescue Service of Corrèze, in gratitude for the rescue of a deer that fell in the Dordogne. The latter was stuck in the water between large slippery stones and could not regain the shore on his own.

The animal, frightened and injured, was able to count on the rapid mobilization of the alert processing center, as well as on the SDIS19 firefighters assisted by their colleagues from the Groupement d ‘intervention en milieu perilleux (Grimp) called in. reinforcement. After three long hours of intervention, they were able to extricate the animal from the water using a net. The deer were examined by a veterinarian before they could be released into the wild.

A deer saved from the waters by firefighters at the Bort-les-Orgues damhttps://t.co/fHYwGK2i4n#Various facts # Corrèze pic.twitter.com/urD4Vu9xlD

In thanks for their courageous and compassionate act PETA sent a framed certificate and vegan chocolates to the service.

Let’s not look away from animal distress

Without the courage and skill of the firefighters who intervened, this deer could have died – alone, trapped in slippery rocks and the current, in great distress and suffering. This story could have ended very badly, but reminds us that there will always be good souls to come to the aid of individuals, animals or humans, in bad situation.

PETA hopes this admirable act will inspire everyone to see each animal as the lifelong individual that they are, and to come to the aid of animals in need.

However, you don’t have to risk your life to be an animal hero yourself! Join our Activist Network and we’ll share with you simple ways to make a difference every day for the animals in need.