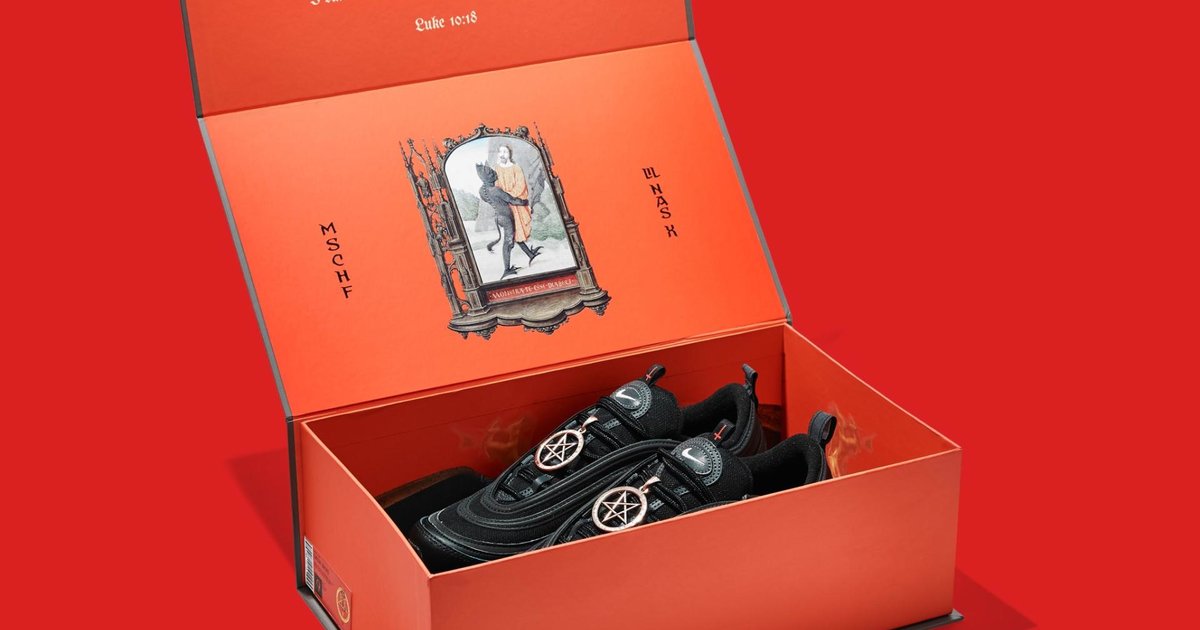 A limited series of sneakers with satanic references sparked a scandal in the United States and led to their designer being sued by the equipment manufacturer Nike.

The “Satan Shoes” were put on sale by the MSCHF company, which specializes in limited series products, put on sale online on a given date. They were produced in partnership with the American rapper Lil Nas X, made famous by his hit Old town road, whose remix flew over the spring and summer of 2019.

The model is initially an Air Max 97 sneaker made by Nike, to which have been added some distinctive signs reminiscent of the devil, in particular a pentagram (inverted five-pointed star), sometimes considered a satanic symbol. A drop of blood was also injected into the sole, according to MSCHF.

A suspension of the requested delivery, as well as damages

As of Monday, the day of the sale of this model to 666 copies, a number also associated with the devil, Nike sued the small company in a federal civil court in Brooklyn.

“The” Satan Shoes “were produced without the agreement of Nike or its authorization,” said the equipment manufacturer in a statement sent to Agence France-Presse (AFP) by a spokesperson. “Nike is in no way associated with this project.”

The supplier is asking for the suspension of delivery of the pairs of shoes, which were all sold on Monday, at $ 1,018 per pair (around 864 euros). He also claims damages, without quantifying them. Nike points out that the model is confusing and that calls for a boycott of the supplier have already been made.

Sneakers that cause scandal

More generally, sneakers caused a scandal, with Internet users denouncing a sign of decadence. “We are in a fight to save the soul of our nation,” Republican South Dakota Governor Kristi Noem tweeted on Sunday of the shoes. “We have to fight hard, (…) intelligently. We have to win. ”

We tell our children that this type of product is not only correct, but “exclusive”. But do you know what is more exclusive? Their eternal soul given by God.

On Sunday, Lil Nas X posted a video on YouTube that starts off as a message of apology before moving on to his latest clip, Montero, released on Friday, in which he performs a lascivious dance on the devil’s thighs.