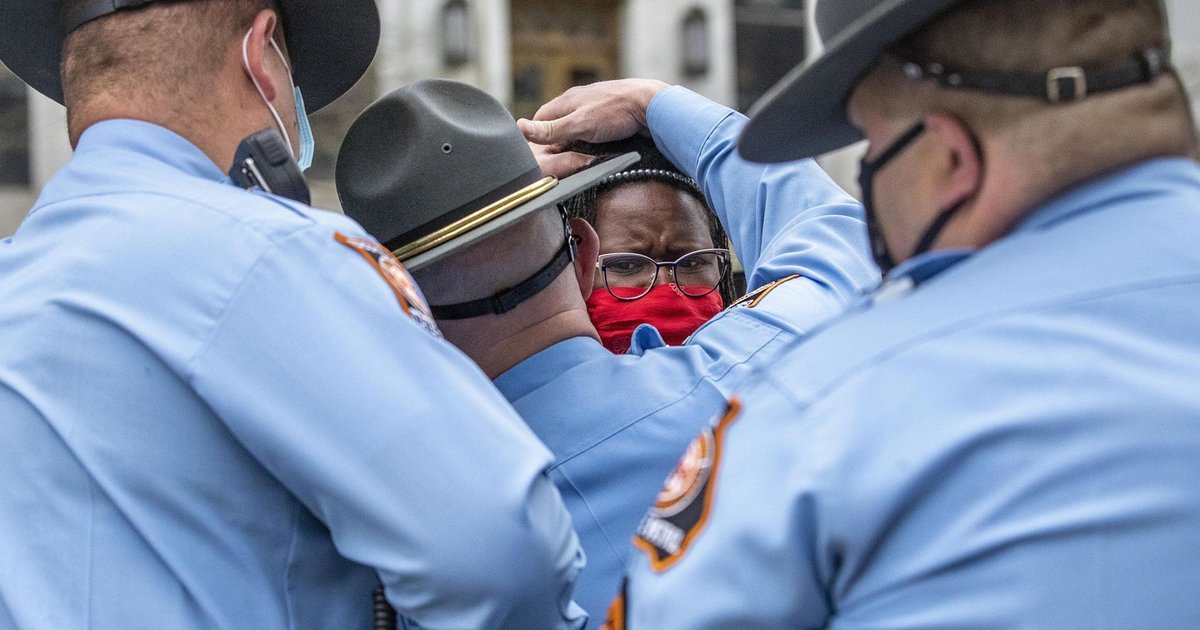 Now in Georgia, handing a bottle of water to a voter who waits in a line for several hours to vote will be illegal. This is the consequence of a new legislation which entered into force in this southern state. A republican project officially supposed to guarantee “safer” elections, but which in fact, by limiting in particular the possibilities of postal and early voting, restricts access to the polls, and especially affects the African-American population, more disadvantaged . Since its promulgation, it has triggered outrageous reactions in the Democratic camp.

Georgia was already at the center of attention with the historic election of two Democratic senators in January. Above all, for the first time in nearly 30 years, the state voted in favor of a Democratic president. But Donald Trump has continued to deny his defeat, speaking of “massive electoral fraud”, without ever providing the slightest proof. The new legislation proposed by the Republicans of Georgia fits clearly in this context. In total, nearly 250 similar bills initiated by Republicans have emerged in 43 states.

With its new law, Georgia restricts the use of postal voting, tightening the criteria for using it. Early voting is also limited, with, in particular, a return to restrictive schedules, which will prevent workers from going to vote outside their working hours, and the scarcity of letterboxes provided for this purpose. Finally, polling stations are completely abolished, especially in black neighborhoods. The new law also prohibits giving food and drink to voters. However, in November, some had sometimes had to wait more than five hours before being able to cast their vote in the ballot box. While African Americans already tend to vote less, these new disincentives do little to encourage them to exercise their right to vote.

For Democratic President Joe Biden, the goal is clearly to “deprive countless voters of their right to vote” and to discriminate against minorities. In a statement released on Friday, he denounced a “flagrant attack on the Constitution”. “It’s Jim Crow in the 21st century. It must stop. We have a moral and constitutional obligation to act. I once again call on Congress to pass the laws For the people and the John Lewis Advancement of Voting Rights Act in order to facilitate access to the ballot boxes for all eligible Americans and to prevent attacks on the sacred right to vote, ”he said. The day before, during his very first press conference, he had not mince words. He called these attempts “un-American”, “pernicious” and “despicable”. The powerful ACLU (Association for the Defense of Civil Rights) also claims that the law “undermines democracy and the political power of black voters.”

Governor Brian Kemp, on the contrary, believes that the modification of the electoral laws will allow the next elections to be more “secure, fair and accessible”. Donald Trump, from his private club in Mar-a-Lago, Florida, did not fail to congratulate Georgia. “They have learned the lessons of this presidential election masquerade of 2020. Too bad these changes did not come sooner!”, He wrote in a press release.

In the midst of the pandemic, several states have relaxed their conditions for advance voting or by mail. Republicans now want not only a step backwards, but also a tightening of the screws. They do not forget that Joe Biden was able to impose himself in Georgia thanks to a strong mobilization of the African-American community. And that postal voting traditionally benefits Democrats instead.

In a sign of tensions and mounting anger, an elected black Democrat, Park Cannon, was arrested as she pounded on the governor’s door when he signed the document on Thursday afternoon. Her colleague Erica Thomas, who was also looking to enter Brian Kemp’s office, blurted out earlier: “Our ancestors are watching our Parliament right now, praying and hoping that our fight, and their fight, have not been in vain. We appeal to the strength of MP John Lewis (elected to the House of Representatives and civil rights figure who died last year, editor’s note). Because right now, history is watching us. ”