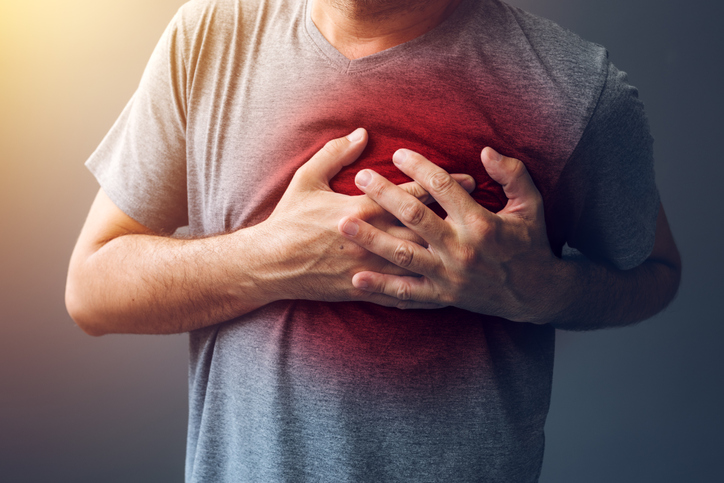 Also known as broken heart syndrome, Takotsubo syndrome usually occurs after emotional or physical shock. It is characterized by abnormalities of contraction of the left ventricle which can leave stigmata. Australian researchers recently described their work aimed at alleviating these heart injuries.

First described in 1990 by a Japanese doctor, Takotsubo syndrome is still little studied. And yet, this “broken heart syndrome” lives up to its name. In two thirds of cases, heart disease appears after an emotional or physical shock.

“This stress cardiomyopathy can appear after intense physical or psychological stress, most often in a woman over the age of fifty. It results in signs suggestive of an acute myocardial infarction. It is transient, but exposes a significant risk of complications (secondary serious cardiovascular disease) and recurrence“, Could we read in a consensus of experts published in 2018.

For a long time, experts considered Takotsubo syndrome to be mild. Indeed, the symptoms often resolve on their own after a few days or even a few weeks. In contrast, some patients have experienced serious and in some cases fatal complications. Today, some researchers continue to try to define the factors favoring or aggravating this disease for which there is still no no treatment.

Nevertheless, a publication in the journal Signal transduction and targeted therapy April 20, 2021 gives a little hope. Researchers from the University of Monash (Australia) believe they have found a treatment path to alleviate the cardiac dysfunctions characterizing Takotsubo syndrome. Scientists have manipulated a specific molecule: suberanilohydroxamic acid (or Saha). It is marketed under the name Zolinza, prescribed for cutaneous T-cell lymphoma and therefore has anti-cancer properties. The researchers tested the drug in mice injected with isoprenaline to mimic Takotsubo syndrome. Remember that isoprenaline is an inotropic substance forcing the heart to contract. The researchers therefore observed the abnormalities of the left ventricle, as well as collagen deposits witnesses of fibrosis, two characteristic symptoms of Takotsubo syndrome.

The researchers injected suberanilohydroxamic acid into the peritoneum, the membrane enveloping the abdominal cavity. According to the results, the collagen deposits became less important. In other words, the injuries caused by isoprenaline are less serious. Scientists explained that the substance worked directly on the expression of certain genes, including those that activate to protect the heart after stress. This preliminary work must obviously continue. However, researchers consider this to be a very serious avenue in the treatment of Takotsubo syndrome.