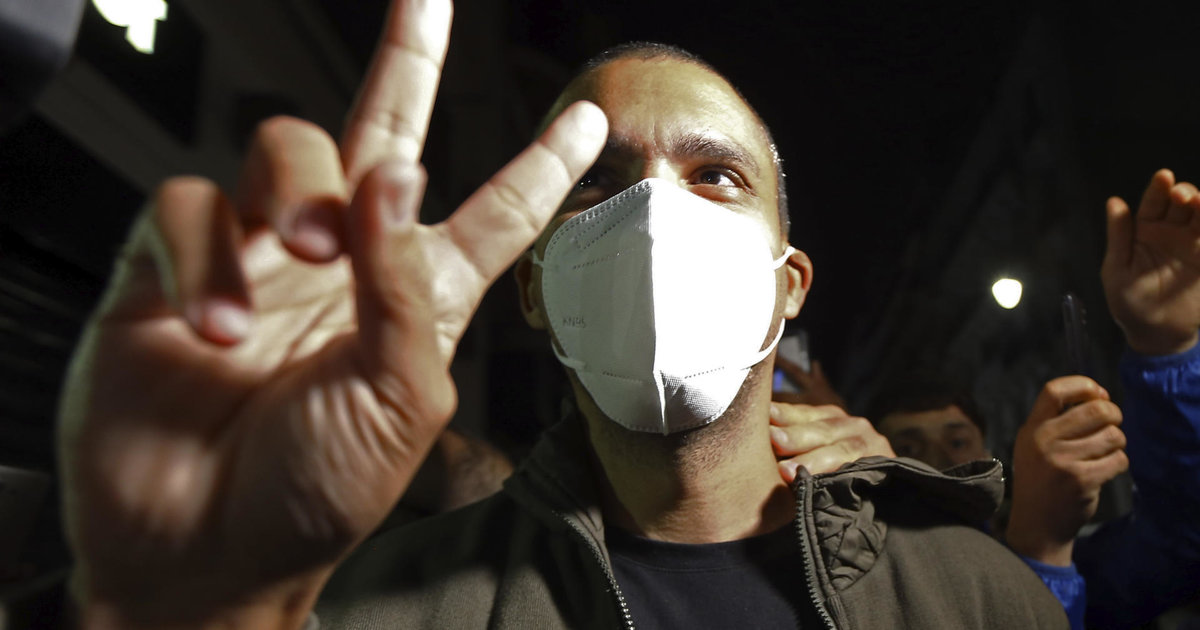 Khaled Drareni is free. Become the symbol of the fight for freedom of the press in Algeria, the journalist was released from prison on Friday evening. He was sentenced to two years in prison last September for “inciting unarmed assembly” and “undermining national unity”.

Obtained by a presidential pardon, his release comes three days before the second anniversary of the popular uprising of the Hirak. More than 30 prisoners of conscience in Algeria were also able to get out of prison. According to the press release from the Ministry of Justice, procedures are still underway “for the rest” without the names of the people concerned being specified.

“I thank all those who supported me and who supported the prisoners of conscience because your support is essential for all of us and it is the proof of our innocence”, reacted the journalist after his release, in a video relayed on Twitter. He appeared on social media images carried by a crowd of supporters.

“In the right direction”

Correspondent in Algeria for the TV5 Monde channel and Reporters Without Borders (RSF), Khaled Drareni had covered the popular protest movement of Hirak, before the suspension of the demonstrations because of the Covid-19 pandemic.

According to one of his lawyers, it is a measure of provisional release. The journalist is awaiting a Supreme Court decision on February 25 on his cassation appeal.

To read: Khaled Drareni, behind bars in the shadow of the pandemic

RSF believes that the release of the Algerian journalist is going “in the right direction” after “steps back”. “The freedom of the press is a condition for a positive transformation of Algeria”, wrote its secretary general Christophe Deloire on Twitter.

Among the released detainees is also the opponent Rachid Nekkaz, according to the National Committee for the Liberation of Detainees (CNLD). His entourage had let it be known that he had started a hunger strike to protest his prolonged detention without trial.

In a speech to the nation on Thursday, President Abdelmadjid Tebboune announced his intention to pardon around fifty people. According to the CNLD, before these releases, some 70 people were in prison in connection with the Hirak or actions intended to preserve individual freedoms.

The day after his election in December 2019, the new head of state had already granted a pardon to 76 detainees, including figures from Hirak, this movement which forced the former strongman Abdelaziz Bouteflika to leave power.

Suspended since last March, the protests resumed before the anniversary date. On Tuesday, thousands of Algerians demanded the fall of the regime and the release of prisoners of conscience, in Kherrata, a city considered to be the cradle of the uprising.

Calls to protest Monday across the country are circulating on social networks. Police forces and riot vehicles were deployed in large numbers on Friday in central Algiers.

“Apart from the release of the detainees, Abdelmadjid Tebboune still maintains his roadmap and his agenda to go to the legislative elections to complete the Hirak,” lamented Saïd Salhi, vice-president of the Algerian League for the Defense of Human Rights. man.

The Algerian president has promised to dissolve the National Assembly and to organize early legislative elections by the end of the year. A cabinet reshuffle should also take place “within 48 hours at most”, he said.

Read also: Mystery and rumors about the health of the Algerian president, suffering from Covid-19