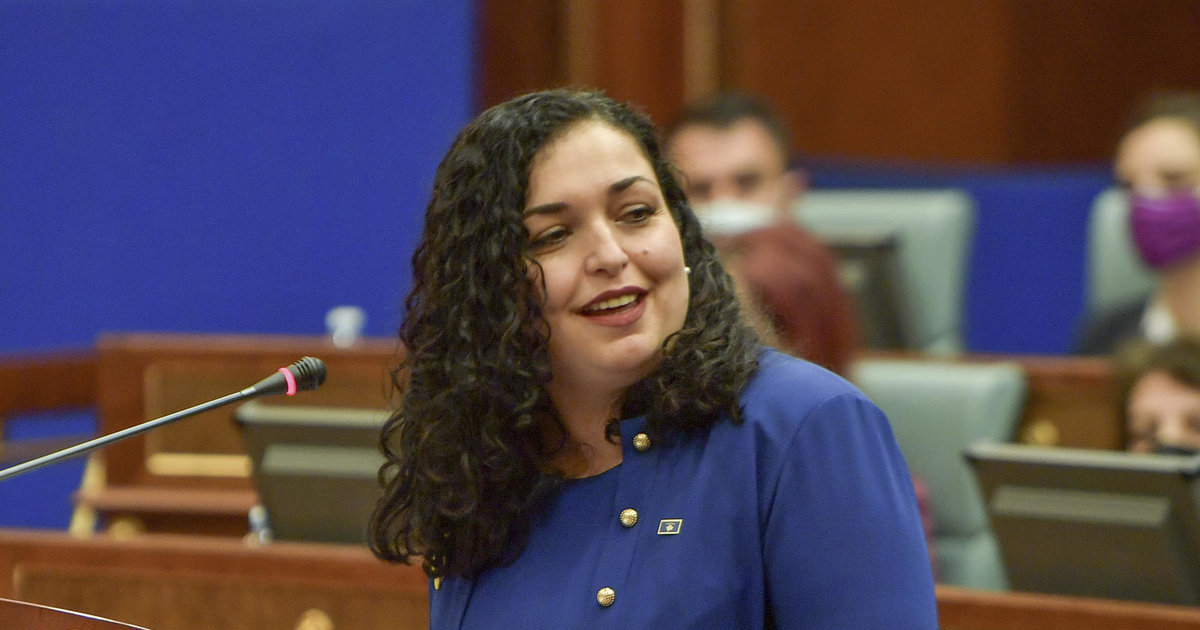 Vjosa Osmani, the most popular political figure in Kosovo, was elected president on Sunday 4 April by the deputies. This election marks the arrival at the helm of a political class of a new generation determined to put an end to corruption.

The February legislative elections had ended the fall of the old guard of the independence commanders of the war against the Serbian forces at the end of the 1990s.

The reformist movement of the left Vetëvendosje (VV) of the new Prime Minister Albin Kurti allied to Vjosa Osmani, obtained an overwhelming victory by promising to eradicate the capture of state resources in the territory plagued by poverty and political instability .

Two weeks after the inauguration of Albin Kurti’s government, Vjosa Osmani won a simple majority in Parliament of 71 votes out of 120 deputies in the third ballot. A victory remained uncertain until the last moment due to the boycott of the parliamentary session by opposition parties, in particular the formations of former guerrillas and by representatives of the Serbian minority.

“Strengthening the rule of law”

“I promise to strengthen the State, the rule of law”, she said, taking the oath, pledging to be “the president of all”. “There aren’t that many of us who are divided. My door will be open to all ”.

This election confirms the rise of women on the political scene of the former province of Belgrade which declared its independence in 2008. The government has six women ministers out of 15, a level never reached in a territory where patriarchal ideas are prevalent. deeply rooted. Out of 120 deputies, a third are women.

“Women have the right to be where they want to be,” said Vjosa Osmani, struggling to hold back tears. “Don’t stop, don’t stop moving forward. All your dreams can come true, ”she said.

The new team will have a lot to do in a Kosovo undermined by economic and social ills, where the average salary is 500 euros and where young people, faced with an unemployment rate of 50%, are massively seeking their salvation in emigration in Switzerland or Germany.

Albin Kurti and Vjosa Osmani have promised “justice and jobs” but also to step up efforts to obtain vaccines against the coronavirus pandemic which has claimed more than 1,900 lives and is overwhelming fragile health services.

The law professor had already held the interim presidency for a few months replacing Hashim Thaçi, indicted for war crimes in November by international justice.

Meeting initially on Saturday, Parliament had to suspend operations, the quorum of 80 deputies necessary to validate the election of the president not having been met. Under the Constitution, a lack of quorum would have caused new legislative elections, the sixth since independence.

The new power will be subject to renewed pressure from the European Union and the United States, Kosovo’s greatest ally, to relaunch dialogue with Serbia. Talks are slipping as Belgrade has still not recognized its former province, which is a major source of tension in the Balkans.

Read also: Between Kosovo and Serbia, the specter of an exchange of territories