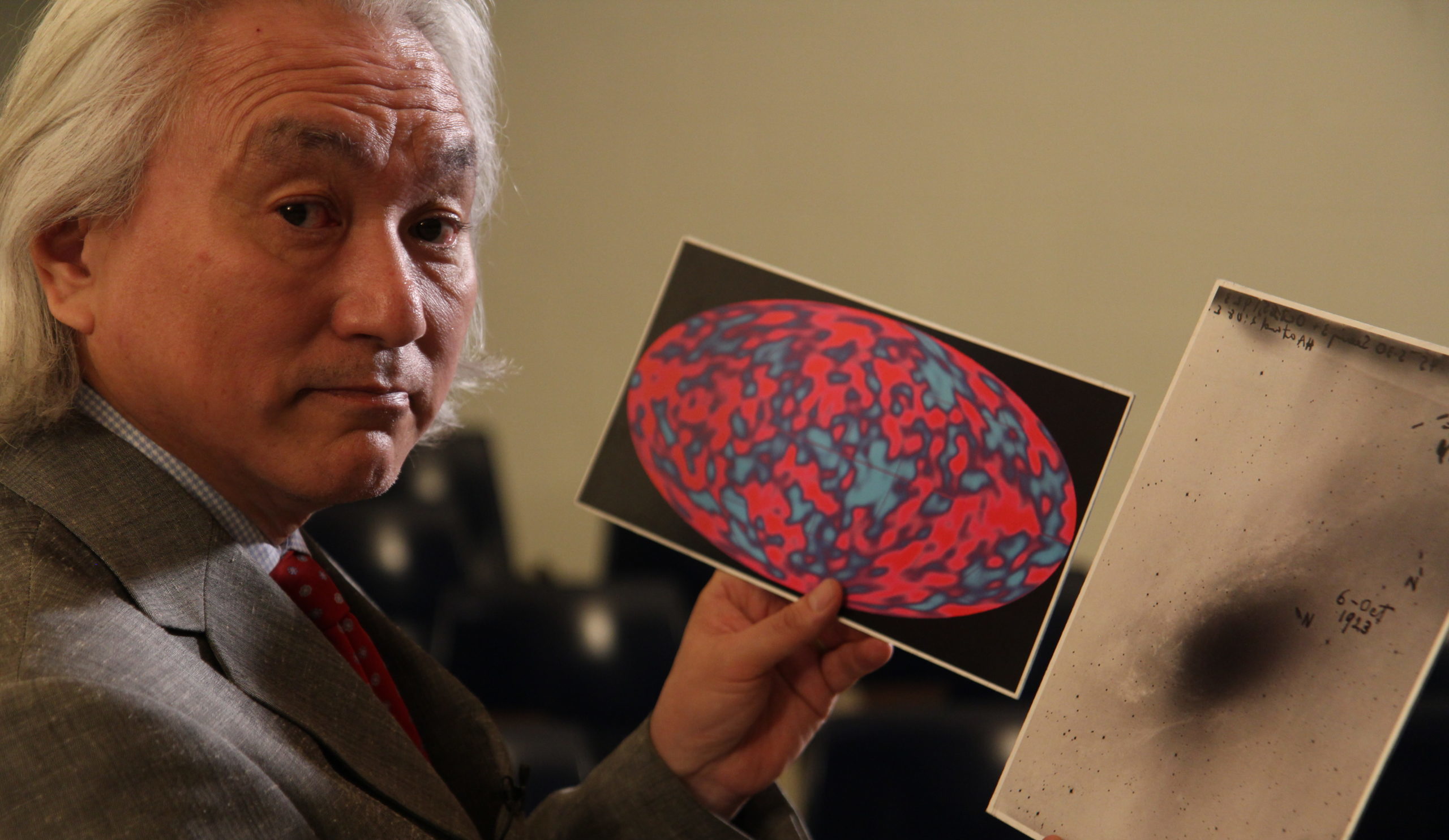 
Are we alone in the galaxy? In recent decades, some have attempted to answer this question by signaling our presence to possible extraterrestrials. But not everyone sees this “outstretched hand” very favorably. What if our search for alien civilizations turns sour?

Michio Kaku is professor of theoretical physics at City College of New York. A great supporter of string theory, he is also known for his talents as a popularizer allowing a better understanding of the sometimes very complicated world of physics. You’ve probably seen him in documentaries or maybe read some of his books.

This researcher recently spoke with The Guardian to talk about his work. During this interview, the theorist also spoke about a possible encounter with extraterrestrials.

Michio Kaku believes that our chances of contact are high, referring in particular to the highly anticipated launch of the James Webb Telescope (JWST), still scheduled for October 31, which will allow much more detailed observations of exoplanets. On the other hand, perhaps we should abstain. “Some of my colleagues think we should contact them“, Notes the researcher. “Personally I think this is a terrible idea“.

Our quest for extraterrestrial contact began in the 1960s with astronomer Frank Drake. At the time, the researcher relied on the National Radio Astronomical Observatory in Green Bank, Virginia, to point the antennas at stars Tau Ceti and Epsilon Eridani, which seemed to be good candidates for hosting habitable worlds. Over 150 hours of sightings and four months later his quest had failed.

Despite everything, it was this first experience that led to the foundation of the SETI Institute (Search for Extra Terrestrial Intelligence). The SETI method is based on the idea that life not only developed on another planet, but evolved in the same way as life on Earth. Andrew Siemion, director of the Berkeley SETI Research Center and principal investigator for the Breakthrough Listen project, has been listening to the cosmos for direct emissions from possible extraterrestrial technology since 2012.

Created in 2015 in San Francisco (United States) and financed by private funds, the METI Institute (Messaging Extra Terrestrial Intelligence) offers another approach. Some messages have been sent to space over the past decades. Let us quote the Pioneer plaque, the Message from Arecibo or the gold record Voyager probes. METI thus presents itself as the very first organization dedicated to the development and sending of messages to hypothetical extraterrestrials.

So, while SETI listens to the Universe for possible extraterrestrial signals, METI focuses on a more active approach: sending out messages in the hope of eliciting responses. “Imagine if all civilizations just listened without transmitting any signal… It would be an incredibly calm universe“, Underlines Douglas Vakoch, the President of the institute.

However, not everyone agrees with the idea of ​​transmitting our own signals into the universe.

“Personally I think the aliens would be friendly, but we can’t bet on it“, Continues Michio Kaku in his interview. “So I think if we were to make contact then we should do it very carefully“. Recall that before his death, astrophysicist Stephen Hawking had also warned humanity against making our presence known.

Even within the SETI, some believe that the METI assumes a huge responsibility. “The ethical problem is that they take a great risk on behalf of all mankind without asking for any permission.“, Explains astronomer John Gertz, former chairman of the board of directors of the Institute, to Reverse.

Andrew Siemion adds that another technologically advanced civilization would not necessarily be altruistic. “There are probably evil civilizations elsewhere in the universe“, Explains the researcher. “This is an idea we should consider as we continue to explore the cosmos.“.

For Douglas Vakochn, any civilization that has the potential to harm Earth already knows we are here. So while we do, we might as well strike up a friendly conversation in the hopes of getting on their side. “What people forget is it’s too late to hide“, Explains the President of METI. “If they’re on their way, then it would be to our advantage to prove to them that we would make better conversation partners, rather than a good lunch.“.