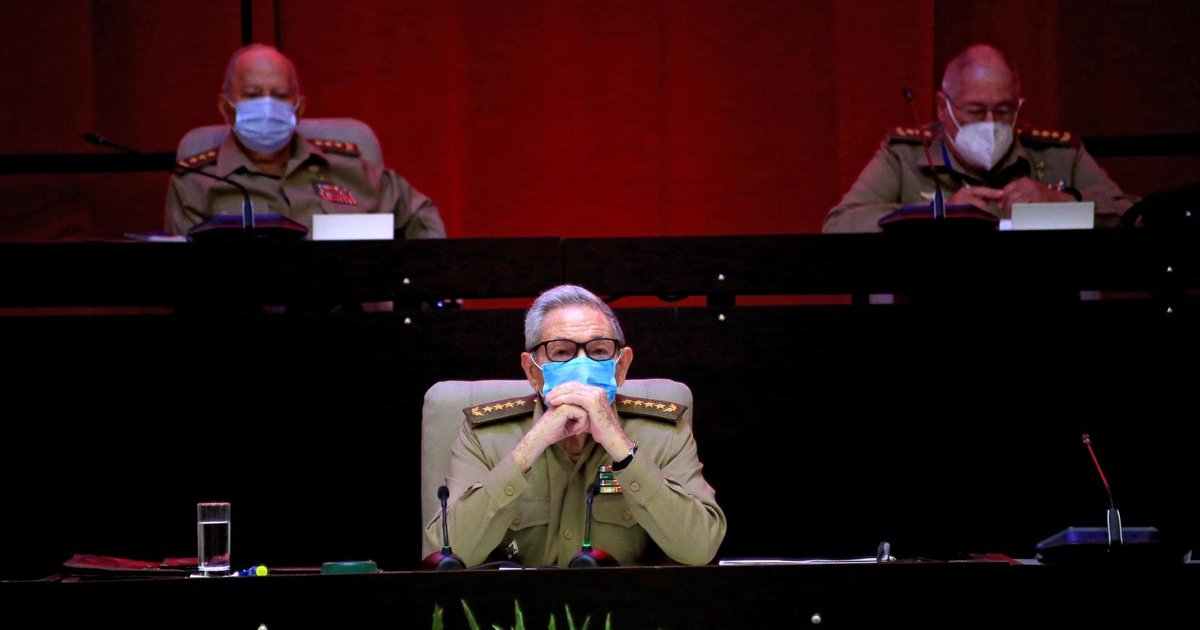 “Dreaming and continuing a country: today begins our 8th CPC Congress,” tweeted President Miguel Diaz-Canel, called to take the reins of the party by Monday. It is “the congress of continuity,” he added, stressing that the guidelines of power in Cuba, one of the last five communist countries in the world, would not change.

Raul Castro called Friday for a “respectful dialogue” between Cuba and the United States, but without “renouncing socialism”, denouncing the “economic war” waged against the island. “I confirm, at this party congress, the will to establish a respectful dialogue, a new form of relations with the United States without claiming that, to achieve this, Cuba renounces the principles of revolution and socialism”, a- he declared.

Relations between Cuba and the United States, after a historic but ephemeral relaxation between 2014 and 2016, were again strained under the administration of Donald Trump, which severely reinforced the embargo in force since 1962. “The objective of these measures is to strengthen the economic seat “of Cuba,” with the declared aim of strangling the country and causing a social explosion “, denounced Raul Castro, denouncing this” economic war “, according to images broadcast on television. of state.

Dressed in a military uniform, Raul Castro received a standing ovation on his arrival at the congress, after which he must cede, on Monday, the post of first secretary of the party to President Miguel Diaz-Canel, a 60-year-old civilian.

“As far as I am concerned, my task as first secretary of the central committee of the Communist Party of Cuba is coming to an end, with the satisfaction of having fulfilled my role and with confidence in the future of the motherland,” he said. indicated, assuring that he “continue (a) to militate as a simple revolutionary fighter ready to make his contribution until the end of my life”. “Let no one doubt it: as long as I live, I will be ready, with my foot on the stirrup, to defend the homeland, the revolution and socialism”, he hammered, to the applause of some 300 party delegates who came from all the provinces of the country and gathered in Havana for the occasion.

After Fidel’s death in 2016, the retirement of Raul, 89, however, turns a historical page for the island and its inhabitants, almost all of whom have never known any other ruling family than that of the famous revolutionaries.

The meeting, with closed doors, opens 60 years to the day after the proclamation by Fidel Castro of the socialist character of the revolution. Unlike previous editions, no image was shown on television on Friday morning. According to the official Cubadebate website, after a tribute to Fidel, his brother Raul presented the delegates with the central report of the congress. The appointment of Mr. Diaz-Canel as the new first secretary, the most important post in Cuba, is expected to take place on the last day, Monday.

“Cuba in Congress!” Exclaims Granma, the party’s official newspaper, on Friday, with a photo of Fidel Castro brandishing a rifle. Promising “four intense days of debate and search for solutions”, the daily also evokes “the natural process of transit from one generation to another”. The Communist Parties of China, Vietnam, Laos and North Korea have sent congratulatory messages to Cuba, according to Granma.

In the streets of Havana, deserted from tourists due to the pandemic, Cubans seem especially concerned about food shortages, queues in front of shops and the dizzying inflation caused by the recent unification of the two local currencies. “I hope that with the congress it will improve because the prices are very high, the salaries have increased […] but that’s not enough, ”laments Maria Martinez, a 68-year-old pensioner.

“The end of a dynasty”

For Norman McKay, analyst for The Economist Intelligence Unit, “the departure of (Raul) Castro is a milestone, not only because it marks the end of a dynasty that lasted more than 50 years, but also because it is intervening in a period of major economic difficulties and upheavals ”. “This does not necessarily mean that there will be a sudden change in the style of the Communist Party”, but “the internet should facilitate demands for transparency and freedoms, giving rise to challenges for the government that the Communist Party will have to face.” hard to ignore ”.

In recent months, Cuba has experienced unprecedented social unrest, spurred on by the recent arrival of the mobile internet, with demonstrations by artists, protests by dissidents and mobilizations from other sectors of civil society such as the animal advocates.