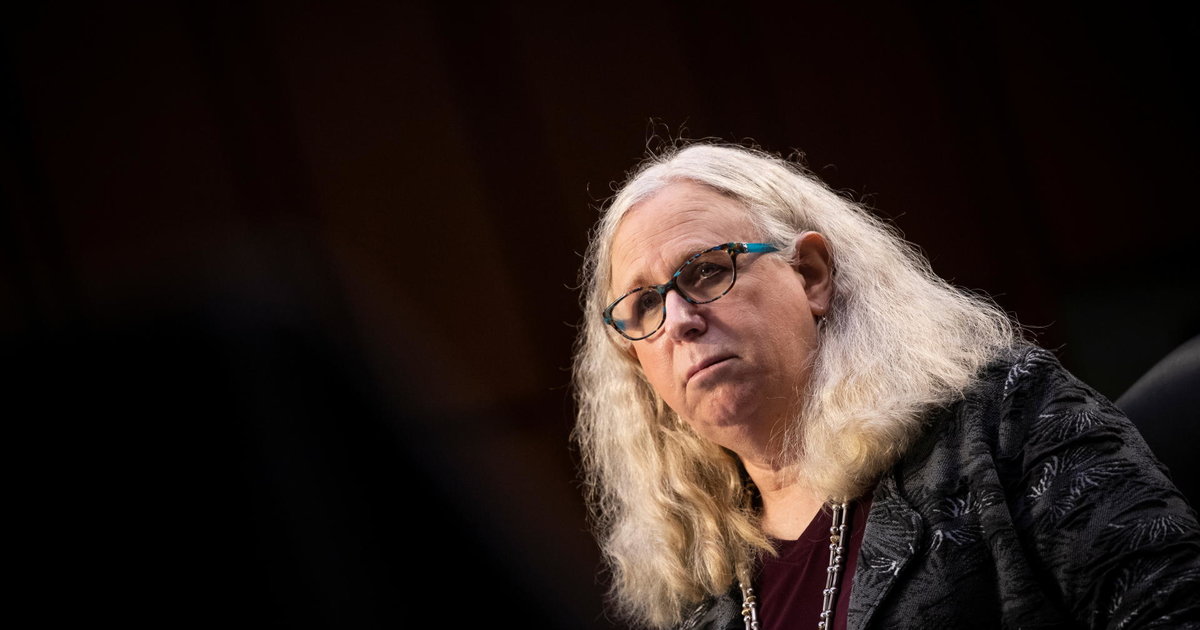 Rachel Levine is a university professor of pediatrics and psychiatry and, until January, was the director of health for the state of Pennsylvania. She can now add a line to her CV: Deputy Minister of Health in the Biden administration. With the Senate which confirmed, Wednesday evening, the choice of Joe Biden, it becomes especially, at 63 years old, the first transgender person to occupy a function of this importance within an American administration. A “historic” first which the Democratic President is delighted with. And immediately greeted by LGBTQIA + associations.

“Breaking down the barriers of ignorance”

A Harvard graduate, Rachel Levine is a specialist in the opioid crisis, the medical use of cannabis, and an expert in eating disorders in particular. In addition to her skills and while she was in her state at the front in the fight against the coronavirus pandemic, her transidentity is put forward, both by herself, and by Joe Biden. “Rachel Levine will bring the leadership and crucial expertise we need to guide people through this pandemic, regardless of their origin, race, religion, sexual orientation, gender identity or disability,” he noted. in a statement at the time of her appointment, insisting that she would become “the first openly transgender federal official to be confirmed by the US Senate.”

Read also: Transgender people will be able to serve in the U.S. military again

It is now done, by a narrow majority. Only two Republican senators – Lisa Murkowski (Alaska) and Susan Collins (Maine) – approved his nomination, voting alongside the 50 Democrats. While Donald Trump had validated several discriminatory decisions against transgender people, Joe Biden on the contrary mentioned them in his swearing-in speech. With Kamala Harris, first woman vice-president of the United States, he is keen to constitute an administration more sensitive to minorities, to “represent America”. Deb Haaland, for example, became the first Native American to hold the rank of minister, Lloyd Austin, the first African-American to be minister of defense and he also named Pete Buttigieg, married to a man, and former presidential candidate, at the head of a Department, in this case that of Transport. Rachel Levine is also the assistant to Xavier Becerra, the first Hispanic to hold the post of Minister of Health.

Born Richard, she has two children and divorced in 2013. In a portrait that the Washington post dedicated to her in 2016, she notes that her transition has been slow. She began seeing a therapist in 2000 and did not publicly announce her transition until 2011. On Wednesday evening, after her appointment, she pledged to “promote policies that advance the health and well-being of all. Americans ”. And to fight for transgender youth.

During her Senate hearings, she suffered attacks. Notably from Republican Rand Paul of Kentucky, who compared sex reassignment surgery to “genital mutilation,” and worried whether she was in favor of such procedures for minors. She responded with calm and nuance. And was applauded.

Read more: Joe Biden surrounds himself with women to break with the omnipresence of the white male

“As transgender Americans suffer from abuse, homelessness and depression at higher rates than almost any other group, it is important to have national figures like Dr. Levine who, from being in the limelight will help break down the barriers of ignorance and fear, ”insisted Chuck Schumer, the Democratic majority leader in the Senate.