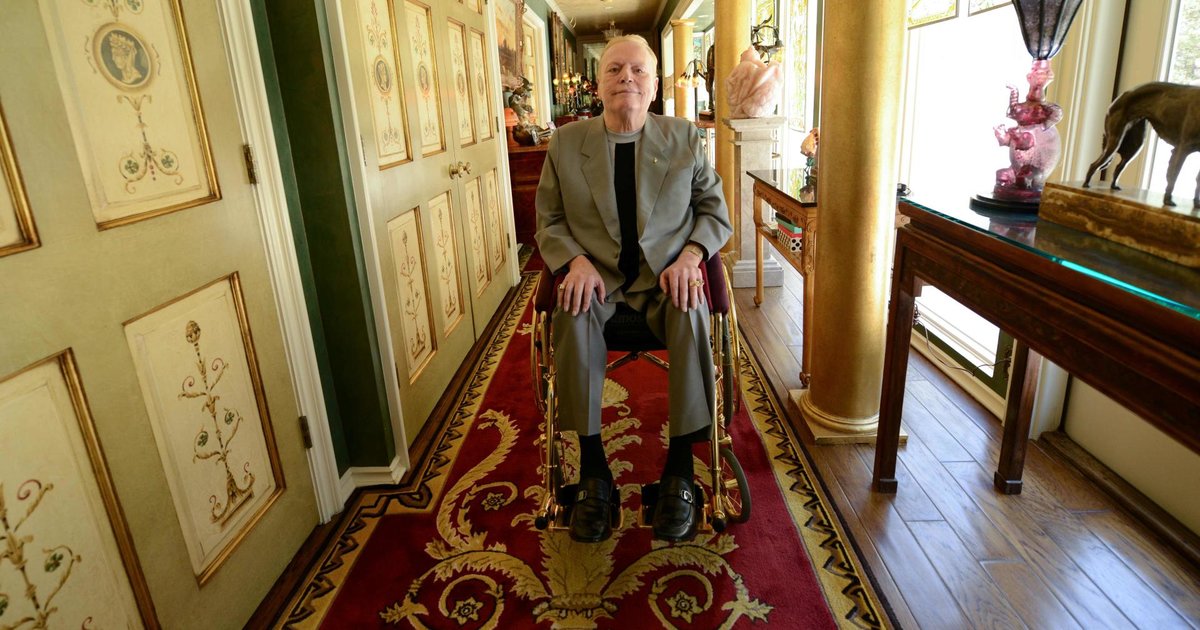 Larry Flynt died “as a result of a sudden illness,” the text says, without further details. According to American media citing his family, the businessman died of cardiac arrest.

Flynt launched in 1974 his pornographic magazine Hustler, competitor of Playboy and Penthouse which he considered “old-fashioned”, with very explicit photos and a deliberately scandalous tone. He then developed his empire with other publications, clubs and sex shops, studios specializing in X movies and websites. In 2000, the businessman even opened a Hustler Casino in the Los Angeles suburbs, where he had been established for a long time.

Read also: Larry Flynt on a crusade against the hypocrites

Victim of an assassination attempt

In October 2017, the old man with a lift, nailed to a gold-plated wheelchair since an assassination attempt in 1978, had allowed himself a final blow of glory by offering, on a full page in the Washington post, $ 10 million to which would provide him with any information leading to the impeachment of Donald Trump. It was his “patriotic duty”, said this accustomed to polemics and trials who had built his reputation and his fortune on provocation.

The man was used to the method: to support President Clinton entangled in the Lewinsky affair in 1998, he had obtained the heads of several elected officials compromised in sex scandals revealed in his magazine.

His taste for provocation almost cost him his life: on March 6, 1978, near a court where he was prosecuted for the umpteenth time for “obscenity”, an extremist close to the Ku Klux Klan opened fire on him, leaving him paraplegic. The shooter, a racist serial killer who was not arrested until 1980 for other crimes and was never questioned for the attack, had not appreciated photos published by Hustler featuring partners of different colors .

Larry Flynt’s health from then on continued to deteriorate, making him dependent on painkillers and drugs.

A magazine that breaks all taboos

Born in 1942 in a poor Kentucky village, Larry Flynt enlisted in the military at age 15 with a forged birth certificate. He was demobilized shortly after and became the king of the combination. He smuggles alcohol, plays poker. With a few dollars aside, in 1965 he opened a first bar, then a second and a third. These “Hustler Clubs”, shabby boxes where hostesses serve customers completely naked, are becoming an institution in Ohio.

The archive of January 13, 1999: When Larry Flynt prides himself on doing journalism, the press laughs yellow

He publishes a cabbage leaf, Hustler Magazine (in French, at the same time: hustler, upstart, crook, prostitute), which throws to the nettles the civilized codes of the charming photo: the models expose their genitals there.

He won his first million by publishing in 1975 stolen photos of Jackie Onassis naked on a Greek island. Hustler takes off and soon sells 3 million copies. The magazine censored in France until 2011 breaks all taboos with hooks like “George Bush has AIDS”.

The enemy of leagues for virtue and feminists

Father of five children and married five times, Larry Flynt leads a quirky life: “the king of the rednecks” multiplies the excesses, frequents radical figures of the counter-culture. In 1977, an astonishing conversion to evangelical Christianity, under the influence of President Jimmy Carter’s sister, gave him the ephemeral desire to transform Hustler in Christian magazine.

Over the years, the leagues for virtue and feminists took him to court. Larry Flynt is jubilant! He pleads the right to obscenity and parody. He shows up in court in underwear cut from an American flag, goes to jail but manages to bring two cases to the Supreme Court. In 1987, the highest American court ruled in his favor against a televangelist mocked in a publicity parody.

Milos Forman paints a glowing portrait of him in an eponymous 1996 film where he is played by Woody Harrelson. “I have to admit I never bought the magazine Hustler and I don’t think I’ll ever buy it, ”the director wrote in a preface to Flynt’s autobiography. “But as long as I live, I will always admire Larry Flynt: his life, his courage and his tenacity.”