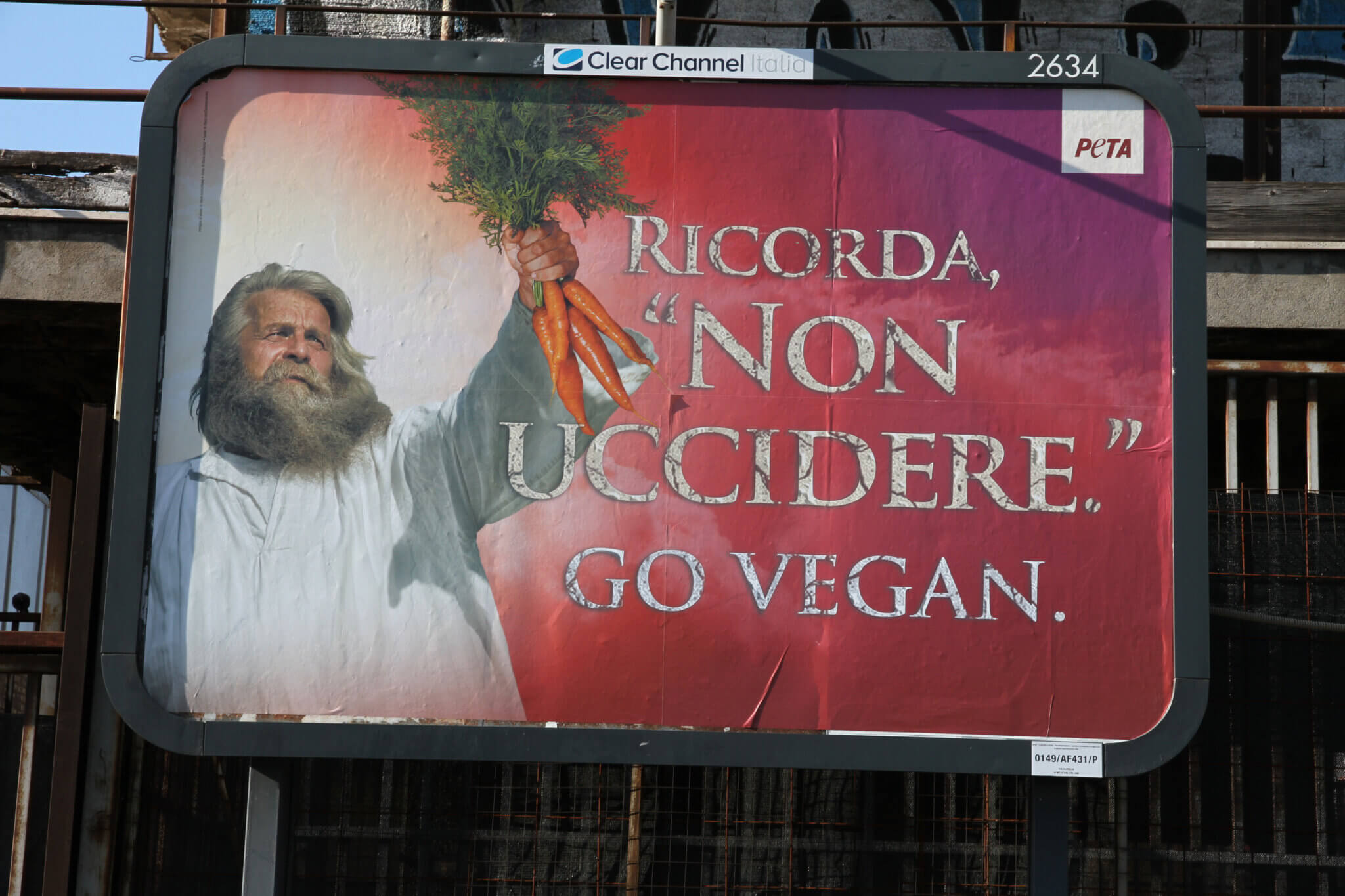 As Easter Sunday quickly approaches and following Pope Francis’ message calling for kindness for Lent, PETA founder Ingrid Newkirk sent a letter to His Holiness asking him to follow in the footsteps of Saint Francis of Paola – who took a vow of non-violence and refused to eat animals – and to encourage Catholics to extend the principles of charity and compassion to all beings alive by leaving the animals off their plates at Easter.

Christian compassion should be extended to all living beings

Some passages in the Bible make it clear that God wanted a world where humans and other animals coexist in peace, and where humans care for them rather than exploit them and send them to a terrifying death. In Genesis in particular, God says that the seed-bearing plants and the seed-bearing fruits of the Earth will “serve you as food”. However, many Christians today commemorate the resurrection of Jesus by eating lambs, babies less than 6 months old.

Sheep are social and sensitive animals that experience pain, happiness, friendship, and fear just like humans. Like you and I, when lambs are stressed or isolated they show signs of depression and they also show fear when separated from their social group or approached by strangers. In milk and meat farms, the lambs are separated from their mothers, crammed into trucks, often without food or water, for the arduous journey to the slaughterhouse. Their lives come to an end in violence and terror and some are still conscious and struggle in vain as the workers slit their throats.

In her letter, the president and founder of PETA notes that “Saint Francis of Paola made a vow of non-violence, in the context of which he refused to eat animals or take from them what belonged to them, such as their eggs or their milk. He asked his supporters to do the same. She calls on His Holiness to encourage Christians to reject the domination, oppression and abuse that is inherent in the violent industry of raising animals for food.

“Thou shalt not kill” – live vegan

PETA UK also posted a campaign near the Vatican, showing Moses brandishing carrots and recalling thatthere are no exceptions to 5e commandment, “Thou shalt not kill.” This should extend to all animals, including lambs that are slaughtered for Easter meals. PETA encourages everyone to celebrate the resurrection with a vegan, benevolent meal that leaves God’s creatures in peace. 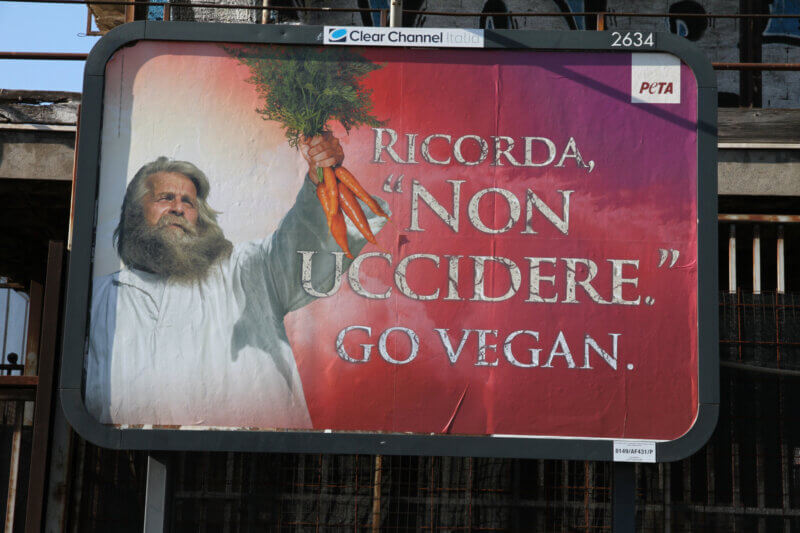 Order our free “Budding Vegan Guide” and we will help you get started in eating vegan so that you no longer participate in animal suffering.