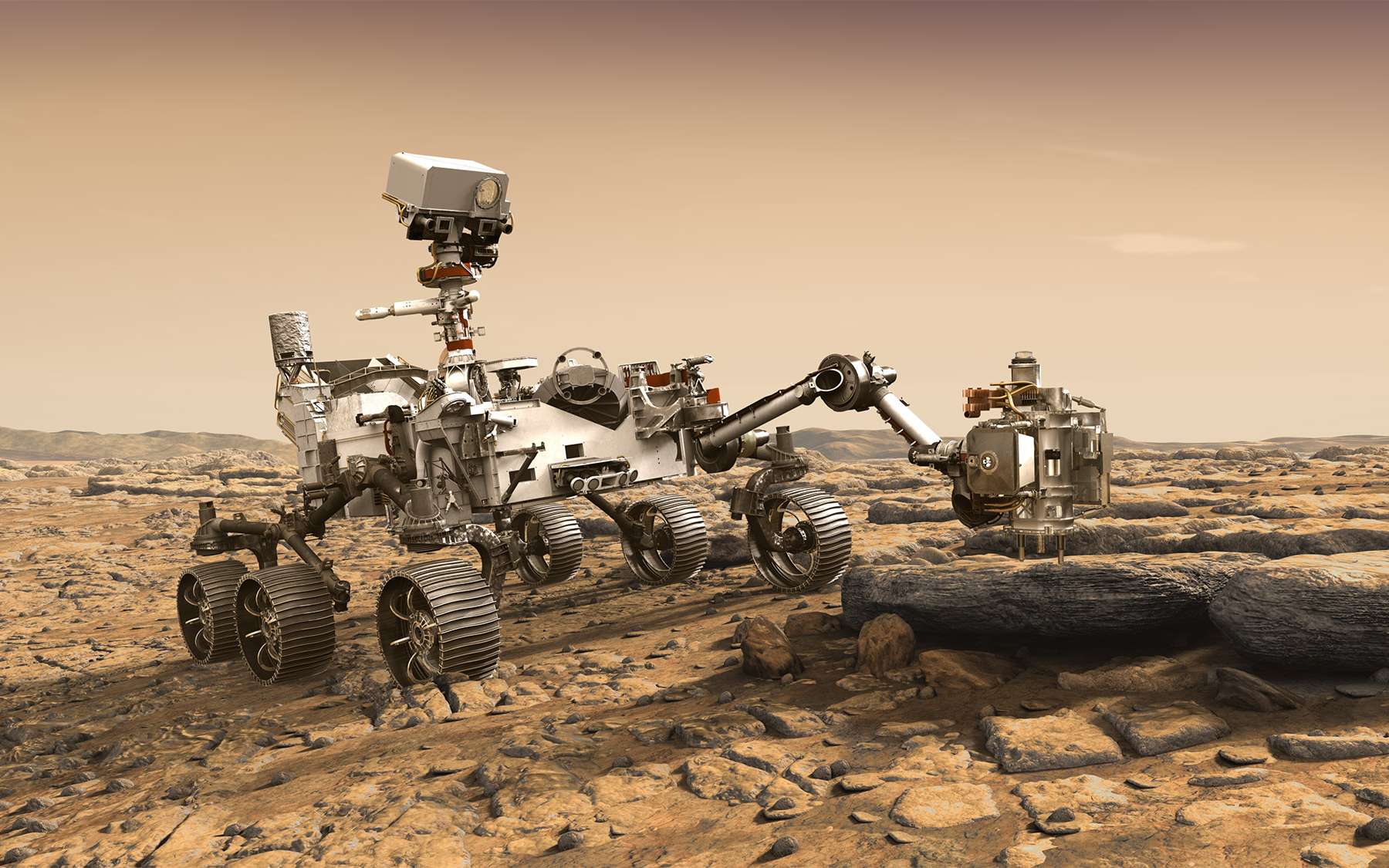 
To date, no country has successfully sent a microphone to Mars. As a result, we have never actually heard the sounds emitted on the surface of the red planet. But with the arrival of the Perseverance rover scheduled for this week, everything should change.

The previous Martian missions allowed us to appreciate the surface of the red planet in images. However, having the sound turned out to be much more complicated.

The Planetary Society, co-founded by astronomer Carl Sagan in 1980, was the first organization to offer to ship a microphone to Mars. We are then in the early 90s, on the eve of NASA’s Mars Polar Lander mission.

After collecting more than 100,000 dollars in funds, Sagan and his team succeed in developing a first instrument capable of withstanding the extreme Martian environment. Ultimately, a NASA committee rejects the idea. A second chance to attach the microphone to the French Netlander mission then arose in 2007. Again, no luck: the mission was canceled.

Several years later, another similar instrument was then developed by NASA to be mounted on the Phoenix lander in 2008. Unfortunately, a technical problem that arose shortly before takeoff finally forced NASA to deactivate the instrument.

A first step with the Insight mission

A first sketch of “martian sounds” was finally shared with us by the InSight mission a few months ago. The lander, on Mars for a little less than two years, had then recorded vibrations caused by wind blowing on scientific instruments.

Unaltered, these vibrations are however barely audible, the latter having been recorded at a frequency of 50 hertz, at the lower end of what the human ear can detect. A difference in frequencies that we owe to the Martian atmosphere, very fine and very sparse (1% of the Earth’s atmosphere).

That’s why NASA then shared this audio file with us with a sound shifted six octaves, so that we could hear them.

With Perseverance, whose landing is scheduled for Thursday, February 18, NASA promises us this time to listen to the real undulating sounds on the surface of the red planet. To do this, not one, but two microphones will integrate the Mars 2020 mission.

A first instrument will be installed on the Perseverance Descent Module (EDL). Thanks to an accompanying video camera, we will be soon able to appreciate a landing on Mars with sound and image.

The second microphone will be installed on the rover’s SuperCam. This set of instruments (a camera, two lasers and four spectrometers) will be deployed to analyze organic compounds in rock samples that may contain traces of past microbial life.

In addition to sharing the various surrounding sounds with us, these two microphones can also alert engineers to the state of health of the rover itself. The strange noises of the mast rotating could, for example, allow them to diagnose various technical problems.