Over 500 civilians killed since coup in Burma 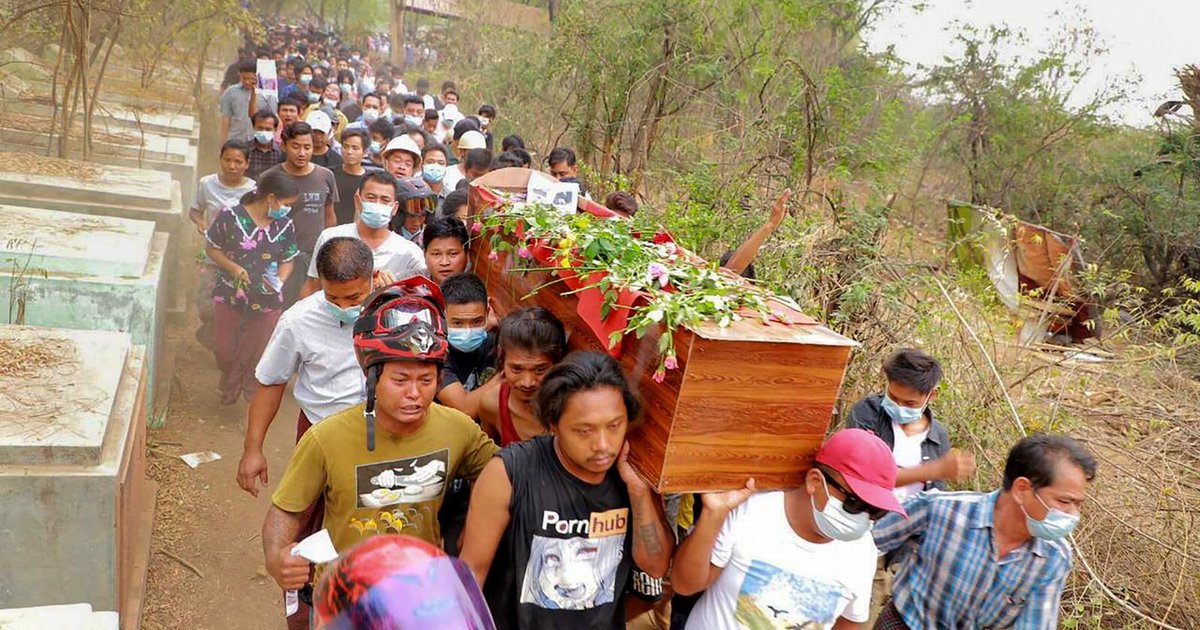 More than 500 civilians, including many students and teenagers, have been killed by security forces since the February 1 military coup in Burma, according to the Association for Assistance to Political Prisoners.

“We have confirmed 510 deaths,” said the NGO, which specifies that the toll “is probably much higher” while hundreds of people, arrested in the past two months, are missing.

The toll was particularly heavy on Saturday, “Burmese Armed Forces Day”, with more than 110 people killed, including seven minors. Despite the deadly crackdown, protesters took to the streets again on Monday. Fourteen civilians perished, especially in the east of Yangon, the economic capital, according to the AAPP.

Funerals were held for the victims of the last few days and large crowds surrounded the coffins, some waving with three fingers in resistance.

Faced with this bloodbath, Washington announced the immediate suspension of the framework agreement on trade and investment concluded in 2013 with Burma, until the reestablishment of a “democratically elected” government.

France denounced “the indiscriminate and murderous violence” of the regime and demanded the release of “all political prisoners” including Aung San Suu Kyi, still in solitary confinement. London, for its part, has called for an emergency meeting of the UN Security Council, which will take place behind closed doors on Wednesday.

Read more: The Burmese junta imagines itself as an enlightened despot

But Burmese generals have so far listened to Western protests and sanctions. They were also able to count on the divisions of the international community. China and India refused to formally condemn the coup. Russia maintains close ties with the junta: Deputy Defense Minister Alexander Fomin took part in the annual parade of the Burmese armed forces on Saturday. The Kremlin is certainly worried about the “growing” number of the dead, but declared that Burma remains a “reliable ally and a strategic partner” with which it wishes to strengthen its military relations.