One of the last two Mormont activists fell from a tree 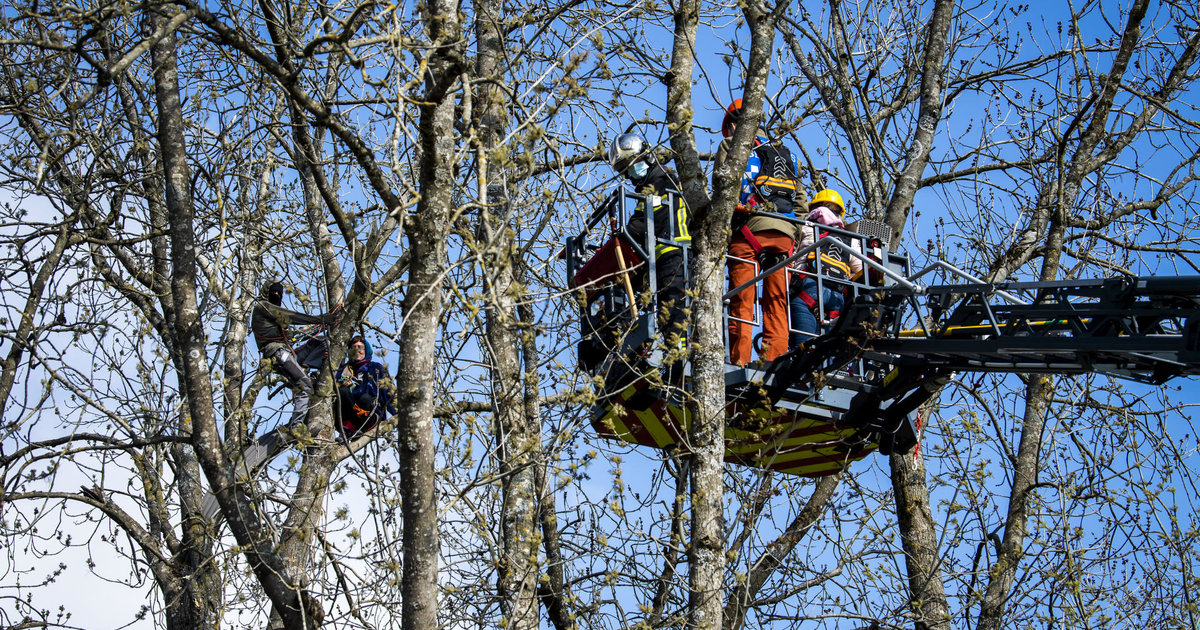 One of the last two Zadists, who refused to evacuate the Zad du Mormont on the Vaudois plateau, fell on Saturday from the tree where he had perched. The accident happened before a demonstration of support in Lausanne. The other Zadist still there has also left his perch.

The man fell from five to seven meters around 11:30 am. He was held back by his own rope and was able to regain the ground himself. He “spontaneously declared to those present that he had made a bad manipulation with his ropes”, underlines the Vaud police in a press release. Slightly injured, he was taken to hospital for a check-up.

Medical personnel were present at the site. The fall took place just after the end of a contact between the doctor of the outpost medical detachment (DPMA), the police negotiator and the two activists who were in the tree. The prosecutor on duty was informed in order to establish the circumstances of this accident, the police said.

The other Zadist who was still there, came down from the tree shortly after, police said. The young woman was also taken to hospital for a check-up, police said.

An event in Lausanne

The Zad de la Colline collective, which announced shortly before the fall, accused the police of having “pushed our hero into error”. “This person is very experienced and his error can only be due to the lack of rest and the material seized (sleeping bag, gloves, warm clothes)”, write the activists on social networks.

In the early afternoon, a demonstration in support of the ZAD began in Lausanne. A procession, bringing together more than 500 people, left from the Place du Château.

Read also:
In the canton of Vaud, the Greens will launch an initiative to save the Mormont hill